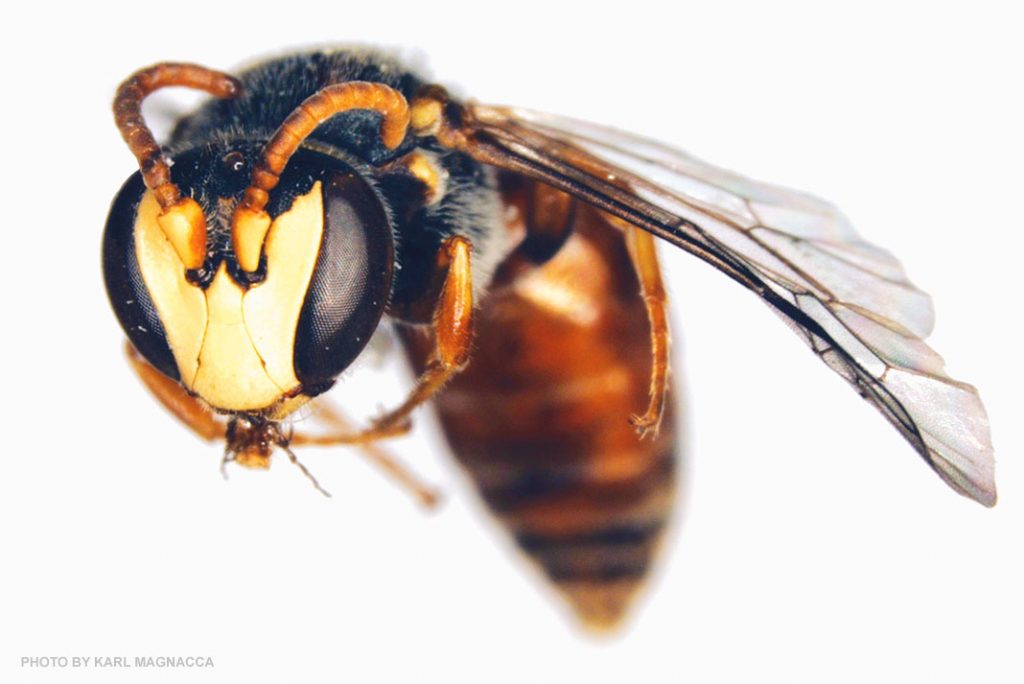 People worldwide are concerned about honeybee health. But how are our local pollinators faring? Karl Magnacca, the authority on Hawaiian Hylaeus, or yellow-faced bees, recently gave a presentation at the Pukalani Community Center to a packed audience.

Hawaiian Hylaeus are extraordinary examples of evolution. Several million years ago, a single female bee landed in Hawai‘i — probably blown here by a storm from Japan. She used sperm stored in her body to populate her new home. Over many generations, her descendants evolved into sixty-three distinct species. They inhabit every island ecosystem, from arid coastline to wet cloud forest. They are Hawai‘i’s only native bees; all others hitched rides here with humans.

So why should we care about these wee invertebrates? Hawaiian Hylaeus are critical pollinators of native flora, says Magnacca. Many Hawaiian plants produce “tiny, unrecognizable, or totally bizarre flowers . . . nothing showy enough to attract a honeybee.” Meanwhile, Hawaiian bees prefer the minuscule inflorescences found on ‘iliahi (sandalwood), ‘olapa and other trees. “They love ‘akoko,” says Magnacca. “They swarm all over it.”

A nineteenth century British entomologist called Hawaiian Hylaeus “the most ubiquitous of any Hawaiian insects.” But as their favorite pollens have disappeared, so did have the bees. We can help reverse this trend by replanting native shrubs and trees.