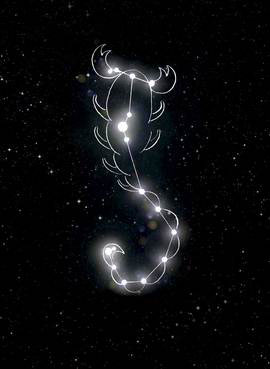 Take advantage of Maui’s warm summer nights by gazing up into the star-speckled sky. Three major constellations can be seen now, used by Polynesian wayfinders and known in the West as the Southern Cross, Cassiopeia, and Scorpius. The Hawaiians named the latter Manai-a-kalani, after the magical fishing line that Maui used to haul the islands out of the sea. The constellation’s bright red heart is called Lehua Kona, after the red blossom of the ‘ohi‘a tree.

Cassiopeia, a collection of five stars in the shape of a “W,” may not resemble a reclining Greek queen, but it does look like a soaring frigate bird, for which the Hawaiians named it Iwa Keli‘i.

Known to early Greek astronomers, the Southern Cross was forgotten in the Northern Hemisphere as it slipped below the horizon over several centuries. Hawaiian navigators relied on the Southern Cross, called Hanaiakamalama; its central stars led them due south. Don’t miss the kite-shaped constellation hanging low against the horizon. Hawai‘i is the only place it can be seen in the U.S.

If the stars seem brighter here in the tropics, it’s because we peer through the thinnest belt of the earth’s atmosphere—though our relative lack of light pollution helps, too!

Grow Your Own Fireworks