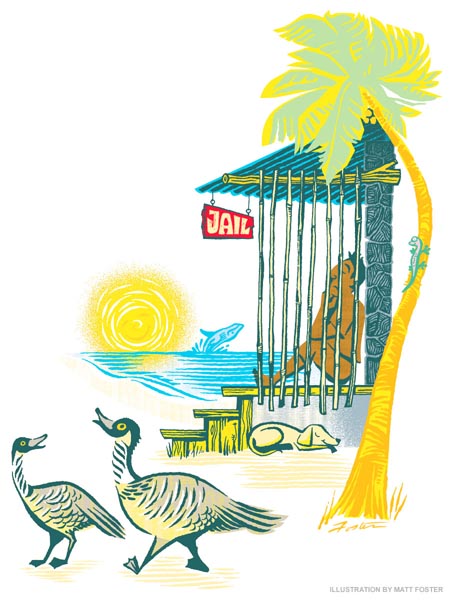 In 1986, Hawai‘i lawmakers passed the “Aloha Spirit” law (Hawai‘i Revised Statutes, section 5-7.5), which recognizes the aloha spirit “as the working philosophy of native Hawaiians . . . presented as a gift to the people of Hawai‘i.” The late Aunty Pilahi Paki wrote the law because she foresaw a twenty-first-century world in deep strife that would look to Hawai‘i for healing. Aloha would be its remedy.

According to the law, all Hawai‘i citizens and government officials must conduct themselves with aloha. It is virtually impossible to enforce the Aloha Spirit law, but longtime Maui resident Deidre Tegarden remembers a time when it worked just as Aunty Pilahi intended.

It was April of 2012 and Deidre was the protocol officer for then-Hawai‘i Governor Neil Abercrombie. She stood on the Honolulu Airport tarmac awaiting the arrival of a high-ranking dignitary from the People’s Republic of China. The plane landed but the VIP failed to emerge.

Several awkward minutes later, an aide appeared. She explained there would be no meeting because, much to the disappointment of Beijing, the governor had met with the Dalai Lama two months prior.

Thinking quickly, Deidre responded in her very best Mandarin, “The governor of Hawai‘i always meets with every world leader because Hawai‘i is the Aloha State and our laws require us to extend aloha to everyone.” But the aide was unimpressed. There would be no meeting.

Later, the aide called. She said that after researching the Aloha Spirit law, they understood the governor was legally obligated to show aloha. She asked if he was still willing to meet. Their friendly meeting resulted in an annual holiday gift exchange between Beijing and Honolulu that endures today — ours being a box of chocolate macadamia nuts, of course.

Smart, Aunty Pilahi. She knew that a humble box of mac nuts and a little aloha could instigate a move toward world peace.