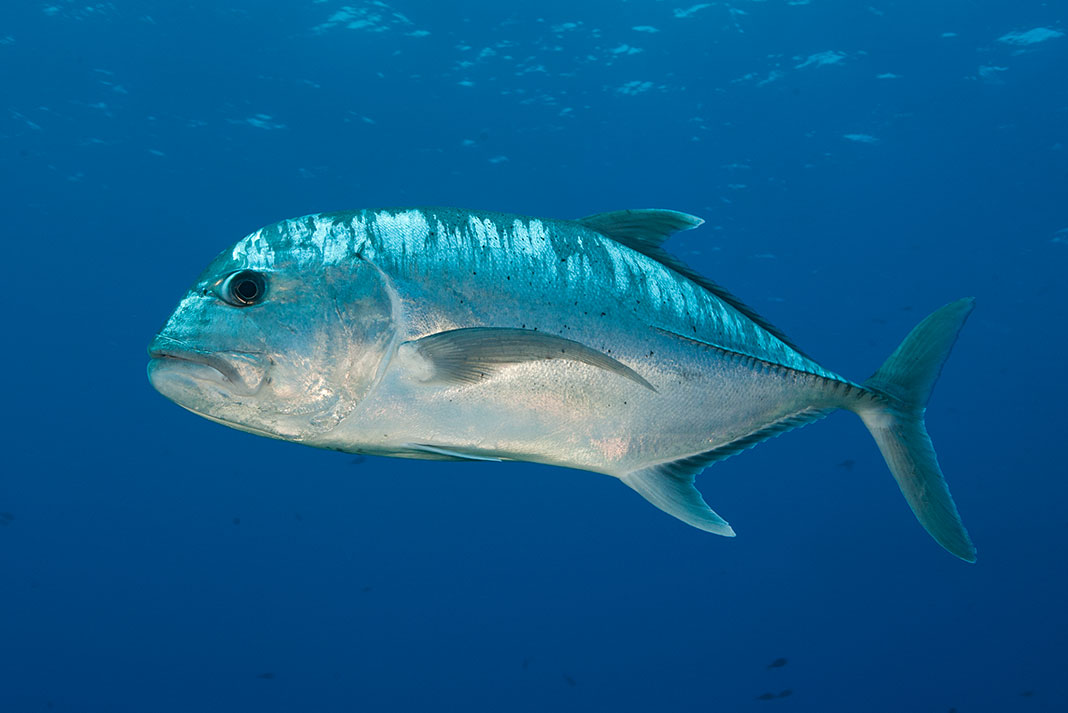 The Hawaiian proverb Aia i ka huki ulua means “gone to haul in ulua.” It refers to the giant trevally, one of Hawai‘i’s most prized gamefish. What it really refers to?

A lady reeling in her man.

Ulua are no easy catch. The powerful, deep-sea-dwelling predators can weigh over 100 pounds of brutish muscle. And they’re smart. When fishermen attempt to reel in one of these monsters from shore, the hooked fish surges toward the open sea, then doubles back to slice the line against the reef.

Ulua inhabit tropical waters from Hawai‘i to South Africa, but nowhere else do they grow as large, or figure as prominently in local culture. Ancient Hawaiians revered ulua; the noble fish could stand in when a human sacrificed was called for. The Hawaiian Islands themselves were said to be the flesh of Pimoe, a giant ulua that broke into eight pieces after being snared by the demigod Māui.

The silver-skinned fish migrate into deep water at night and return closer to shore at dawn. Ten years ago, marine biologist Carl Meyer discovered another of their migratory habits, associated with summer full moons. While tagging ulua in the French Frigate Shoals, Meyer noticed that, during the summer months, fish from across the atoll congregated at a particular site. In the light of the full moon, hundreds of ulua swam en masse to a place dubbed Rapture Reef. Females paired off with males and sank to the sandy bottom to release thousands of eggs and sperm.

Similar ulua rendezvous likely exist in the main Hawaiian Islands. Scientists have yet to locate them; the fish remain cryptic. Which brings to mind another proverb, said in admiration of a hero who won’t yield without a struggle: ‘A‘ohe ia e loa‘a aku, he ulua kāpapa no ka moana. “He cannot be caught; he is an ulua of the deep ocean.”