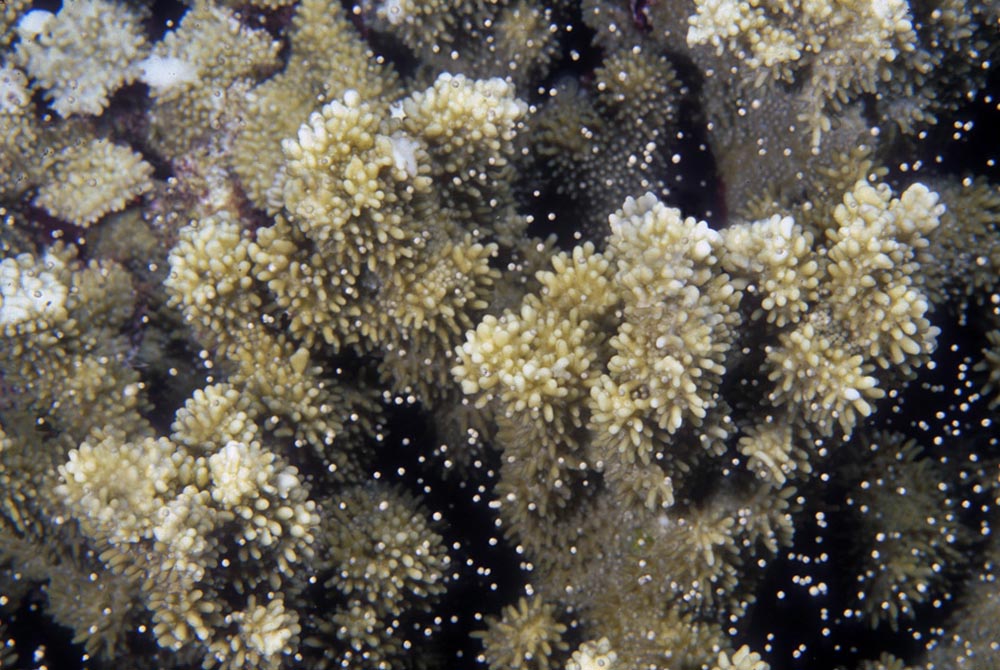 Few people think of corals as animals (they are) and even fewer contemplate their sex lives. But truth be told, a coral spawn is a magical event.

Corals belong to the phylum Cnidaria along with sea anemones and jellyfish. Unlike their soft-bodied kin, coral polyps secrete carbonate exoskeletons and cement themselves to the ocean floor. And while the structure of a reef may look like rock, it is actually colonies of living corals.

Hawaiian waters are home to numerous coral species, named for the shape of their colonies — cauliflower, antler, mushroom, finger and rice. Throughout the year, corals engage in a flurry of sexual reproduction linked to the lunar cycle. But how do they propagate and share their DNA if they are immobile? 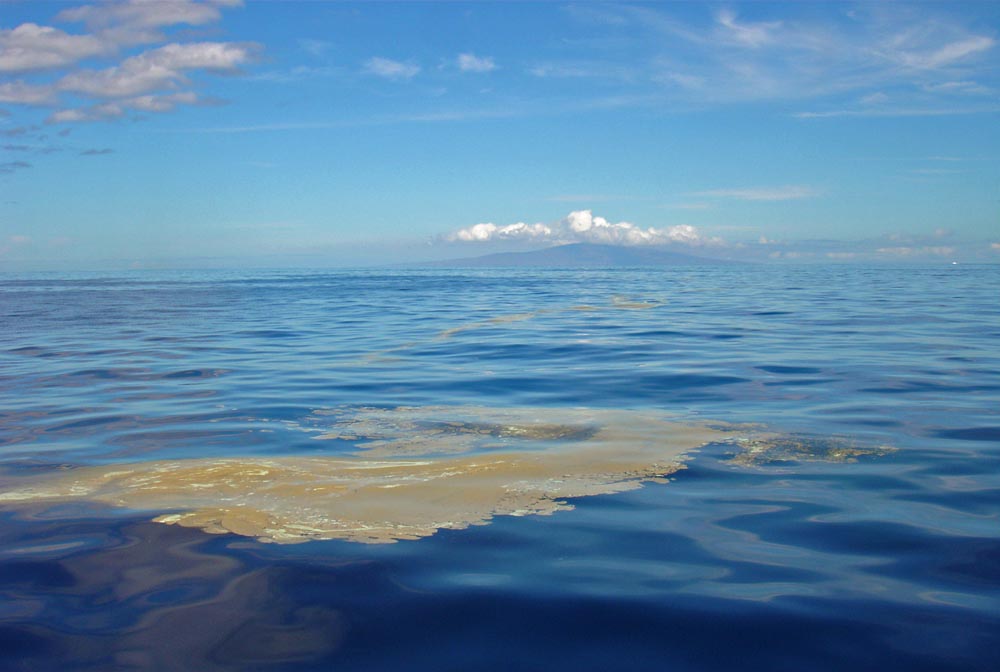 Each species responds differently to environmental clues, and when the time is ripe, they simultaneously release their eggs and sperm. For example, rice coral predictably spawns a few days after the new moon, June through August, and between 8 and 10 p.m. In the nascent moon’s wan light, the corals release bundles of gametes by the thousands. Most bundles float to the surface, where they break apart, releasing eggs and sperm; ideally, the eggs are fertilized by sperm from neighboring colonies and develop into larvae that drift in the currents with the goal of establishing new populations elsewhere. Biologists tracking a spawning event from a reef on Maui were surprised to discover that these larvae traveled more than 35 miles and reached Lāna‘i within 20 hours!

After a spawning, a strong-scented slick floats on the ocean’s surface; people often report it as pollution, not realizing that it’s evidence of reef regeneration. “It smells kind of fishy,” says marine biologist Pauline Fiene, who guides dive trips during spawns with her company, Mike Severns Diving. “It’s a really wonderful smell because you know that spawning occurred that night.”