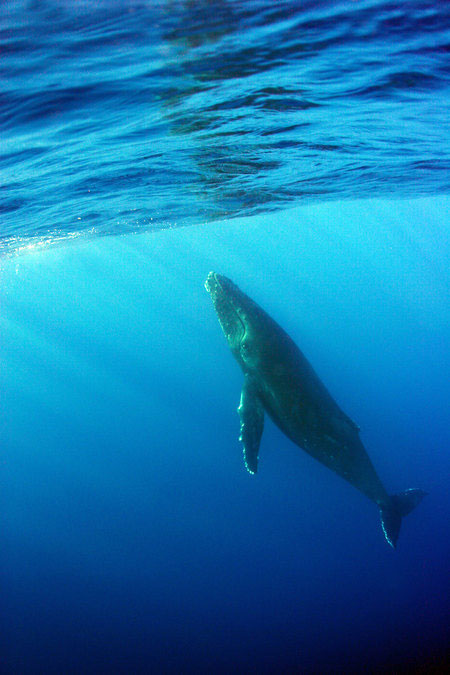 Every winter, Hawai‘i entertains around 4,000 very special visitors: North Pacific humpback whales, or kohala, returning from their summer vacations in Alaska. Female kohala are here to give birth, escort their yearlings on their first migration, or cozy up to a new love. Males have only the last thing on their minds—and they’re singing songs of romance.

Scientists don’t know for sure whether these 30-ton singers are wooing the ladies with ballads that sound like something between a creaky garden gate and a snoring elephant, or simply staking their territory. But they do know that each year, male humpbacks migrate to Hawaii humming last year’s hit tune. Cows (female whales) occasionally vocalize, but aren’t known for the impressive compositions performed by bulls. Kohala songs are composed of repeating musical phrases, a collection of comical clicks, heart-rending groans, questioning yelps, and satisfying hums. While most human symphonies incorporate three or four repeating phrases, the kohala improvise on up to seven distinct themes. Amazingly, the whales are all singing the same song! Even more astounding is the fact that over the course of each winter, the song collectively evolves. North Pacific humpbacks, cruising the waters between Alaska, Japan, Hawai‘i, and Mexico, sing a different tune from that of their Southern cousins in Australia, the South Pacific Islands, and Antarctica.

Of all the Hawaiian Islands, Maui may be the best place to witness the kohala, as they favor the protected waters of Ma‘alaea Bay. Don’t miss out on this year’s underwater hit: tune in to the Whalesong Project’s (www.whalesong.net) live online broadcast of Maui whales.

The haunting, sometimes hilarious melodies are recorded using a hydrophone attached to a buoy just off the coast of Kihei. Better yet, just dip your head below the surface and listen. It’s easy to hear whale song, which the unaided human ear can detect from 5 to 10 miles away.

Don’t blame us if you fall in love.