Long ago, the fishermen at Mala, a village near Lahaina, would paddle out in search of ‘ōpelu—a silvery, schooling mackerel scad, delicious and highly prized. Maneuvering through channels in the reef to the open ocean, a fisherman might repeatedly thump his canoe with the paddle, and an ‘ōpelu māmā (barracuda) would glide into view and hover close by. When he sighted ‘ōpelu, the man would toss some tempting morsel into the water to attract them, then cast his net. The ‘ōpelu māmā, a top ocean predator feared by nearly all fish, would go to work, intimidating the school from above, herding them into a huddle near the bottom of the net. Hauling the teeming net into the canoe, the fisherman would feed his companion from the catch—a guaranteed reward that saved the barracuda the trouble and energy of hunting, always a hit-or-miss proposition. This relationship, once established, would endure their whole lives.

For Charles Robert Lindsay, this is no fish story, but family lore. “My grandfather fished that way, from Lahaina to Ukumehame,” says Lindsay, a kama‘āina (native-born) whose roots in the region go back generations. When I ask him how the practice of fishing with another fish came to be, he says his ancestors “probably noticed that the barracuda hung around when they were fishing, and worked with the natural inclination of the fish. Hawaiians were incredible observers. They were part of nature, and nature was part of them.”

The Kumulipo, a Hawaiian creation chant, says that, at the beginning of time, when matter solidified from the chaos of the new universe, the first animal to take form was the coral polyp, builder of the reef, and after its arrival the world of the ocean began to populate:

Centuries before Darwin conceived the theory of evolution, Hawaiians knew: On the spinning earth, covered in a dark sea, life began in the oceans. 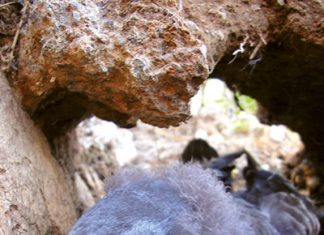 Wedge-tailed shearwaters spend the majority of their lives at sea, where they feed on baitfish and squid. They return to Hawai'i each spring to nest.