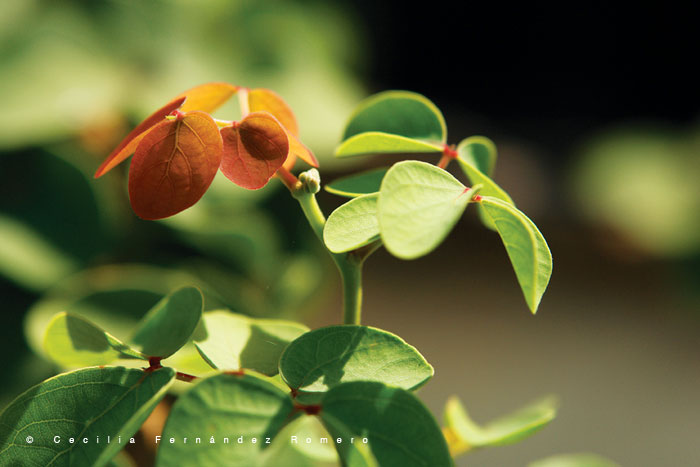 Long before humans touched the shores of the Hawaiian Islands, Maui’s dry central plains were a riot of native loulu palms and a‘ali‘i shrubs. Where sugarcane and suburbs stand today, giant flightless birds foraged, unaware of their impending extinction. A major component of that ancient forest is now missing, known only from pollen records. Botanists couldn’t decipher what this presumably extinct plant was, but soil samples showed that it once dominated Hawai‘i’s lowland forests.

In 1992, Ken Wood, a botanist with the National Tropical Botanical Garden, was surveying Kaho‘olawe. Ravaged in the past by feral goats, sheep, wildfires, and military bombing, the uninhabited island had been reduced to lifeless hardpan—not exactly fertile soil for solving a plant mystery. Nevertheless, that’s what happened. Wood rappelled down Kaho‘olawe’s southern cliffs and clambered across some rocks to explore ‘Ale‘ale, a tiny sea stack just offshore. He found an intact shrubland with native plants aplenty—including one unfamiliar legume. Could it be the missing species? “I was so excited,” says Wood. “Time stopped.”

Kanaloa Kahoolawensis, as it was later named, closely matches the mystery pollen from historic records. Its discovery adds not only a new species, but a new genus to the scientific records—a rare occurrence in modern botany.

Keeping the single known kanaloa plant alive has required tenacity and daring. Wood and his colleagues were horrified when a drought a few years back almost extinguished this sole remainder of a rich chapter in Hawai‘i’s natural history. They began aerial visits to the sea stack, landing a single helicopter skid on a boulder nearby and jumping out to water the plant. They collected seeds, a few of which have been successfully cultivated. Thanks to some dedicated conservationists, this rare relic may see another season.