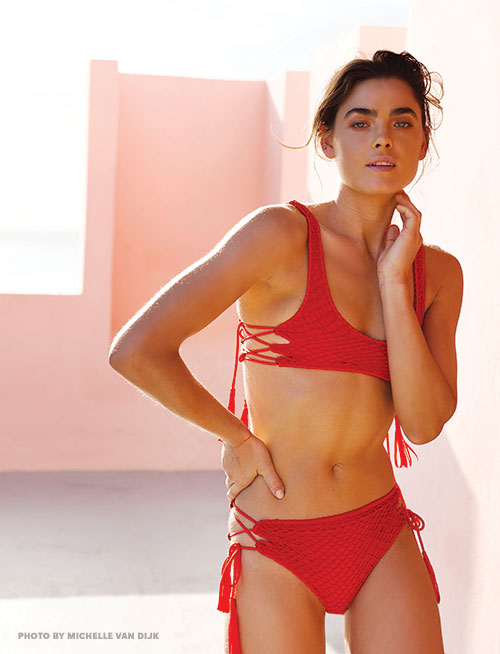 Ten years ago, a feisty young upstart from Maui set out to sway the fashion industry away from “granny panty” swimsuits. “Those wide-cut bottoms just didn’t do the butt justice,” declares Naomi Newirth, founder of Acacia swimwear. Today Naomi’s high-fashion designs are synonymous with the sexy, cheeky cuts that have redefined the industry and captured celebrities like Rhianna and Beyonce.

Long before Acacia made its fashion splash, Naomi had been unhappy with the swimwear selections she found in stores. She began cutting and sewing her own bikinis in high school, and later made frequent trips to Bali. Her time there deepened her understanding of swimwear design, honed her vision for Acacia, and opened opportunities for production in Indonesia. After completing her degree at the Fashion Institute of Design & Merchandising in Los Angeles, Naomi hit the streets with the first collection she and a partner bootstrapped. 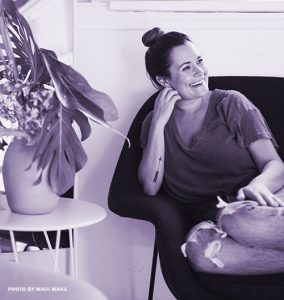 Getting a foot in the door wasn’t easy. It was 2008 and Naomi was living in California, hustling sales calls and hosting trunk shows to get the word out. Over and over, buyers refused the line. The cuts were so out of the norm that she was told repeatedly she would fail.

Fast-forward a decade. Now such media giants as Bazaar, Elle, and InStyle clamor to break her latest releases in their folds.

“I wouldn’t trade that beginning,” Naomi says. “We grew slow, but I got to learn the business from the inside out.”

She eventually returned to the islands, went on her own, and took the brand international.

If you want to go global, it seems counter-intuitive to park yourself in the middle of the Pacific Ocean, but for Naomi, coming home was a watershed. “Being in L.A., you get so caught up,” she explains. “When I moved back to Maui is when Acacia really took off.” Rather than following trends, she sticks with what she likes: casual clothes you can throw on to go to the beach, or dress up to go out.

Naomi attributes the line’s success to the work she’s invested in perfecting Acacia’s patterns and fit. She keeps her signature cuts and style attributes—such as seamless structure, patterned lining, and buttery soft fabrics—while exploring new possibilities. One innovation she’s working with for her 2019 collection is a new fabric that provides a slimming and supportive fit. She’s more sympathetic to mom-bod issues since giving birth to her son two years ago, and is set to release her first line of little boys’ swimwear—undoubtedly inspired by the same event. Acacia.co