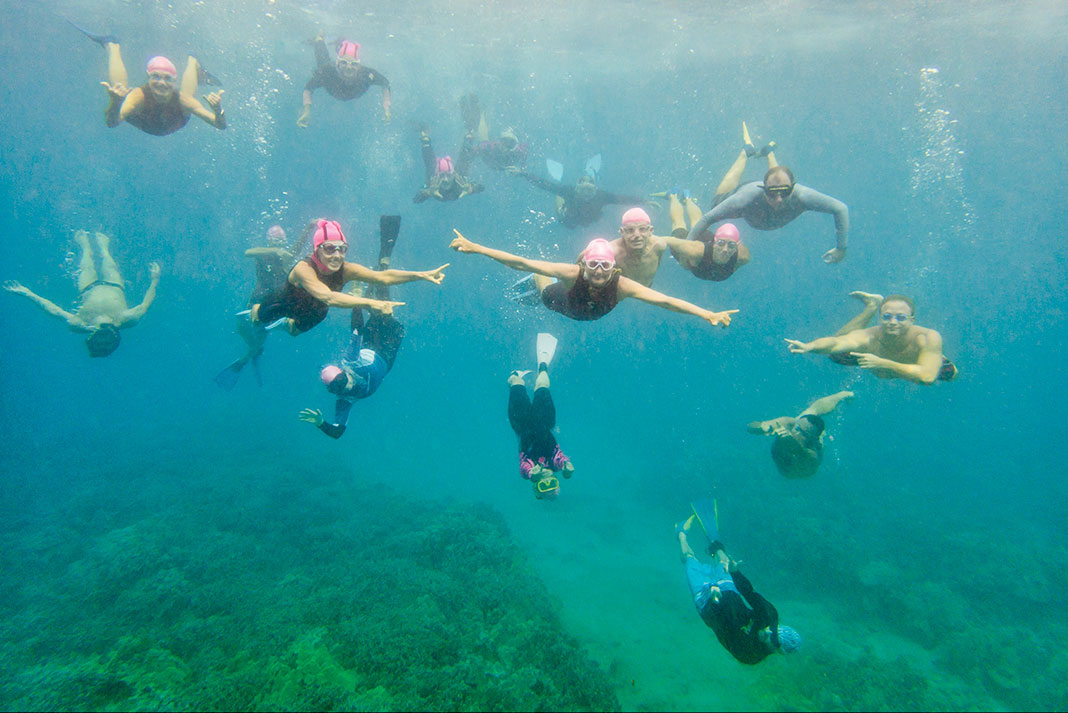 Black fins in the water!

Ever since the movie Jaws, those words cue ominous theme music in some minds. But for a group of adventurous Maui ocean swimmers who call themselves the Pink Caps, the sight of those fins triggers delight.

There are nearly 100 of them—spinner dolphins glide through the water, dozens rising in unison toward the surface. Mothers with babies. Pairs of males swimming side by side. Scores of them pass under the humans, just out of reach. It’s dolphin soup. It’s an immersion in ecstasy.

Close encounters with those smiling cetaceans are a rarity, even for this group of friends who have been swimming off Mākena beaches and points further south most Sunday mornings since the nineties. High on their list of memorable events is the day a pod of dolphins approached the Pink Caps, starting and stopping whenever the humans did. They clearly wanted to play. At some point, Doug Rice gave his pink cap to one of the dolphins, which proceeded to share it with others in the pod. When the humans finally stopped swimming with them, the dolphins returned the cap, knowing exactly whom it belonged to. 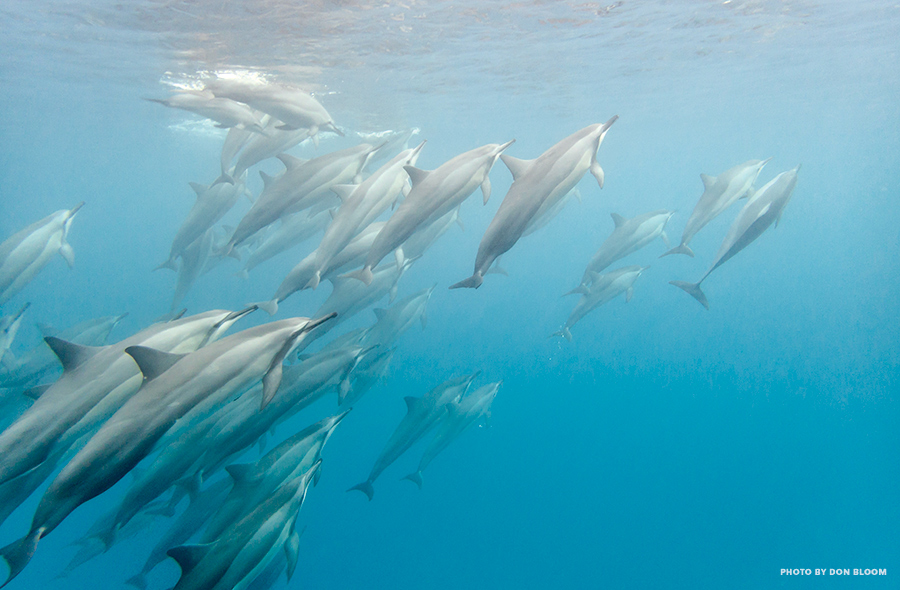 Far more common than dolphins are visits by rays, turtles, and other undersea creatures—regular accomplices on Pink Caps outings.

“It seems like everybody’s curious about everybody,” says Rice. “On both sides. Sometimes the manta rays will come up and be real interactive; same way with the eagle rays and the turtles, but it varies from day to day. The rule is, you can look, but don’t touch.”

Doug and his wife, Christine Andrews, were part of the core group that evolved into the Pink Caps. They met, appropriately enough, at the swimming pool at the University of Hawai‘i at Mānoa, where the two were grad students. After moving to Maui in 1989, they quickly discovered the Masters Swimming workouts at War Memorial Pool in Wailuku, and the rough-water ocean races that used to take place on island beaches several times a year.

It was Christine who provided the group’s signature fashion statement. After ocean-swimming friends on O‘ahu were seriously injured by a boat propeller, she and Doug ordered bright pink caps as a safety measure for the Maui group, which numbered around twelve at the time. They put names on the caps and gave them as Christmas presents.