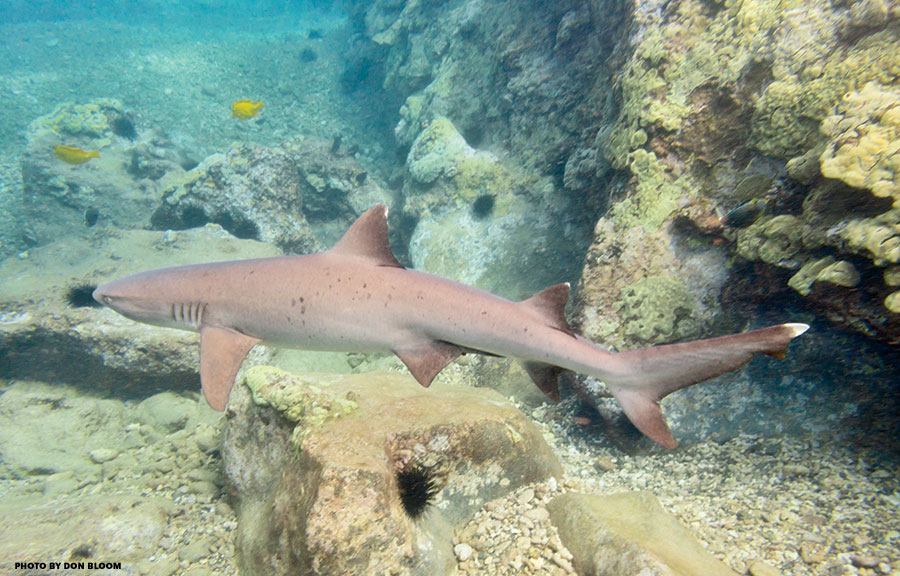 Becoming part of the group is a matter of natural selection. All it takes is being able to swim a couple of miles across stretches of open ocean that can be cold, buffeted by winds and currents, and inhabited by wild creatures—some larger than you are. Conditions may be gorgeous or challenging (sometimes both at once), but unlike a swimming pool, are never the same.

Newbies and inexperienced swimmers are not encouraged, but as more swimmers with different skill levels showed up, the group has diversified. 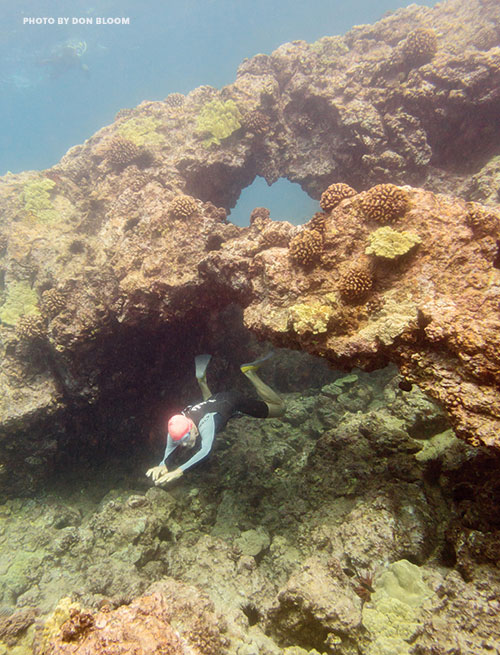 “Basically it’s like three groups now,” says Rich Landry. “The fast group . . . swims all out as far as they can before they have to head home. And the medium group, [which] I pretty much head up, will stop and see things; we’re swimming slow enough that we don’t miss a manta ray or a stingray. Then there’s the social group who sees every fish on the way out and on the way back.”

Don Bloom happily puts himself into the third group—“the lollygaggers. We stop all the time and chat a lot. We look at turtles. We definitely don’t push ourselves.”

Don’s got another excuse. He’s the guy with the camera. Owner of Tropical Light Photography, Don specializes in architectural and design work. His underwater images of the swimmers comprise a unique genre. One of his Pink Cap shots is prominently displayed at the Smithsonian Institution’s Museum of Natural History in Washington, D.C.

His group portraits of swimmers bear some resemblance to a school of tropical fish, as they fly, dive, flip, hang upside down and otherwise seem to defy gravity against sublime turquoise backdrops. Above them, the ocean’s surface provides a glass ceiling swirling with color.

His sea-life photos are far more sublime. For Don, the appeal of the Sunday swims “is seeing wildlife in the water that’s not wary of man. They have no fear of people, which allows us to get closer to them.” 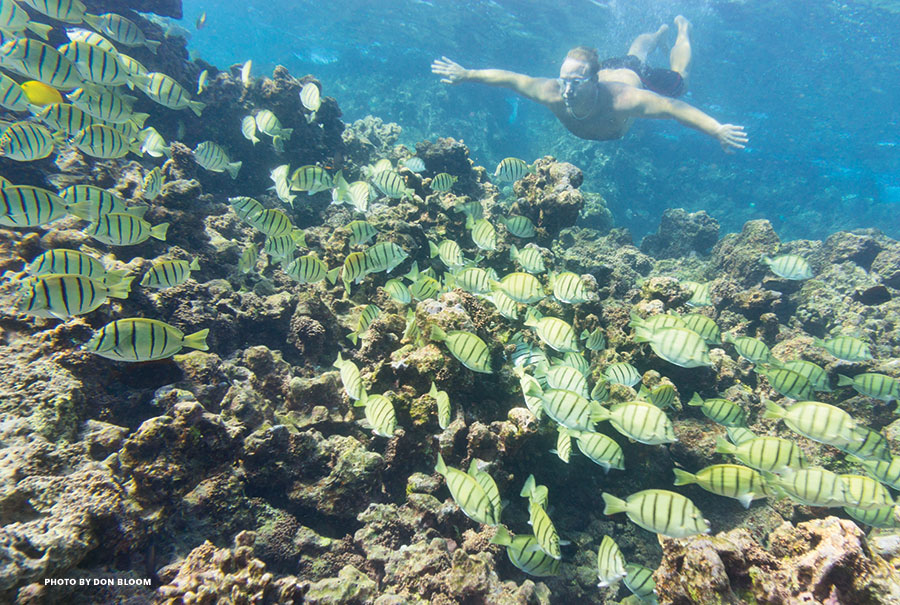 For serious watermen and women—surfers, paddlers, divers, spear fishermen and the like—the relationship with the sea is thrilling and can be dangerous, but also spiritual; the ocean is a soulful place unlike any other.

Among humans, open-water swimmers have perhaps the most primal place in Maui’s Pacific pantheon. They know intimately the sound of their breath and their bubbles. The word “Zen” creeps into their conversations. They don’t talk about being on the water, but in it, in its embrace. The Maui Pink Caps are not there to conquer or to prove anything, but to find their place in this aquatic realm.