Growing up around Waikiki Beach in the late Territorial era, I heard my first island nicknames. From Diamond Head to Ala Moana, it seemed nobody had a regular handle.

“Chick” ran the Royal Hawaiian beach concession. “Panama” and “Nappy” taught surf lessons. Out on the water, novice surfers kept a wary lookout for canoes steered by “Blue,” “Steamboat” or “Turkey Love.” And you’d never take off in front of master surfers like “Woody,” “Scooter Boy” or “Rabbit.”

Waikiki’s famed Kahanamoku family included “Duke,” “Sarge” and “Tarball,” but they were not alone. Up and down the beach were many more: Fat, Curly, Splash, Tarzan, Freckles, Dude, Dutchie, Sally, Stubby, Tidal Wave, Squeeze, Laughing John and Old Man John.

Hawai‘i’s top pugilist of the day was “Bobo” Olsen, and the most notorious lawbreaker was “Bad Boy” Matias, who once reputedly pole-vaulted to freedom over the Honolulu jail’s barb-wire fence.

After statehood in 1959, Honolulu started taking itself more seriously, and nicknames diminished. You could still hear “J. Akuhead Pupule” and  “Lippy” Espinda on the radio and watch “Zulu” on TV, but the wonderful beachboy nicknames of my youth were passing away with their owners.

A move to Maui introduced a new set of nicknames. In the Lahaina of the late 1960s, “Button Charlie” sat on the wall at Banyan Tree Park and charged tourists a dollar to take his picture. “Captain” Kenny Neizman wore a gold-braided skipper’s cap as he pushed around town a shopping cart stacked with toothy fish drawings. Another Lahaina figure was longtime town chronicler Clarence Agena. Afflicted with poor eyesight, he gave himself the ironic nickname “Bright Eyes.” Vision notwithstanding, “Bright Eyes” kept close tabs on births, weddings, and baby luaus from his carport barber shop.

Equally colorful nicknames were to be found on the other side of the West Maui Mountains. Prominent in county politics were “Iron” Maehara, “Mustard” Murayama, “Banjo” Tamura, “Watchdog” Bulgo and “Pundy” Yokouchi. The last, a self-made real-estate millionaire and arts patron, earned his nickname in childhood. Among the specialties of his family’s Wailuku bakery, the story goes, was the delicious Portuguese loaf called “pan dulce” (sweet bread). Shorten the term, and you have “Pundy.”

Many of the best camp nicknames came from childhood. A kid who loved ice cream became “Ice Cream.” Another who survived a youth of cranial bombardment became “Hard Head.” At card tables under the shady monkeypod trees of the old Kahului Shopping Center, you could meet well into the 1980s cheerful, elderly men named “Five Cent,” “Lanky” and “Baseball.”

Maui’s Hawaiian community has its own registry of nicknames. No ‘ohana is complete without a “Boy,” “Junior Boy,” “Honey Girl,” “Baby,” “Cookie” or “Tita.” Later in life, the addition of the honorific “Auntie” or “Uncle” creates delightful hybrids like “Auntie Baby” and “Uncle Boy.”

As Maui moves into the twenty-first century, the unassuming nicknames of the past will likely evolve to suit our more frenetic and capitalistic times. Future island kids will become “Lear Jet,” “Limo,” “Ipod,” “Xbox” and “Hedge Fund.”

I think I miss the old days, Bunky. 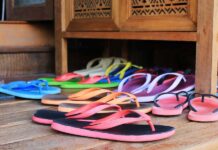