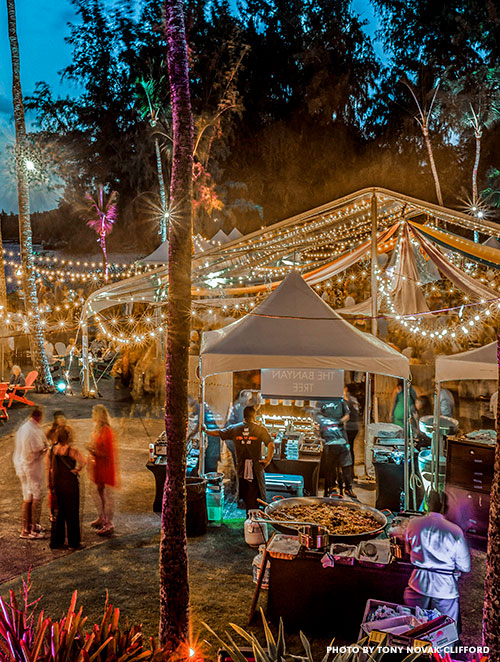 Just when you think it can’t get any better, sommelier fantastico Michael Jordan steps it up another notch at the 2019 Kapalua Wine & Food Festival, running June 6 through 9.

At thirty-eight, KWFF is one of the oldest and most respected festivals in the U.S. But don’t confuse pedigree with stuffy. “We’re all about creating the good hospitality vibe,” Jordan says. “At Kapalua, celebrity winemakers and world-famous chefs are all approachable; guests have real face time with them. That’s a huge difference from other wine festivals.”

Jordan knows whereof he speaks. The driving force of KWFF, he is also director of Global Key Accounts for Jackson Family Fine Wines, and one of only fifteen people worldwide to hold both Certified Wine Educator and International Court of Master Sommeliers diplomas. And he won Wine Enthusiast’s highest honor, the Award of Ultimate Distinction, 2004 through 2009.

This year, Jordan says, two world-famous winemakers—Giorgio Rivetti from La Spinetta, and Roberto Damonte, owner/winemaker at Malvirà—bring a Northern Italian accent to the festival with La Bella Italia Wine Seminar & Tasting, focusing on the Piemonte region. You won’t want to miss it, says Jordan. “Giorgio and Roberto are icons of the industry.”

Rivetti is from Langhe, in the heart of Piemonte, a hilly, vine-covered region known for its isolation and its residents’ fierce adherence to their cultural and winemaking traditions. The area is so isolated, the Piemontese speak their own dialect; until recently, trade with the outside world was minimal. Few people came to Piemonte; few left.

The Rivettis broke with that tradition. Giorgio’s grandfather, Giovanni, immigrated to America in the 1920s, and worked as a wine distributor in Brooklyn. Giuseppe, Giovanni’s son and Giorgio’s father, grew up in the U.S., but returned to his ancestral home as a young man and bought land in Barbaresco, where he dedicated himself to making wine from the native nebbiolo grape. Because he didn’t grow up in the region, Giuseppe had no preconception of doing things the way his forebearers had, and supported his son Giorgio’s desire to learn winemaking in France, under the tutelage of the famous Bordeaux producer Château Margaux. 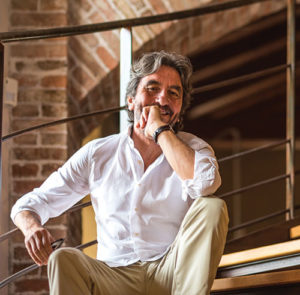 In 1985 Giorgio Rivetti returned to Piemonte and revolutionized the wine industry by introducing modern techniques he had learned in Margaux. He and a few other innovative viticulturists encouraged such practices as snipping nascent nebbiola grapes to encourage more distinctive character and growth in the remaining fruit, and letting grapes remain on the vines a few days longer to ensure peak ripeness. They also made wines in smaller batches and limited quantities. The resulting wines were smoother and more potent, yet still expressed the unique attributes of Piemonte terroir. By 1996, the first of many exceptional vintages were finding wide popularity. Piemonte was on the map. Today, Rivetti’s Barolo and Barbaresco wines sell for upwards of $100 a bottle on release.

Malvirà winery is also in Piemonte, in the hilly, northeast corner of Cuneo province known as Roero. Giuseppe Damonte established the winery in the 1950s, and is considered the godfather of Roero wines, and the original family producer of Roero arneis, a nearly lost grape variety. Today arneis is the region’s most famous white wine.

Giuseppe sons, Massimo and Roberto, now manage the estate with their wives, Federica and Patrizia. The brothers proudly maintain the soil and vineyard treatments their ancestors used for generations, but Roberto, an enologist, studied with Rivetti, and incorporated many of the same practices into his winemaking. “We tried the wines to understand what is good, what is wrong, what is best,” he told Travel + Leisure writer Bruce Schoenfeld, adding that by tasting and comparing, he and others of his generation realized there was much to be gained by incorporating modern techniques. Over the years the wines changed, and with the renewed popularity of Piemonte wines, so did the economy.

Another “don’t miss” event is the Saturday morning Petaluma Gap AVA Wine Seminar & Tasting. AVA stands for American Viticultural Area, and refers to a designated wine-growing region. In December 2017, Petaluma Gap became the newest American region to receive that appellation. “It’s a big deal,” says Jordan. “The Petaluma Gap is the premier gateway to the Sonoma Coast and northern Marin County wine region. Because it’s cold there, really cold, the fruit benefits from a long ripening season, and [the region is] highly regarded by winemakers for its pinot noir, chardonnay, and syrah grapes.” 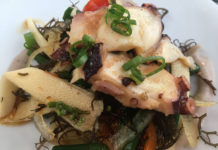