From Hawaiian consultants, to activities steeped in ancient practices, island resorts are creating myriad ways for visitors to connect with the people and traditions of the indigenous culture. 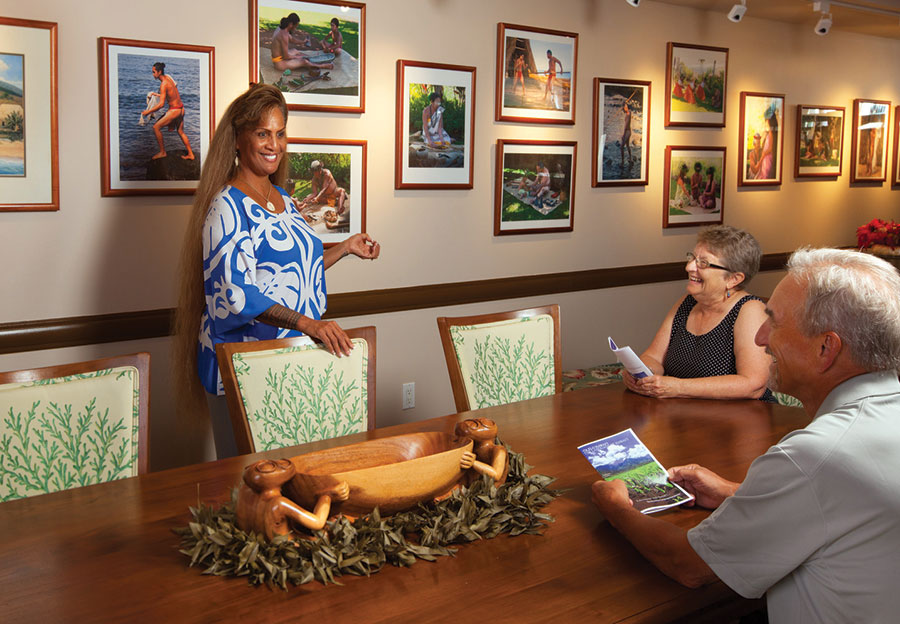 1. Makalapua Kanuha is director of culture for The Westin Kā‘anapali Ocean Resort Villas; connecting visitors to the host culture is both her job and her passion. Guests can visit with Makalapua at the hotel’s Pu‘uhonua Cultural Center, where she hosts Hawaiian language classes and “talk story” sessions every week. The center is open Monday through Friday, 10 a.m. to 4 p.m. WestinKaanapali.com 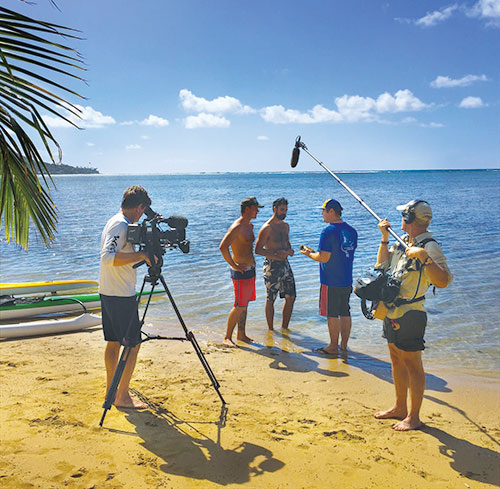 2. To say Mike Lofaro of Grand Wailea’s Humuhumunukunukuāpua‘a restaurant is having a good year is putting it lightly. Within months of being voted Chef of the Year at Maui Nō Ka ‘Oi Magazine’s 2016 ‘Aipono Restaurant Awards, Lofaro collected an Emmy for his work on the culinary adventure series SEARCH Hawaii. The show follows Chef Mike and Grand Wailea cultural advisor Kainoa Horcajo as they gather ingredients across the islands and create dinners based on the Hawaiian moon calendar.

3. SEARCH Hawaii was inspired by the Grand Wailea’s Ka Malama Dinner, a five-course feast held quarterly, featuring foraged foods. The next dinner is November 18, cost is $150, and reservations are required. Call 808-875-1234.

4. Kā‘anapali Beach Hotel is known as “Hawai‘i’s most Hawaiian hotel,” and a new beachside center is adding to that reputation. Paying homage to Hawaiian traditions, Hale Huaka‘i (“adventure center”) signifies a voyage, or a place from which to embark on an adventure. Here you can rent gear and take stand-up paddle instruction that doubles as a history lesson, try your hand (and nose) at a free lesson in playing the ‘ohe hanu ‘ihu (nose flute) or blowing a conch. Hale Huaka‘i is open 7 a.m. to 5 p.m. daily. KBHMaui.com 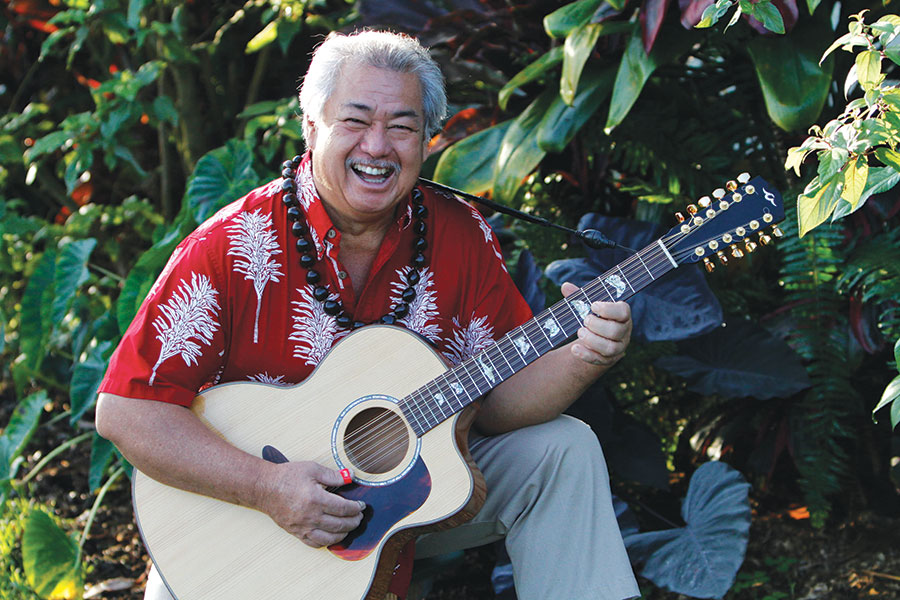 5. The pint-sized ‘ukulele has captured the world’s imagination, but kī hō‘alu (slack-key) guitar is equally enchanting. The music style started in the early 1800s with Mexican cowboys who came to teach Hawaiians ranching skills. The vaqueros brought with them their guitars, which Hawai‘i’s paniolo (cowboys) made their own. Beloved Hawaiian musician and Grammy-winner George Kahumoku Jr. hosts Masters of Hawaiian Slack Key Guitar on Wednesdays, 7:30 p.m., at Napili Kai Beach Resort; the series features a rotating lineup of Hawai‘i’s most renowned music makers. SlackKeyShow.com