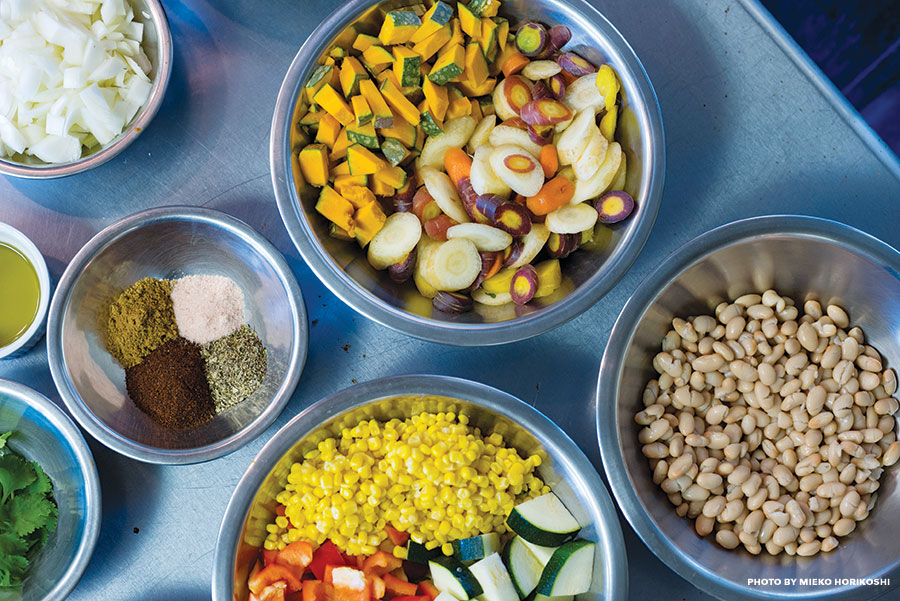 A bundle of energy bounds into Pā‘ia Youth & Cultural Center’s Pā‘ia Bay Cafe, where seven other kitchen interns have already gathered. Benjamin Rachunas makes eye contact with the redheaded ten-year-old, and in a firm, calm voice, says, “Okay, you know what you need to do.”

“Oh, yeah. Sorry.” The boy turns around, walks out of the kitchen, and retraces his entrance with slow, thoughtful steps. Benjamin smiles, “Okay.”

“They’re not allowed to run in the kitchen,” he tells me. Sharp implements, a hot stove, and occasional spills can be dangerous, so when in his workspace, kids have to put on what Benjamin calls “their kitchen self.”

“We’re so fortunate to have Ben running the kitchen,” says Lynn Rasmussen, a founder and board member of the youth center. “He’s created such a nurturing environment for all of the kids in our programs.” 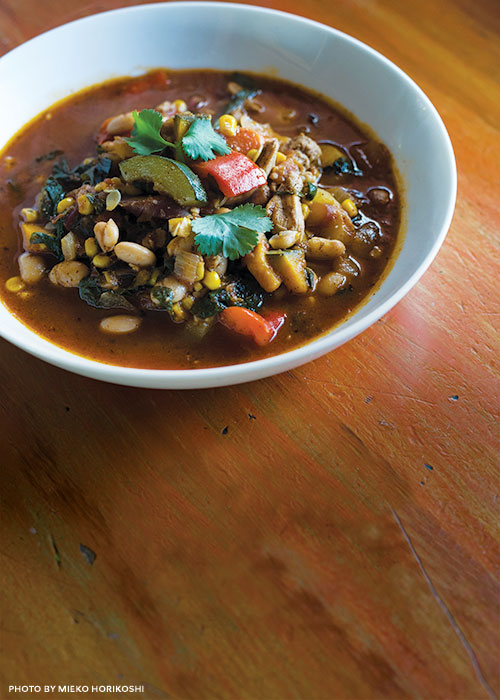 Born and raised in the suburbs of Williamstown, New Jersey, Benjamin worked at a raw-foods restaurant while pursuing a degree in sociology, graduating in 2003. That’s when a friend with free air miles suggested a visit to Maui. He agreed, planning a six-week stay that turned into six months. But the offer didn’t include a place to stay. Needing income, Benjamin worked for several months at a Waihe‘e macadamia-nut farm owned by venture capitalist John Varel, founder of FusionStorm; then at Joy’s Place, a restaurant and deli in Kīhei. “The day I was supposed to fly back [to the mainland], I got a call from Alive & Well for a server position.” His experience in working with raw foods soon led to a promotion to chef. Despite the step up, “I wanted to be of service to the community,” he says. “So in 2005, I started working at PYCC.”

At the community-funded nonprofit, nine- to nineteen-year-olds share the same kitchen space under Benjamin’s supervision. He says, “We go to Mana Foods with a budget and a food list, and the [kids] learn how to navigate the store and gain confidence by asking questions. We prepare meals from scratch, where they learn about healthy food choices; and we eat together. They learn to put aside personal differences. We give them the tools to work through problems using empathy and understanding.”

As I watch, two youngsters make ice cream, two others prep vegetables for chili, and another pair portion out food. It’s a scene of cooperation and orderliness—and for Benjamin Rachunas, it’s something more: “It’s a privilege to be here,” he says. “You have to be honorable to be a part of it.”

Get a recipe for Chicken & White-Bean Chili Recipe