Since the 1970s, the average American household has shrunk some 20 percent, down from three people to two-and-a-half. If this were a movie, you could call it The Incredible Shrinking Household — except that, while they were losing half a person, our homes got a lot bigger. According to the U.S. Census Bureau, the average single-family home has grown by more than 40 percent. 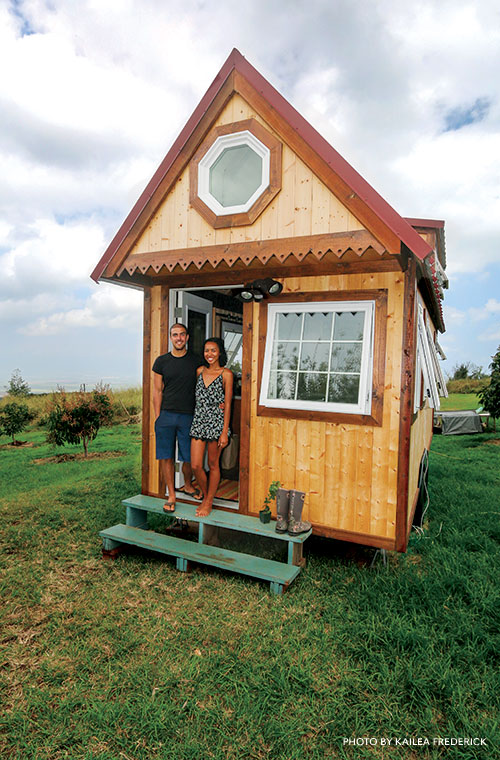 What goes in there, of course, is all our stuff. (Apparently we still don’t have enough room. The U.S. has between 2.3 and 2.63 billion square feet of rentable storage space—equivalent to three Manhattan Islands and a football field or two.)

Lately, some folks have begun to move in the opposite direction, into tiny houses, defined as smaller than 400 square feet, most often around 200 square feet. Enough folks, in fact, that, across the country, tiny houses are becoming a big deal. For some, it’s a philosophical choice, a commitment to living more simply and reducing one’s environmental impact. For others, it’s a pragmatic answer to the high cost of housing.

The tiny-home lifestyle comes with its own set of costs — from downsizing one’s possessions, to embracing the concept of composting toilets — but with the median price of a home in Maui County exceeding $550,000, and rents skyrocketing with no end in sight, our island paradise is in the midst of an affordable-housing crisis. Could tiny houses be a solution? Two Maui entrepreneurs think so.