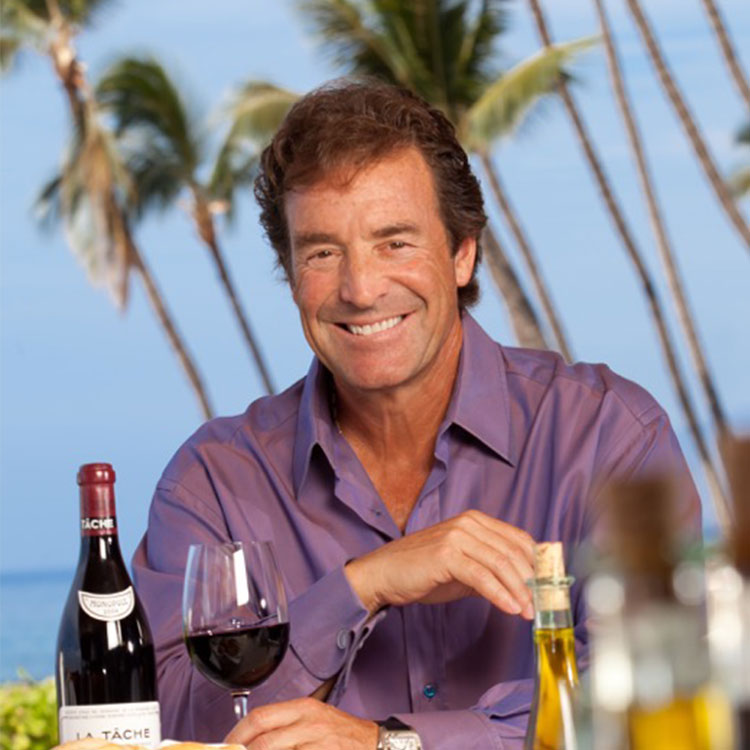 Aaron Placourakis hails from a long line of Greek food merchants, and learned the ingredients for hospitality success early on: quality food and high-caliber service offered in a warm and inviting atmosphere.

A Hawai‘i resident since 1985, Placourakis is president and CEO for the restaurant group that owns Nick’s Fishmarket, Sarento’s on the Beach, Son’z Steakhouse, and Manoli’s Pizza Company on Maui; and Sarento’s Top of the “I” in Waikīkī. His Maui restaurants have earned an impressive twenty-five ʻAipono Awards.

“The high quality of Aaron’s restaurants—the food, the wine, and attention to detail by his staff—is well known. If Aaron is going to do it, it’s going to be first class,” says Maui Nō Ka ʻOi Magazine publisher Diane Haynes Woodburn.

Placourakis’s sense of service extends into the local community. He is a past chairman of the Hawaiʻi Restaurant Association, a former board member of the Hawaii Food Bank, and was honored as Ambassador of the Year for the nonprofit Ka Lima O Maui, which serves developmentally challenged adults. He has spearheaded fundraisers for Hawaiʻi and Maui food banks, Junior Diabetes Research Foundation, St. Francis Hospice Care, YMCA, Maui Visitor Industry Charity Walk and Montessori Hale O Keiki.

“If you’ve only met Aaron once, what you remember is his charismatic personality and natural charm,” notes Haynes Woodburn. “But most impressive is what one doesn’t see at first glance—that behind the bigger life presence is a humble and generous heart. He is a giver, and doesn’t make a lot of noise about it.” 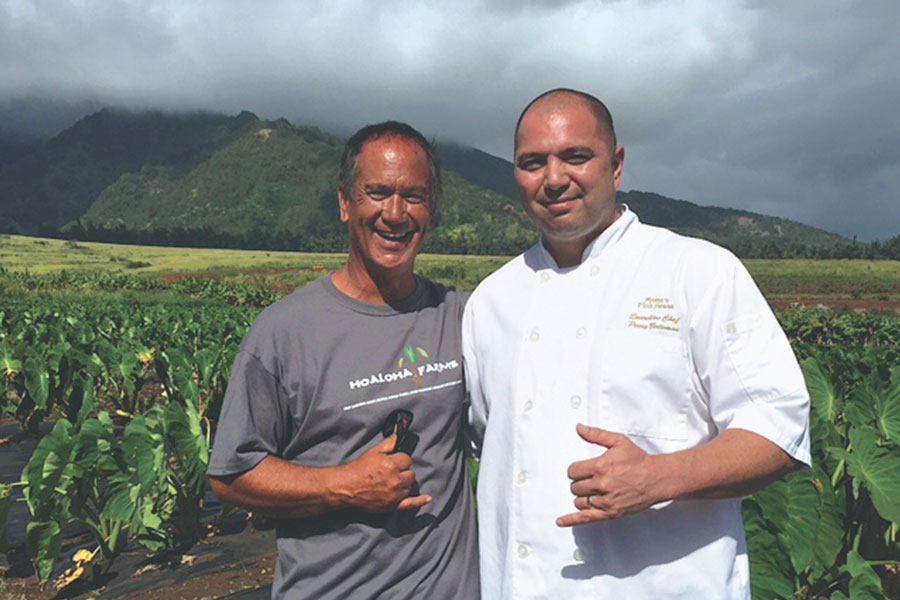 In 2001, Mama’s Fish House named Perry Bateman executive chef, giving him charge of a team of nearly 100 employees. In the years since, the restaurant has received countless accolades and awards, including an unflappable record as the most-winning restaurant in ʻAipono history: forty-four ‘Aiponos since the awards began in 2003. Coincidence? We don’t think so.

“He supported local agriculture before ‘farm-to-table’ was a concept,” notes Maui County Farm Bureau Executive Director Warren Watanabe. “He follows farmers who have trucks loaded with produce and asks them if he can buy produce from them. He goes to taro farms to walk the land, takes the product back into his kitchen and works his magic.”

Helping to mālama (care for) Maui’s resources is especially fulfilling for Bateman, given his cultural understanding of food as a precious, limited and vital resource. For him, food is life, and gathering and sharing the aloha spirit is what makes Hawai‘i special.

Chef Bateman notes, “[There are] third-generation fishermen still fishing as a lifestyle and providing for their families, [and] third-generation farmers leasing additional land to grow more food. I love being part of a restaurant that helps to make our islands more sustainable in so many ways.” 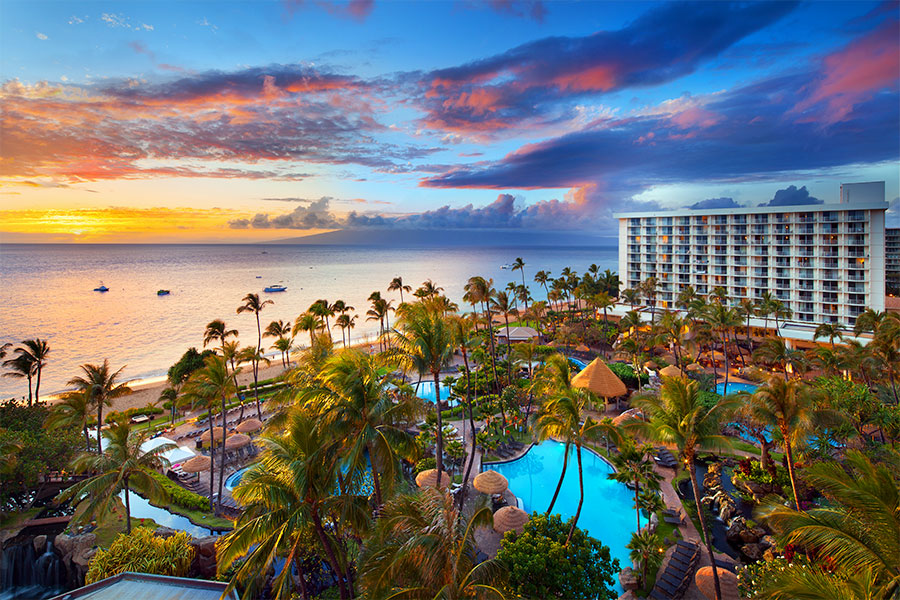 The Westin Maui has made green its goal, and is asking everyone, from executives to staff to guests, to be part of the program. The resort has joined parent company Starwood Hotels & Resorts in its “30/20 by 20” initiative, which calls for a 30 percent reduction in energy use and a 20 percent reduction in water consumption at all its properties by 2020. The initiative began in 2007, when Starwood started collecting environmental data on those properties to set a baseline.

Pacific Biodiesel Technologies is a proud sponsor of ‘Aipono’s Excellence in Sustainability Award, and company vice president Kelly King applauds the resort’s efforts. “The Westin’s initiative to eliminate Styrofoam from its operations is just one of the many ways the resort shows leadership and commitment to a sustainable future,” she says.

In addition, as part of the “Make a Green Choice” program, guests who defer daily housekeeping services receive 500 Starpoints or dining credits. Guests who act on this offer help the resort save nearly forty gallons of water, enough electricity to run a laptop for ten hours, 25,000 British thermal units (BTU) of natural gas, and seven ounces of chemicals each day.