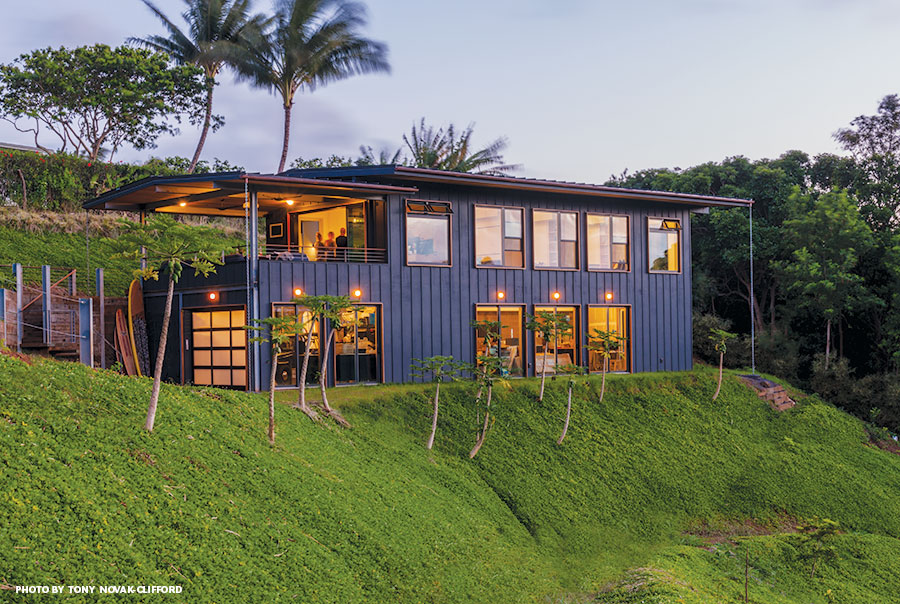 On paper, that description might arouse some skepticism—it’s a lot to pack into 1,000 square feet—but in person, the layout makes perfect sense.

Graham knows a thing or two about making the most of minimal space. He is the founder and CEO of LifeEdited, a consulting firm that helps homeowners, architects and developers design compact homes and apartments (some as small as 175 square feet). “It’s the way I think,” he explains. “I’m not the kind of guy who would do a big house.”

He walks the walk and talks the talk. Literally. In a 2011 TED Talk titled “Less Stuff, More Happiness,” Graham (already on the map for launching the wildly popular eco-blog Treehugger.com in 2004) extolled the virtues of pared-down living. Twenty years ago, he and a business partner sold their Internet start-up, and Graham used the windfall to purchase a four-story, 3,600-square-foot home in one of Seattle’s trendiest neighborhoods. He soon realized that a supersized house required an inordinate amount of stuff—and upkeep, too. “My life became unnecessarily complicated,” he says. The novelty wore off quickly; Graham sold the home and most of his belongings, packed what remained into a few bags, and set off to travel the world. In 2010, he debuted “LifeEdited1,” a 420-square-foot apartment in New York City that functioned more like 1,000 square feet, thanks to a flexible layout with moveable interior walls and convertible furniture. Later that year, he moved into “LifeEdited2,” a 350-square-foot apartment in the same building.