Maui’s Kaupō District lies on the dry southeastern slopes of Haleakalā, between Kīpahulu Forest Reserve and the sea. Kaupō Ranch comprises much of the region—apart from cattle and a handful of homesteads, the buckled landscape is virtually uninhabited.

Yet Kaupō  was once among the most populous regions on Maui. Planted in ‘uala (sweet potato), its nutrient-rich volcanic soil sustained a population of twenty-five to thirty thousand people.

Archeologist Patrick Kirch is an expert on Maui’s ancient sites, particularly those around Kaupō. He says that at least twenty-four heiau are scattered throughout the ranch. Before western contact, these geometric platforms, erected from lava rock, were places of worship, honoring the culture’s pantheon of gods. And one, in particular, holds far more significance than the rest: Lo‘alo‘a, the third largest heiau on Maui, its eastern wall towering twenty feet high. It’s the sacred spot where, in the early 1700s, King Kekaulike prepared to wage war on Hawai‘i Island, whose peaks, thirty miles distant, you can see from the heiau’s walls.

When Kekaulike came to power, he moved his royal court from Maui’s central valley out here to Kaupō, and while it’s thought Lo‘alo‘a already existed, it was Kekaulike who ordered it expanded to its present size.

Kirch believes Lo‘alo‘a was a heiau luakini, a place where kāhuna (priests) offered sacrifices—sometimes human—to the war god, Kū, to ask for strength in battle. There are pits where bones may have been discarded, and depressions that could have been “image holes” into which an ‘ōhia tree carved in the image of Kū would be lowered to crush, or “consume” the offering.

If Kirch is right, there’s something puzzling about Lo‘alo‘a: its orientation. Traditional heiau luakini face north, the direction of Kū. But Lo‘alo‘a looks northeast—a compass point more often associated with Lono, the god of agriculture and peace.

“We’ve done very precise surveys of the heiau,” says Kirch, “and it’s within less than one degree of the rising of Makali‘i, which is the constellation Pleiades. This is significant because the priests of Lono carefully observed its rise to commence the annual Makahiki season, when Lono, patron [god] of the sweet-potato harvest, came into his own. Warring ceased, ho‘okupu [tax or tribute] were collected at the ahupua‘a shrines, and games and competitions took place.” 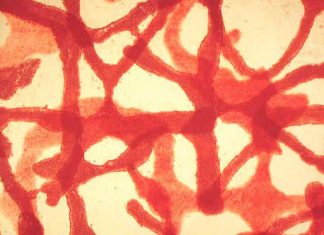 The Four Seasons in Wailea has a brilliant new art collection—“the first of its kind anywhere,”--courtesy of modern Hawaiian artists.