Because she had arrived in the company of royalty, Pua was given unprecedented access to the masi makers of Vatulele. She found herself immersed not only in observing their traditional techniques, but the camaraderie of the women, the meditative quality in the way they beat the cloth, the deep spirituality infused in every aspect of their work. Later she would tell the story of walking with them past a grove of mulberry trees, and “as if they were whispering a prayer, the women put their hands together with a soft clapping, a Fijian sign of respect usually given only to a chief.”

Pua stayed on Vatulele for ten days and returned transformed. She never played golf again. “She came away with a burning desire to learn more, and never looked back,” Bob recalls.

When the Van Dorpes relocated to Hawai‘i, Pua avidly explored the Bishop Museum’s unparalleled collection of pre-Contact Hawaiian bark cloth. She volunteered to help inventory the collection, began consulting with kupuna (elders), and read everything she could find on kapa making. Although there were more than 1,000 references, they had been written by observers from outside the culture, and proved on practical application to be of little use. So Pua turned to the ancient legends and chants, relying on native speakers like Kawena-Johnson and Fred Kalani Meineke, an assistant professor in Hawaiian studies, who helped her navigate the metaphors and spiritual meanings of the language. 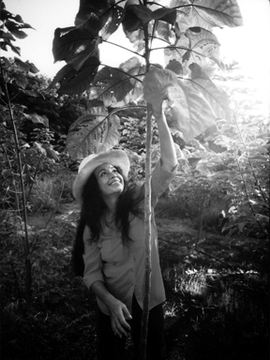 Pua began experimenting with native plants and minerals. Her first challenge was to find the trees from whose bark the cloth is made.

The ancient Hawaiians were masters at adapting the materials of the natural world. One of the few plants they cultivated was wauke, or paper mulberry, from which the majority of their kapa was made. “When I started,” Pua says ruefully, “I didn’t even know what the wauke plant looked like.”

“The wauke variety that has the best results has an ovate leaf with serrated edges and red veins underneath,” says Bob. “Pua asked at the arboretums, but there was none to be had. She talked with a state forest ranger, Bob Hobdy, who said he had heard of it, but not seen it. Pua thought it was extinct. 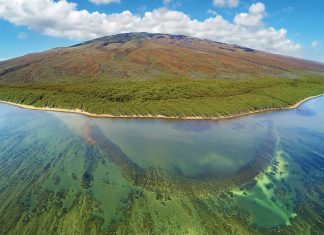 Lānaʻi Waiaʻōpae fishpond once helped feed the island's people. Today it's feeding a hunger for culture.