In traditional Hawaiian culture, an individual’s relationship with his or her ‘aumakua began at birth and lasted a lifetime—and beyond.

Within twenty-four hours of the birth of a first child, the family held a feast dedicating the infant to the ‘aumakua. More religious than celebratory, the feast was meant to set the child’s feet on the path of his responsible elders, and blessed not only the first-born, but all the subsequent children of that mother.

A similar feast attended the completion of an individual’s first skillfully crafted work: a first weapon, a first fishnet, a first hula. Consecrated to the ‘aumakua, that “first-made-work” was never given away.

‘Aumakua sometimes exhibited all-too-human flaws. They could be jealous of the living, offended if their guidance was ignored—waging revenge by causing illness and even death. For the most part, the observances they demanded were designed to preserve harmony within the family.

When an individual committed a serious wrong against a relative, he was ostracized by the family until he made amends by offering the gift of a pig and asking forgiveness of both the injured party and the ‘aumakua. If the relative refused to pardon the wrongdoer, he risked having the family’s ancestral guardians huli kua, or “turn their backs” on him for being unforgiving.

Enlisting the aid of one’s spiritual patriarchs and matriarchs was an eminently practical survival strategy for people living on such remote and isolated islands, where family—immediate and extended—was both the basic communal structure and the principal source of support. 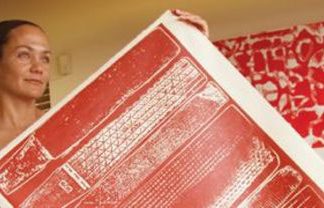