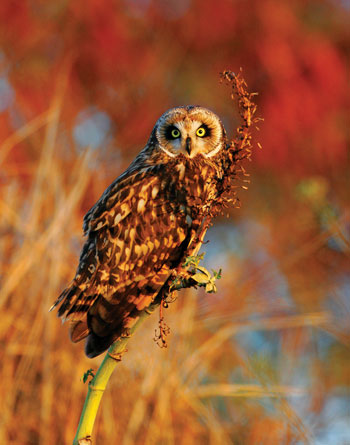 “Pueo is one of my ‘aumakua,” says Keli‘i Tau‘a, claiming the Hawaiian short-eared owl as one of his family’s guardian spirits. “When my son was in his mother’s womb, the owl started coming to our house in Ha‘iku and sitting on the fence or the electrical wires. Never before did that happen. When we brought my son home from the hospital, all along the path to our house were owls galore.”

Tau‘a has taught Hawaiian language and history within the Department of Education, and has mentored so many cultural leaders that he’s known simply as Kumu—Teacher. So when he shares a story that has been in his family for generations, you might want to keep an open mind.

“My great-great-grandfather was getting violent, so his wife, my great-great-grandmother, ran out of the house to escape. As she ran, she called on the pueo to blind her husband. She heard hoof beats catching up to her. Her only escape was to jump into a puka, a little hole, on the side of the path. When she jumped, an owl hovered over her and    shielded her, so Great-great-grandpa couldn’t see her as he rode by.”

‘Aumakua abound in Hawaiian legends, and in stories local families have handed down through the years. These guardian spirits display miraculous powers, appearing in dreams to give warning or advice; assuming in waking life the shape of an animal, a plant, or an elemental form such as a cloud or ocean wave. Perhaps because of their fearsome nature, sharks are a frequent subject of these tales.

Until recent times, a female shark named Ka‘ahupahau was said to live near the entrance to Pearl Harbor, with her brother, Kahi‘uka, “the Smiting Tail.” People of the region brought them food and scraped barnacles from their backs. In exchange, the two ‘aumakua kept Pearl Harbor free of man-eating sharks; sometimes Ka‘ahupahau would do so by transforming herself into a net that was nearly impossible to tear. Ka‘ahupahau resided at Pearl Harbor until the U.S. Navy built a dry dock over her home. In her collected Folktales of Hawai‘i, Mary Kawena Pukui recounts:

“Scarcely was it completed when, after years of labor, the structure fell with a crash. Today a floating dock is employed. Engineers say that there seem to be tremors of the earth at this point, which prevent any structure from resting upon the bottom, but Hawaiians believe that the Smiting Tail still guards the blue lagoon at Pearl Harbor.” 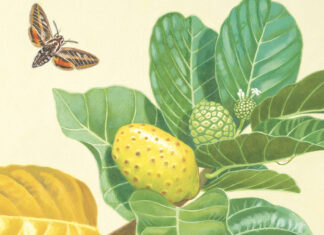 A race of Polynesian seafarers managed to carry with them food for the rest of their lives in Hawai‘i.