The first time I saw a package of Sensei Farms’ cherry-red lettuce at Whole Foods Market in Kahului, I did a double take. 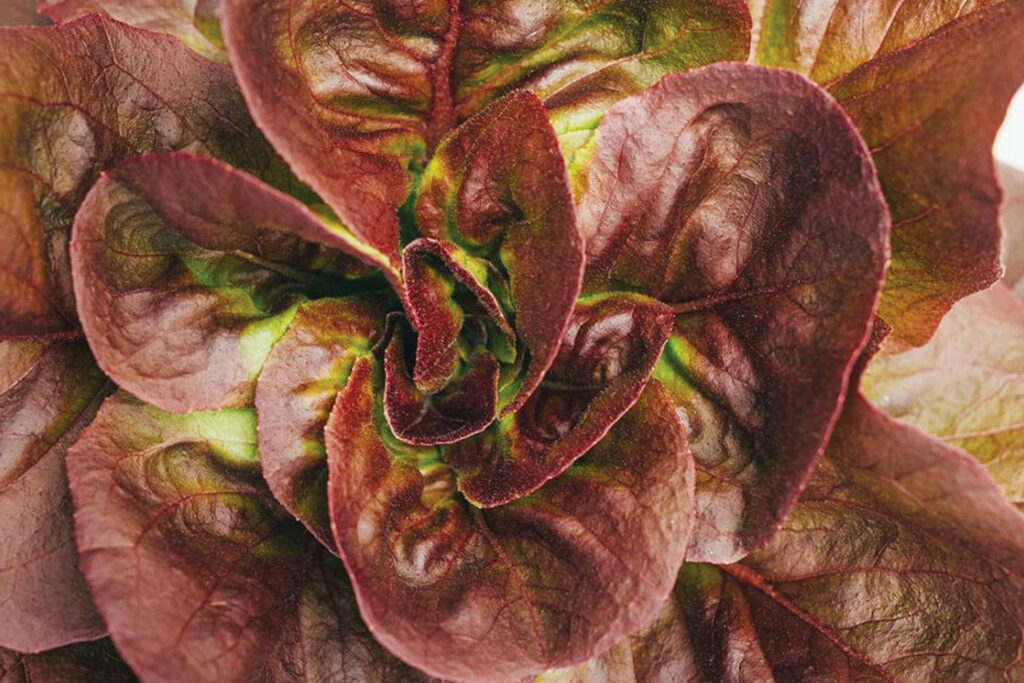 Oh my goodness, I thought. That’s some gorgeous lettuce.

It was almost too pretty to eat, but eat it I did, and it tasted just as good as it looked. The next day I went back for their Lāna‘i Mix, a beautifully curated assortment of baby greens, and was equally satisfied.

Fresh and flavorful? Yes. Aesthetically pleasing? Absolutely. But what makes this lettuce even more distinctive is that it’s sustainably grown in a hydroponic greenhouse at Sensei Farms Lāna‘i.

The farm is operated by Sensei Ag, an agricultural-technology company cofounded by Lāna‘i resident and tech entrepreneur Larry Ellison, and prominent cancer physician Dr. David Agus. Though Sensei Ag operates a number of research farms in California, the one on Lāna‘i is its only commercial farm in the United States.

Suffice it to say, Sensei Farms Lāna‘i does not resemble a typical farm. There are no rolling green hills, no barns, no livestock, no tractors. Instead, produce grows inside six sleek, solar-powered hydroponic greenhouses, each measuring 20,000 square feet. The reasons for indoor growing are many, including the fact that the greenhouses take up less land and generate a higher yield per square foot. By many estimates, the farm’s 120,000 square feet of indoor growing space is equivalent to 720,000 square feet (16.5 acres) of open fields, according to Humberto Garcia, engineering and operations director for Sensei Farms Lāna‘i.

“We believe the future of farming begins when you challenge the status quo, and in our case, that is outdoor farming,” Garcia says. “By bringing farming indoors, we are working to grow high-quality produce in the most sustainable and efficient way possible.”

Growing crops indoors lets farmers maintain the temperature, humidity and the amount of light a plant needs for optimal growth. And a greenhouse’s hydroponic system can deliver a customized amount of nutrient-enriched water directly to a plant’s roots — using 90 percent less water than conventional farming methods.

Sensei Ag teamed up with some of the greatest minds in plant science to identify the ideal seeds and cultivars for their products, thereby ensuring that every crop grown contains the maximum nutritional content and has the best appearance, taste and texture. The farm is also a technological standout. For example, state-of-the-art cameras and specialized software allow farmers to determine the health of a particular crop, as well as its nutritional value and the best time to harvest.

Ellison and Agus developed Sensei Farms Lāna‘i to provide locally grown produce for the Lāna‘i community and for guests staying at Sensei Lanai, a Four Seasons Resort. But Sensei Ag has taken things a step further: not only is it selling veggies in stores, it also endeavors to grow enough fruits and vegetables for the entire state in its greenhouses, which have the capacity to produce more than one million pounds of food every year. That’s good news for Hawai‘i, which currently imports more than 80 percent of its food.

The Lāna‘i farm is Sensei Ag’s pilot project, and the technologies and techniques being developed there will ultimately be used in other states, and eventually other countries.  Restaurants throughout Hawai‘i now feature Sensei Farms Lāna‘i’s greenhouse-grown produce on their menus, and in 2020, grocery stores statewide began carrying the farm’s plum and cherry tomatoes and six lettuce varieties.

“We have received very good comments from our customers,” Garcia says. “The usual feedback is about the freshness and flavor of our products and how sweet our tomatoes are.”

And lettuce and tomatoes are just the beginning. “The innovations we are working on will lead to better-tasting and fresher produce for our community,” Garcia explains, “all while respecting and maintaining the beauty of where we live.”