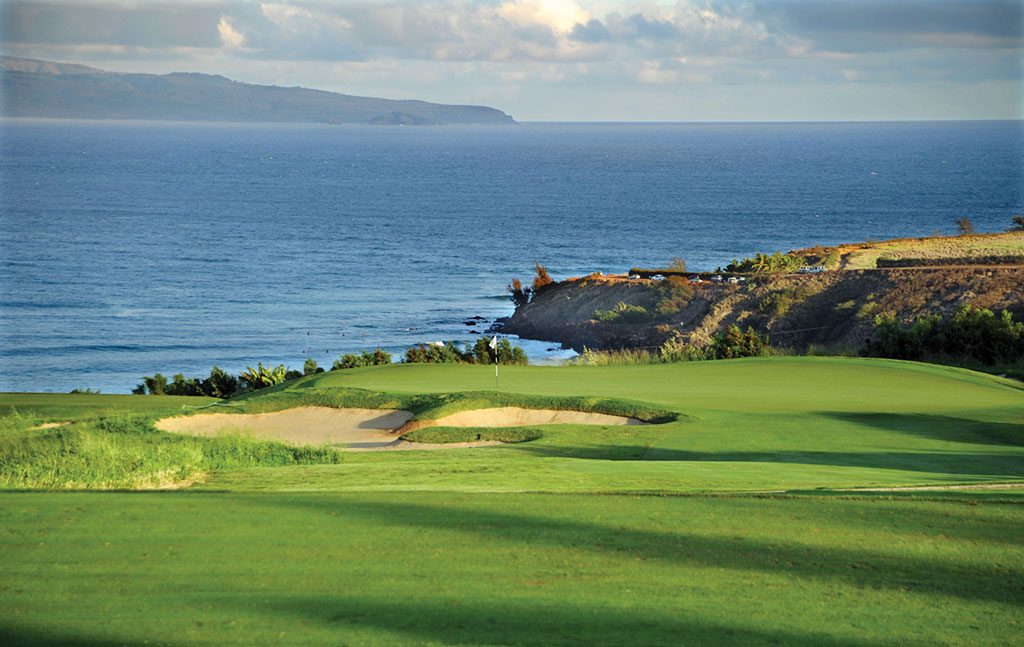 Asking a golfer to select his favorite hole is like asking a music buff to name the greatest song of all time. It’s hard to choose. On the one hand, there’s the hole’s beauty and artistic perfection. On the other, intangibles such as personal memories, challenges, and history. Or maybe a particular hole is a favorite because it reminds the golfer of a time he got lucky.

We put five Maui pros on the hot seat, challenging them to pick their favorite hole on their home course, give the reasons for their preference, and share tips for playing it successfully.

Dramatic views of Honolua Bay and the neighboring island of Moloka‘i are part of the reason Kapalua’s Jerry King chose this hole as his favorite. He says the views can also be distractions that make this short par three play a lot tougher than it looks.

“I love a hole that has ace potential,” says King. “It seems pretty easy, but its not. It’s downhill and cross-downwind. You have to hold your shot on the green.”

Aimed straight toward the bay, where a flotilla of surfers carves the world-famous break, No. 11 generally has strong trade winds that quarter right to left from behind the golfer. Sand traps surround a green that drops off steeply at its back. Miss long or left, and say goodbye to your ball.

Whether it is a hole-in-one, or a birdie to turn a match around, King says this is the spot to make your move on the Plantation Course. Tour pro Fred Couples aced it in 1994 on his way to winning the Lincoln Mercury Kapalua International. In 2000, Tiger Woods roared through with a birdie as part of his final-day charge to win the Mercedes Championships.

How to Play It

The Plantation Course’s No. 11 requires a well-placed tee shot. King says golfers should “club up and swing at an easier pace.”

A common mistake here is using a lofted club and swinging aggressively. That puts more spin on the ball and allows the wind to have more influence on where it ends up. King says golfers should not adjust their club selection based on wind or slope. Hit the club you would normally use at the distance, swing easy and try to hit a low, penetrating shot. Aim right and let the wind bring the ball back to the target.
Caught between clubs? Golfers are far better off missing short on this hole than they are landing long. 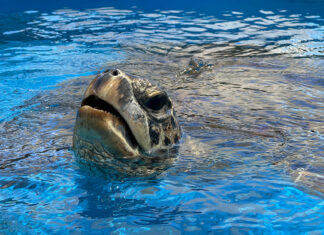