It was Saturday night, December 5, 2015, when my buddy Derrick Meyers texted, asking if I wanted to wake up at 3:30 a.m. and work with him on a security boat for the Pe‘ahi Challenge.

I thought for exactly one second and replied, “No.”

Eventually I agreed, despite the warning bells going off in my head. By the time I realized my mistake, it was too late.

The Pe‘ahi Challenge. It’s a big-wave surf tournament at Pe‘ahi, on Maui’s north shore. Jaws is what surfers christened the break there.

You’ve heard about Jaws, right? Biggest wave in the world? That’s the one. 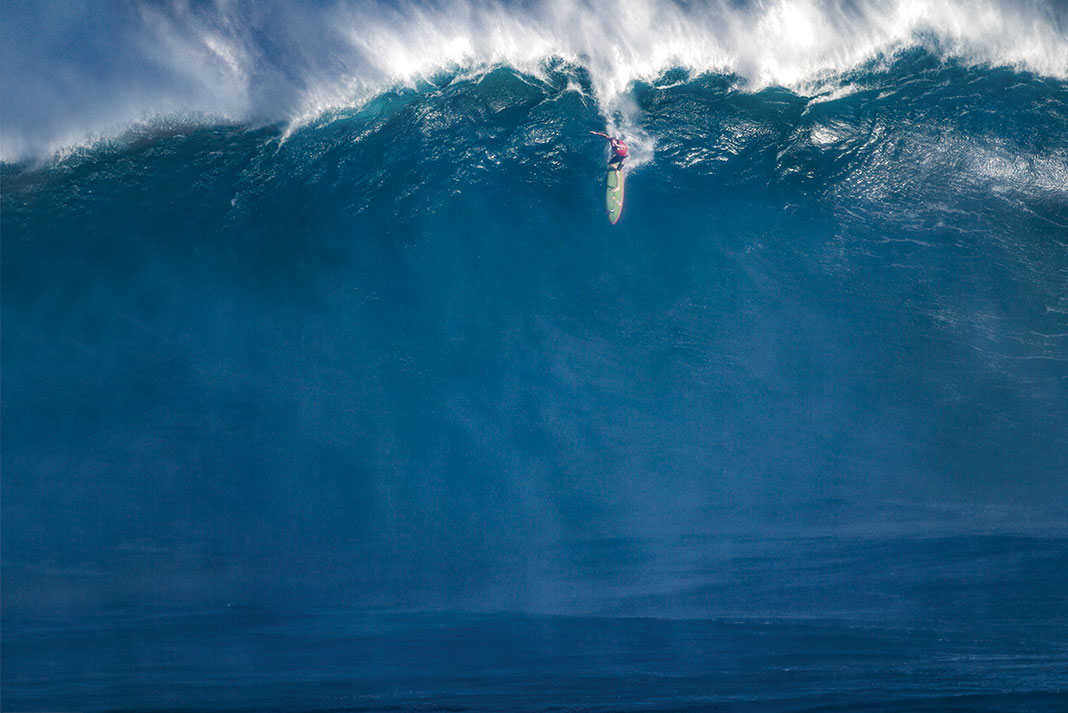 Derrick and I got to Kahului Harbor at 4 a.m. In the dark, we could hear the waves crashing onto the break wall.

Derrick jumped in with two surfer friends of his, and I hooked up with a silver-ponytailed local braddah who introduced himself as Doug Camanse, a.k.a. Uncle Dougie. He was captain of a vessel that barely had room for him, his son Puali, and me; but he proudly assured me that the steel-and-foam boat was “practically unsinkable.” Good thing, because he also admitted he had sunk three boats prior.

The alarm bells in my head started up again.

For so early in the morning, the harbor was busy. The Jaws support crew included a medical boat, a video crew, a ton of Jet Skis, and half-a-dozen small “security” boats like Uncle Dougie’s. As I climbed onboard, Uncle Dougie and Puali pulled on raincoats. I had maybe a second to ponder this detail before we took off.