Staring down at the muddy earth in front of Waia‘ōpae fishpond, Irene Perry wondered aloud, “Where did all the white sand go?”

Today, however, the shoreline is brown, covered in sediment from more than a century’s worth of unimpeded runoff. Goats and sheep had been brought to the island in the 1800s, followed later by deer. Their overgrazing denuded the uplands, and dirt carried down by heavy rains flowed into the ocean and clogged the springs that had infused the pond with fresh water. When the springs disappeared, so did the shrimp (Waia‘ōpae means “shrimp spring”), and fish became less abundant. At the same time, introduced diseases were decimating native Hawaiian populations throughout the island chain. By 1920, only 150 people lived on Lāna‘i. In 1922, when James Dole began turning much of the island into the world’s largest pineapple plantation, most of the few remaining east-shore residents relocated to Lāna‘i City to work in that industry. With no one to maintain the rocks, wind and waves took their toll on the once-great pond. 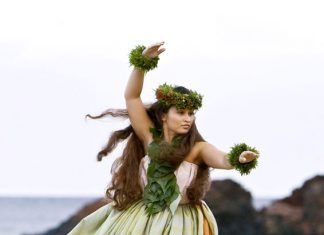