From a torrential downpour, to the stomach flu, to a no-amount-of-makeup-can-conceal-it pimple, even the most meticulously planned nuptials are not immune to life’s curveballs. While it’s always a good idea to expect the unexpected (and find the humor in it), there are ways to sidestep preventable hiccups before you walk down the aisle. We asked five Maui wedding professionals to share a few of the self-induced mishaps they’ve witnessed, and how to avoid making the same mistakes on your big day. 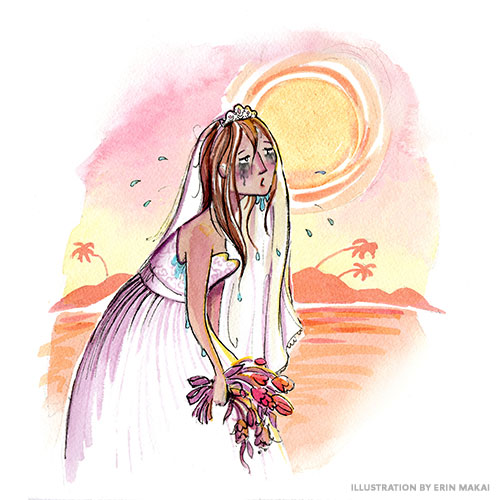 Maui has all of the ingredients for a bad-hair day: high humidity, salt-laden trade winds, and impromptu rain showers. That’s why choosing a local hair professional—someone who understands Hawai‘i’s meteorological nuances—is the safest bet, says Lauren Sneary, senior stylist at Salon 253 in Wailuku. A bride from Alaska learned this lesson the hard way: She’d flown her longtime stylist to Maui to do her wedding-day hair, and hired Lauren to style her bridesmaids’ tresses. Minutes before the ceremony, the distressed bride emerged from her hotel room in tears; her stylist had unwittingly overapplied an anti-humidity spray, which left her locks looking shellacked. She asked Lauren to fix it, but there was no time.

Both Lauren and Maui wedding photographer Chris Evans have seen distraught brides regret their decision to cut costs by doing their own wedding-day makeup. Chris recalls a bride whose self-applied mascara and foundation visibly melted as she exchanged her vows on a particularly hot and humid day. To make matters worse, she was also badly sunburned. “It was obvious to everyone that she was feeling self-conscious,” Chris says. A professional makeup artist can ensure you’re camera-ready and prevent a day-of meltdown with cosmetics that resist sweat and humidity. (They can camouflage a sunburn, too.) 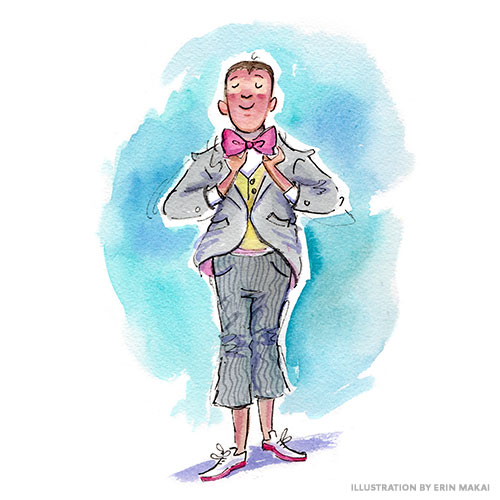 While choosing a wedding dress is often a painstaking process, the groom’s attire rarely gets as much consideration—but it should, especially if you’re planning an outdoor Maui wedding. A light-gray suit with a pink tie may be trendy elsewhere, but in front of the lens in Hawai‘i, the vibrant hues of his natural surroundings can upstage the wearer. To create more contrast and stand out in every shot, Chris advises grooms to wear a black, navy, or dark-gray suit or tuxedo. Not to mention, if you go with a light-gray-and-pink ensemble, you run the risk of looking like Pee-wee Herman. 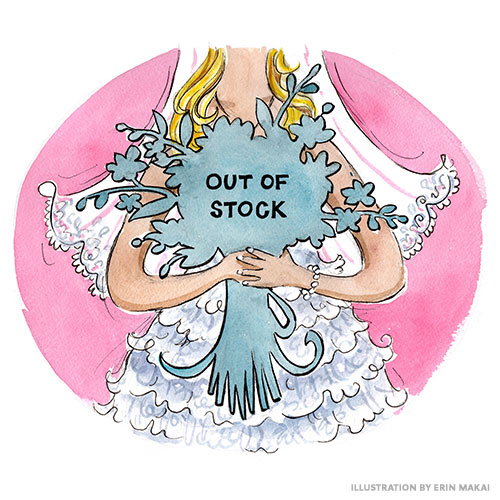 In his nearly four decades as a floral designer, one thing never fails to make Asa Ige cringe: A bride calls to order flowers the week of her wedding—because she wants them to be fresh. There’s a chance a florist might have the right blossoms in stock, but there’s never a guarantee. “People tend to think there’s an infinite supply of flowers growing here on Maui,” Asa says. “Unfortunately, that’s not the case.” Many blooms—even those seemingly ubiquitous purple orchids—are shipped to Maui from farms on Hawai‘i Island and as far away as Southeast Asia. For spontaneous, more informal events, there’s no harm in improvising, but if you have something specific in mind, Asa advises making arrangements at least six weeks in advance.