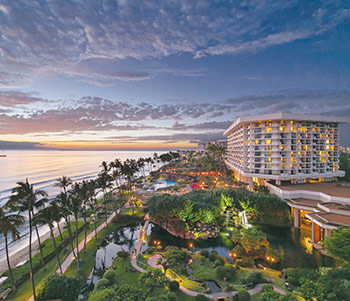 Last October, the Hyatt Regency Maui became the first resort hotel in Hawai‘i to receive the U.S. Green Building Council’s LEED EBOM certification. LEED stands for “Leadership in Energy & Environmental Design.” EBOM is short for “Existing Buildings: Operations & Maintenance” — and if it’s less familiar, that’s because it’s a lot harder to earn. It entails retrofitting structures, and focuses on how buildings are run. In the Hyatt’s case, that has included switching to LEDs, installing low-flow showerheads that save six million gallons of water a year, redirecting heat from the hotel’s air-conditioning units to heat the swimming pools, providing in-room recycling bins . . . and other eco-friendly measures too numerous to mention here. 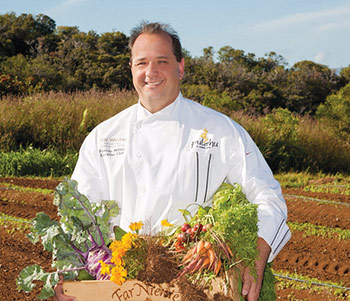 Chef Francois Milliet has long been a fan of local agriculture, supporting the industry in ways big and small, from participating in events like the Maui County Agriculture and Maui Onion festivals, to fostering relationships among the island’s chefs, farmers and ranchers.

“Chef Francois wraps his menus around local ingredients,” says Farm Bureau Executive Director Warren Watanabe. “For example, he paired with Lynn and Russell DeCoite of Moloka‘i’s L&R Ranch to create a sweet potato gnocchi for his restaurants.” The hens at Theo Morrison’s small-scale Neighborhood Farm don’t lay enough eggs to supply the Westin’s main restaurants, so Milliet supports her endeavor by featuring the eggs in the hotel’s gourmet market. “Chef Francois also added a Grown on Maui salad to his menu,” Watanabe says, “and donates a dollar to the Farm Bureau’s Growing Future Farmers program every time a diner orders that item.” 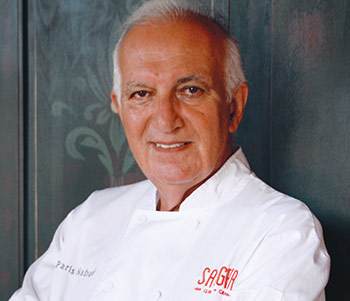 Born in Tehran, Paris Nabavi trained in the French tradition — in London — then traveled the world, exploring its cuisines. Arriving on Maui in 1989, he served as director of food and beverage for Kapalua Bay Hotel. Fourteen years later, he opened Pizza Paradiso Mediterranean Grill with a menu as eclectic as its name; he’s been creating a culture of healthy eating ever since. In 2014, Nabavi opened Sangrita Grill + Cantina, winner of the 2015 ‘Aipono Gold for Best Mexican cuisine.

Every three months, Nabavi opens his home and garden to teach exotic cooking techniques; “tuition” benefits the Maui School Garden Network. And he donates more than $5,000 annually for organic seeds for fifty-two Maui County schools. In Iran, where Nabavi grew up, “Everyone had a garden. To grow your own [food], it’s important for a good lifestyle. I want to bring this awareness to our children.” 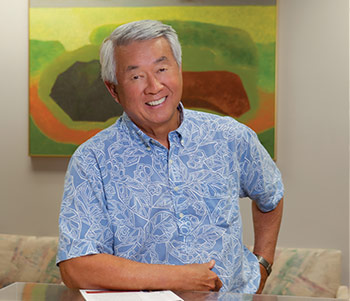 Clyde Sakamoto came to Maui Community College in 1973, when the campus housed a handful of outdated buildings and a small but respected culinary program. During his tenure as dean, then provost, then chancellor, Dr. Sakamoto raised more than $120 million for educational programs and $104 million for construction — including Maui Culinary Academy’s $17.4 million, state-of-the-art Pa‘ina Building. Among his recent projects is the Maui Food Innovation Center, a business incubator that supports local food producers through education, research and product development.

“Involving students in finding solutions to community needs,” said Dr. Sakamoto, “that’s what a learning institution should be doing.”

By the time he retired, in late 2014, the community college had become the University of Hawai‘i–Maui College. Dr. Sakamoto’s vision and dedication endure in the Food Innovation Center and Culinary Academy’s work to educate Maui’s future chefs, entrepreneurs and innovators.