The Hawaiian green sea turtle (honu) has a way of capturing the human heart. Maybe it’s how they effortlessly glide through the turquoise water or their lengthy basking sessions on the sand in the tropical sun. Suffice it to say they are irresistible, and this affection encourages us to help protect the future of these gentle creatures. 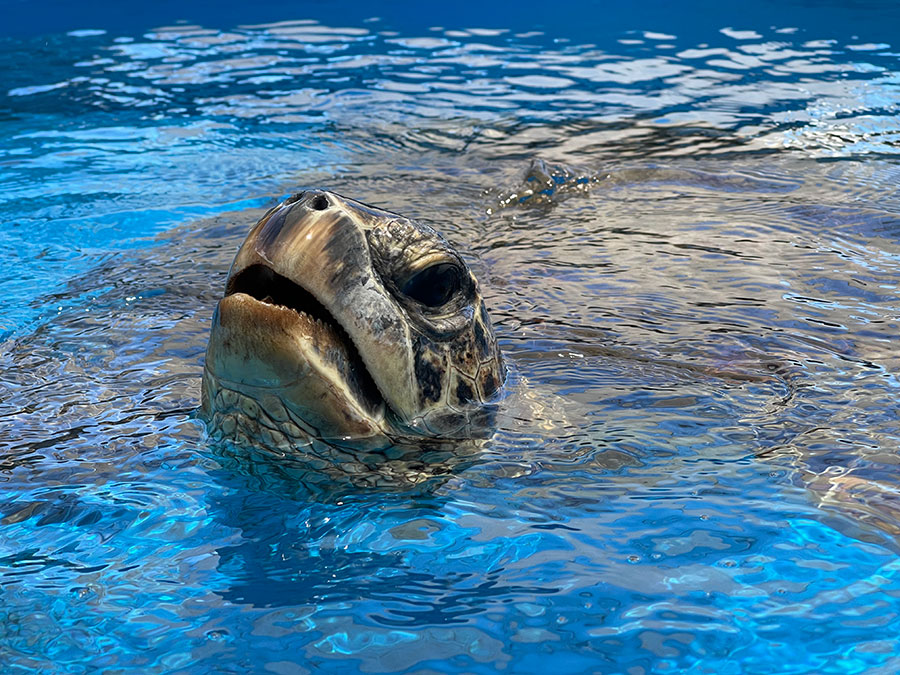 Nurturing population growth is no easy task when it comes to sea turtles. From the moment a sea turtle hatchling emerges from the egg, its chances of survival are slim. In fact, scientists estimate between 1 in 1,000 to 1 in 10,000 make it to adulthood, a dire statistic considering that honu don’t reach sexual maturity until 25 to 35 years of age.

Given the importance of reproductively active sea turtles to the future of the population, when Cutt and Browne received a call from NOAA Fisheries about Aloha, a 274-pound adult female honu, they jumped into action. Aloha was found Oʻahu’s Laniakea Beach. She had been struck by a boat, which resulted in a major injury to her carapace (top shell), leaving her with multiple fractures and a gaping wound that exposed one of her lungs to sand and debris. 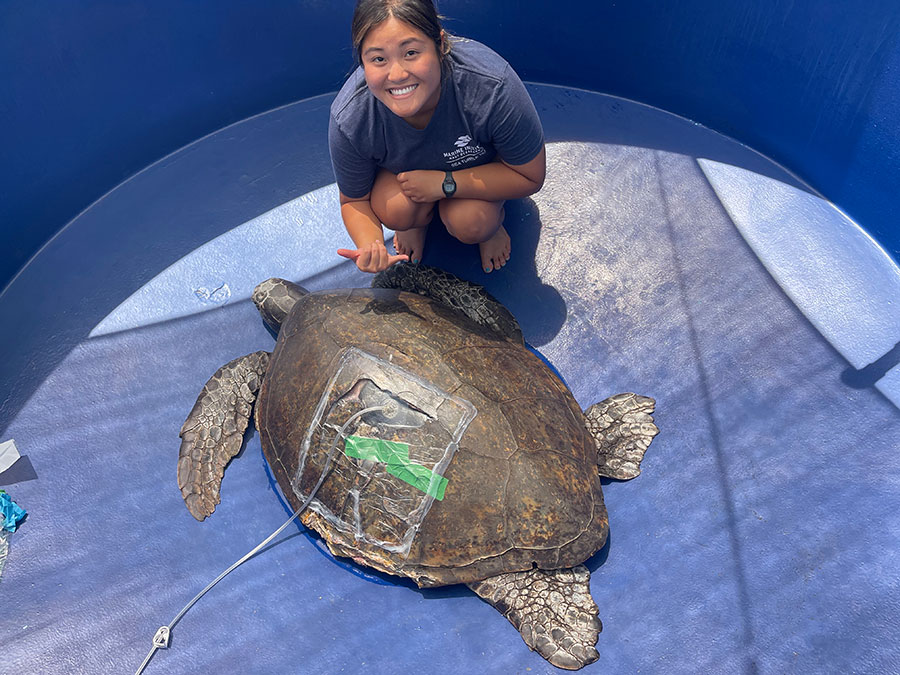 Aloha was well-known to researchers in Hawaiʻi, and between 2002 and 2016, she had been observed nesting on East Island in the Northwestern Hawaiian Islands. The NOAA Fisheries team rescued her from the beach and transported her to MOC Marine Institute. Today, she is in a long-term rehabilitation program, and with the care of dedicated volunteers and specialists, she’s slowly recovering.

“We have seen significant improvements over the past three months,” says Browne. “The carapace fractures have stabilized, and new tissue is filling the hole caused by the boat-strike injury.” 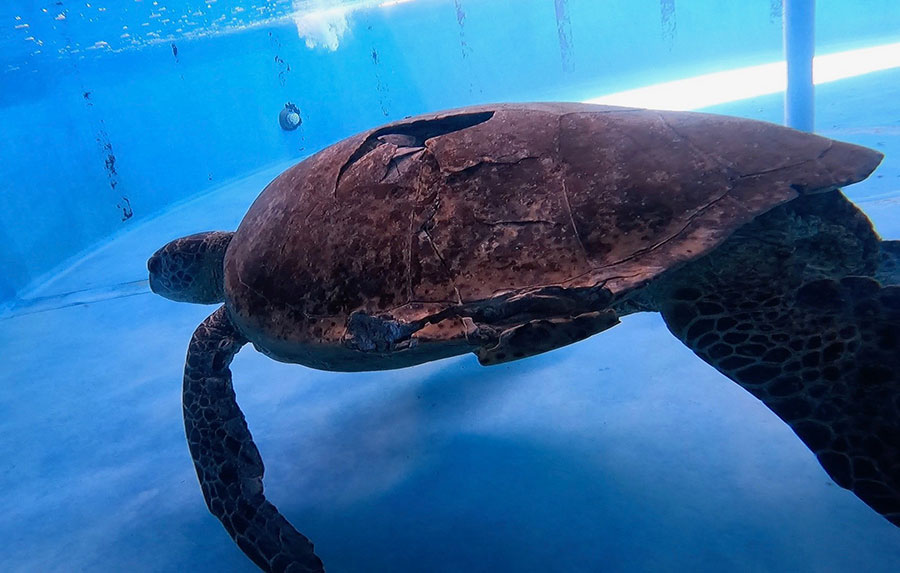 Unfortunately, injuries such as Aloha’s are not uncommon. “Sea turtles face numerous threats on their way to adulthood,” says Cutt. “Some are natural, but most are human-caused incidents like vessel strikes and fishing gear interactions.” Additional threats include habitat loss, ocean pollution and climate change.

Natural occurrences are unavoidable, but anthropogenic or human-caused threats can and must be reduced to save this endangered keystone species. Today’s honu face an uphill battle, but through small acts of living Ocean Aloha, we can take action to protect them. For example, proper disposal of fishing lines and hooks decreases the risk of entanglement, and regularly conducting beach clean-ups helps prevent marine debris from entering the sea where honu might mistake it for food.

We have a long road ahead, but if everyone pitches in, we can ensure a future where Hawaiian green sea turtles can live unencumbered by human impact.

To learn more about MOC Marine Institute’s conservation efforts and how you can help, visit http://mocmarineinstitute.org/.

Discover how you can live Ocean Aloha every day by visiting https://mauioceancenter.com/ocean-aloha/.