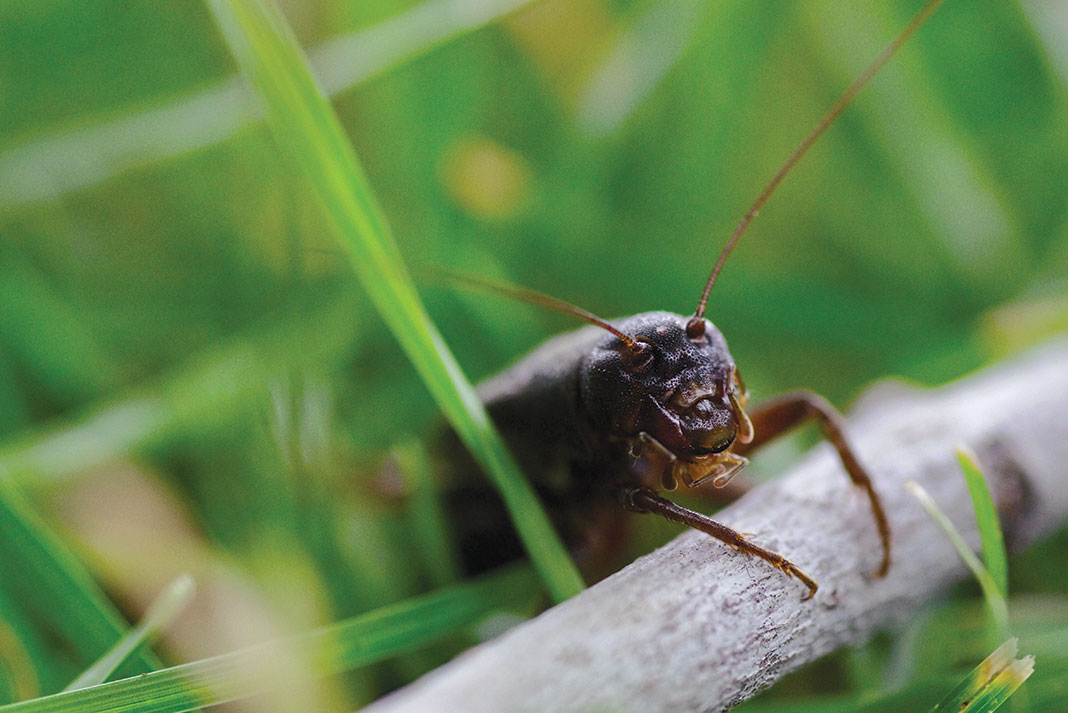 In May 2017, Robin Tinghitella was visiting Kalaupapa National Historic Site when she heard something peculiar.

An assistant biology professor with the University of Denver, Tinghitella studies the Pacific field cricket, and had come to this isolated community on Moloka‘i’s north shore as part of her research on the effects of traffic noise on cricket communication. She had collected several crickets and placed them in a Tupperware container. That’s when the purring started. At first Tinghitella thought it was a cat, but found not a sign of a feline nearby. And that’s when she realized the crickets were purring.

“This is like if lions never had manes and . . . suddenly got manes,” Tinghitella wrote. “Or if peacocks never had tails with bright, colored plumes . . . and then suddenly had giant tails.”

Genetics place the cricket’s origin in Australia, but scientists think the species may have hopped aboard long-distance voyaging canoes and hitched a ride with early Polynesians, traveling east to the Cook Islands and French Polynesia, and later to Hawai‘i.

In 2003, Tinghitella was part of a research team that discovered a population of Pacific field crickets on Kaua‘i—some of whose males had lost the ability to chirp. The adaptation likely evolved as a survival strategy to avoid detection by Ormia ochracea, a small, yellow, parasitic fly introduced from North America. The nocturnal fly uses its acute sense of hearing to target crickets to serve as “hosts” for its larvae.

Unfortunately, female crickets also rely on male chirping—to help locate potential mates. It’s possible, though Tinghitella says it’s too soon to know, that Moloka‘i’s male crickets developed the purr as a way to attract the ladies, while avoiding predation by the flies. The substitution isn’t perfect. Tinghitella says it takes females twice as long to locate a purring male as a chirper, but “both are better than silence.”

WEB EXCLUSIVE: Listen to the crickets below!