Pīpīwai Trail in Kipahulu, Maui
1 of 7 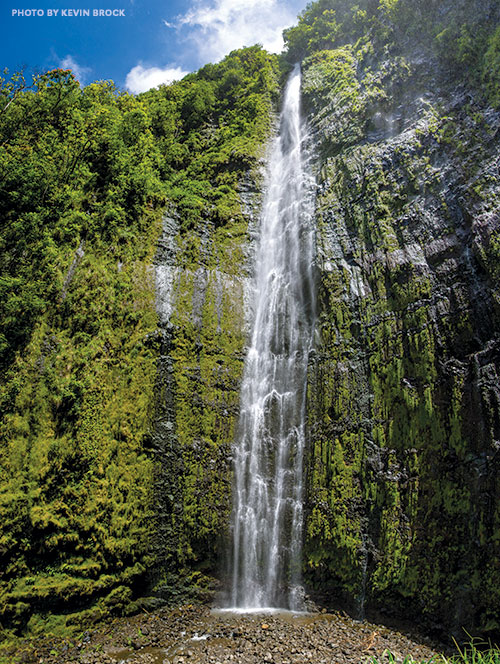 On a damp April day that threatened rain, I packed a good friend and a French hitchhiker into my car and headed to Kīpahulu’s ‘Ōhe‘o gulch to reimmerse myself in a hike I hadn’t made in seven years. I was overdue for a date with Waimoku, the roughly 400-foot falls cascading down the face of a U-shaped valley headland at the end of two-mile Pīpīwai Trail.

Kīpahulu is actually a district, but most people think of it as a specific valley: the coastal section of Haleakalā National Park. The pristine upper part of the valley, known as the Kīpahulu Biological Reserve, protects one of the last, best, and most priceless ecosystems on Maui. It is closed to all but scientists and researchers, but the lower valley, which cradles Palikea Stream inside ‘Ōhe‘o gulch, is a public wonderland of deep green jungle, waterfalls, and crashing azure ocean against volcanic cliffs so dark they look purple.

The drive from Kahului to Kīpahulu along Maui’s windward coast can take four hours or so, depending on how used to winding, cliff-snuggling roads you are, and how often you get tempted by roadside stands selling everything from butter-soaked banana bread to roasted breadfruit on a stick. The road is wet more often than not, and overhung with a ridiculous infinitude of greenery. 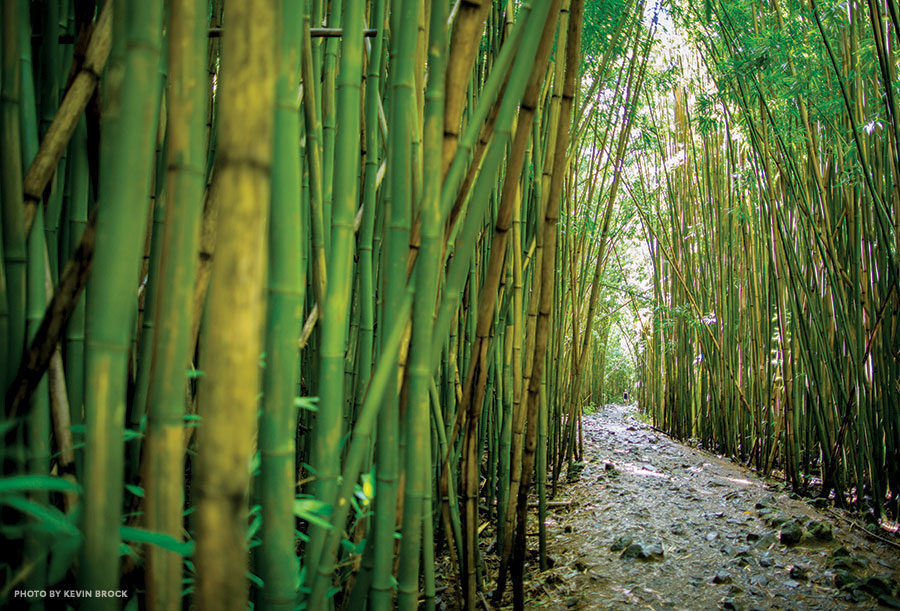 The weather this day, though spotty during the drive, was on our side as we pulled up to the park entrance. A squall stood off to sea but the sun was gamely hanging in there above us, occasionally obscured by dark lavender streamers of cloud. We always stop at the visitor center for updates before hiking the trail, as storms reshape this side of Maui constantly. Flash floods and rockfalls can close pools, trails can wash out or undergo repair and detours, and although Maui can seem like a playland, it is a living, changing island with dangers that have killed the brash or unprepared. Streams carve deep, beautiful gorges, but they do so without regard to who might be swimming in them when the volcano’s flanks rapidly shed water.

After stopping in at the visitor center to catch up on local news and conditions, my friend and I stepped out to find a rainbow over the streambed . . . and learn that our French hitchhiker had hitchhiked immediately back the way we’d come. (Ah, the French, so mysterious. . . .)