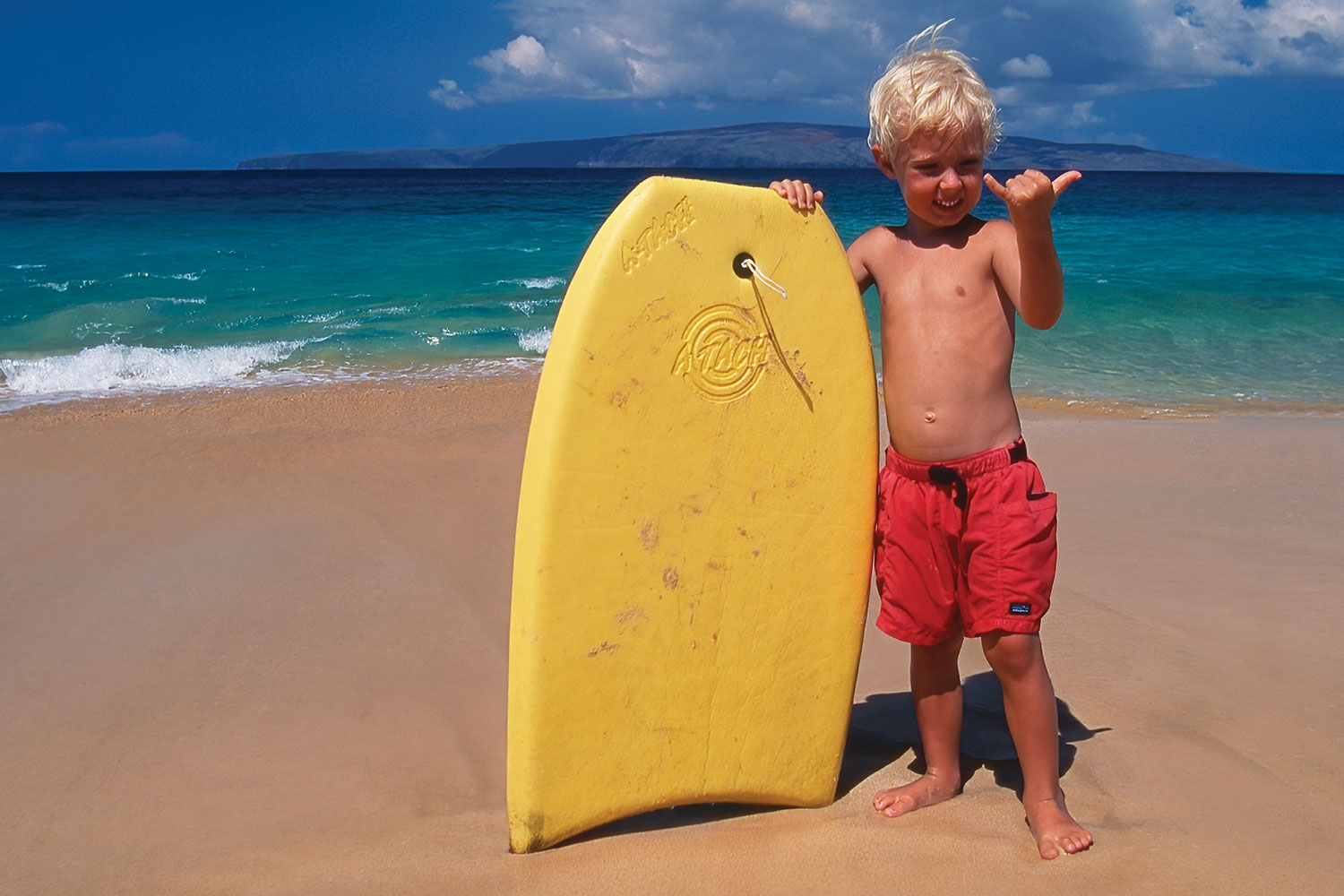 It’s an odd little gesture — thumb and pinkie extended outward from the hand, the three middle fingers folded into a partial fist. It’s the “shaka sign,” and it says Hawai‘i as surely as any flower lei or coconut hat.

The shaka has been a fixture of island life for genera­tions, and it simply means, How are you? Or, as we might say, Howzit? The gesture is often accompanied by a brisk, lateral swivel of the wrist that can stop at one repetition or continue for sever­al. (Think of an old-fashioned yard
sprinkler, the rotary kind that goes, shick-shick-shick, sending jets of water arcing outward gracefully over the lawn.)

Thousands of times every Hawaiian day, the shaka flashes across traffic, punctuates conversa­tions, signals triumph or happiness, greets arriving guests and then sends them safely home. It’s a happy sign, a casual thumbs-up to the many pleasures of island life and friend­ship.

But who flashed the first shaka and why? Where did it come from? Its origins remain as cloudy as the West Maui mountain at midday.

Some say the first shaka-signer was a man who lost his middle three fin­gers in a fireworks explosion, and thus “waved” with only his thumb and pinkie. But this stretches credulity. Even if the guy did have only two fingers, why wouldn’t he wave with his other hand? And even if, for the sake of argument, he had blown off the middle three fingers of both hands, wouldn’t he have waved in the traditional manner — side-to-side as opposed to the distinctive forearm twist of a true shaka? It’s a colorful anecdote, but pretty far-fetched.

Back in Hawai‘i’s Territorial days, a shift supervisor at an unknown sugar plantation had to make fre­quent checks on the steam pressure in the mill’s boiler room. The easiest way to determine if the boiler was working properly was to check cer­tain “Y” valves atop the piping.

As its name suggests, a Y valve resembles the letter Y in that it has a vertical stem topped by equal, opposing, outwardly angled digits. A properly functioning Y valve flicks a quarter turn on its stem forward and backward repeatedly.

Now, the shift supervisor could have climbed down the ladder into the bowels of the boiler room himself to examine the Y valves in question. But he was management, or close enough to management to carry a clipboard. Then, as now, clip­board guys don’t climb down dan­gerous ladders into the bowels of anyplace. Rather, they stand at the top of a platform and yell down to some hap­less worker below.

But have you ever been inside a boiler room at full crank? Neither have we, but we’d wager that there’s no way Clipboard Guy — even if he had the lungs of a bull elephant — could have been heard over the clashing and gnash­ing of tons of cane-grinding machinery.

Instead, Clipboard Guy employed a kind of remedial sign language, and simply fold­ed his three middle fingers into his palm (assuming said fingers hadn’t been blown off by fireworks), with his thumb and pinkie extended, and rotated his forearm back and forth to mimic a properly working Y valve on its stem.

Recognizing the interrogative ges­ture, the worker down below would inspect the valves in question, and then would raise his arm and return the rotating gesture to Clipboard Guy, as if to say, Everything’s cool!

Presto, the shaka was born.

So now you know the real story … or one version, anyway.