For the past three decades, Sissy Lake-Farm has faithfully donned a single gold bracelet inscribed with her Hawaiian name: Kahakuhaupiokamakani. The bangle has become an appendage that encircles her wrist, no matter the occasion.

Known as Hawaiian heirloom jewelry, this type of bracelet is an anomaly of sorts: it is almost always made of gold — which, like other metals, didn’t exist in pre-Contact Hawai‘i — and, along with botanic motifs, is engraved in black enameled letters written in an Old English font. Nevertheless, for Sissy’s and many other local families, this is the gift that marks special occasions like a graduation, wedding, or childbirth.

Sissy’s connection with her Hawaiian bracelet began when she was twelve years old, when her mother promised it to her upon her high school graduation, with some stipulations.

“She told me I couldn’t get pregnant, and that I had to graduate high school with the intention of going to college,” says Sissy. “Certain kuleana [responsibilities] come with this makana [gift], and when I received my Hawaiian bracelet, it was like a right of passage.”

Sissy’s mother paid for the bracelet on installment, visiting the jeweler every few weeks. Once purchased, the piece was secured in a bank safe-deposit box, to be released on just two occasions before graduation: Sissy’s junior and senior proms.

Sissy’s mother and aunt had received their Hawaiian bracelets from her grandparents in similar fashion, and it’s a custom she will continue with her own daughter.

“My mother always told me that she doesn’t intend to go to the grave with her bracelet. It will become mine, then it will become my daughter’s,” she says. “I feel when I wear it, I am holding a place for my kūpuna [ancestors] on my person.”

There’s an expectation that Hawaiian jewelry is an heirloom to be passed down, says Paul Sato, vice president of sales at Na Hoku — the oldest and largest fine-jewelry manufacturer in Hawai‘i. Even if you purchase a bracelet for yourself, he notes, “you are the custodian or steward of the jewelry for the time that you own it. Eventually it will go to other members of the ‘ohana [family].

“Because of the symbolic nature of this jewelry, it’s not uncommon to see women with multiple Hawaiian heirloom bracelets,” Paul adds. “Go to any local grocery store and just count how many heirloom bracelets are on the arms of the women at the checkout counter.” 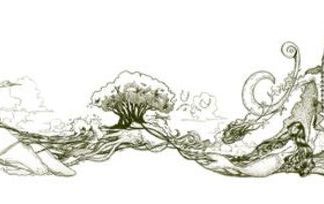