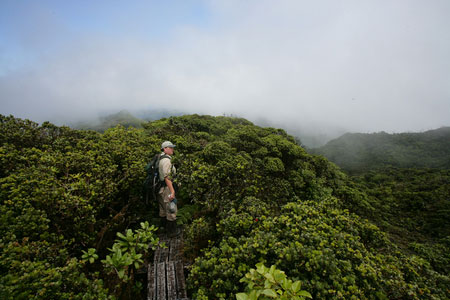 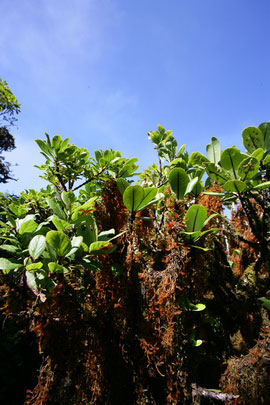 I first heard about Pu‘u Kukui bog—the Holy Grail of conservation on Maui—while yanking weeds out from peoples’ backyards with the Maui Invasive Species Committee (MISC) field crew. During sweaty days battling razor-sharp pampas grass and caustic rubber vine, we kept visions of pristine Hawaiian forests in the forefront of our thoughts. MISC’s chairperson also happens to be the Pu‘u Kukui preserve manager, Randy Bartlett; he suggested that our tiny army of plant killers be rewarded with a visit to the summit, to see what we were working so hard to protect down below.

We salivated at the rare chance to experience the hallowed temple of bog plants. Time passed; the weather never cooperated. Our crew swelled to over 20—far too many for a helicopter, let alone the preserve’s slender boardwalk. The window of opportunity closed. I nursed my disappointment by looking at Susan Middleton and David Liittschwager’s outstanding photos of Pu‘u Kukui’s endangered flora and fauna. 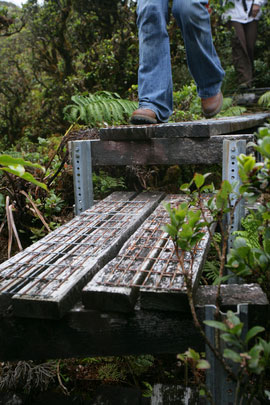 By the time I left MISC my desire to see the bog had grown so keen I actually dreamt about it. (I know . . . what a nerd!) Oddly enough, when I eventually arrived—thanks to my new gig as a freelance writer—I had a surreal sense of familiarity, as if the plants and I had already met. It’s a strange feeling, being stared at by plants. 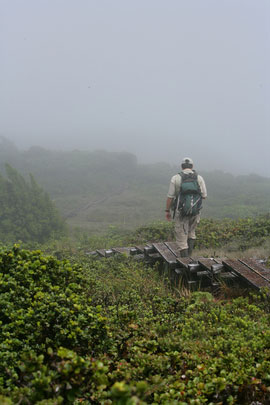 I had never experienced a place so wholly owned by plants before. Taking in the six-inch carpet of tiny ‘ohi‘a trees nestled into pale geraniums and spiky silverswords, I was immediately struck with the realization that we humans weren’t invited to this party. We were aliens—an observation reinforced by our confinement to an 18-inch wide boardwalk. We had ascended into another realm, a wonderland abounding with life forms that Adam had never got around to naming. I found it difficult not to think in spiritual terms. Why do these plants exist? Who are they for? Unaltered by humans, the sparkling landscape tumbled euphorically down the steep cliff-sides, as far as the eye could see. 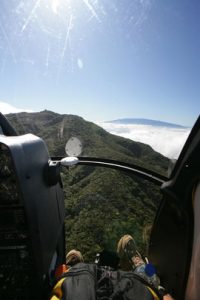 Such wilderness is critical to our civilized survival. Not only does Pu‘u Kukui supply West Maui with water—our second greatest need after  air—but it functions as a sustaining inspiration and sacred space. If the only landscape we humans know is that which we’ve recreated in our own image, how will we remember our right size on the planet? The ancient plants looking down from Pu‘u Kukui remind us, in gentle, soft-petaled whispers, of powers greater and older than our own.