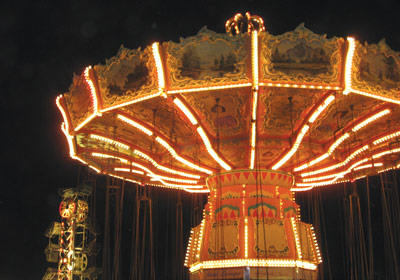 Ask any kamaʻāina for a favorite Maui County Fair memory, and the reaction is always a smile. Behind every nostalgic gaze is a thread that traces Maui’s past, from tales of spirited soapbox derbies and high-stakes horse races, to politically incorrect sideshows complete with six-legged cows and bearded ladies.

For lifelong Wailuku resident Aichi Irie, the fair was the social event of the year. The eighty-seven-year-old remembers when families from across the island—and groups by the boatload from Oʻahu—would converge on the twenty-five-acre plot known as the Old Kahului Fairgrounds on Puʻunēnē Avenue. (The fair relocated to its present home at War Memorial Complex in 1989.)

Irie’s father earned ninety cents a day as a janitor for Wailuku Sugar Company. He would give each of his seven kids fifty cents to spend at the fair.

“Dat was big bucks back den,” Irie recalls. “But da fair was special times, so our parents sympathized wit’ us.”

Even during hard times, attending the fair was a priority for nearly every family, no matter how poor. Irie recalls two Hawaiian brothers who bought a “stick candy” after finding a penny on the ground. The pair took turns licking the sweet morsel until it was gone.

“And den, if one was holding on to da candy too long, the braddah would nudge da other one, ʻEh, you buggah, my turn,’” Irie laughs. 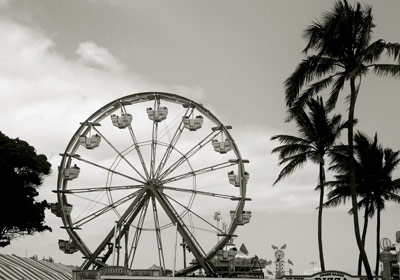 Maui’s inaugural fair was held in 1916 at what is now Wells Park in Wailuku, and enchanted onlookers with its star attraction: an elephant named Daisy. Except for wartime interruptions in 1917 and 1918, and 1942 to 1946, the fair has kicked off every year around October.

Instead of modern-day staples like the Ferris wheel and healthy-baby contests, fairs of yesteryear often revolved around sporting events. High school football games between rivals Lahainaluna and Baldwin would fill the stands, while it’s said that in the early 1940s, more than 5,000 people watched two infantry troops stage a dramatic sham battle.

Across its many incarnations, the fair has always been about fostering a sense of community. Old friends reunite under the glow of carnival rides, families create memories, and strangers bond through unexpected circumstances. Maui Fair Board President Avery Chumbley, who has been involved with the event since the mid-1980s, remembers such an instance: “One year, this guy who had been planning to propose to his girlfriend on the Ferris wheel came up to the fair trailer in a panic because he lost the ring on one of the rides.” 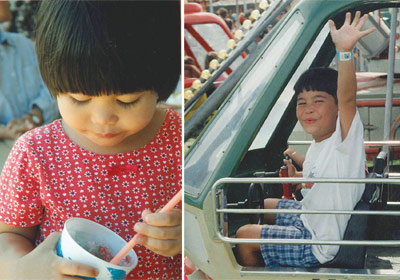 That prompted Chumbley and other fair officials to comb the grounds for the tiny treasure. They finally found the ring and returned it to the teary-eyed man. So, did she say “Yes”?

“Hmm,” Chumbley pauses. “You know, I never found out.”

Make your own memories when the 2013 Maui Fair rolls into town, Thursday through Sunday, October 3 through 6, at the War Memorial Complex in Wailuku. For information on times, tickets and more, visit www.mauifair.com