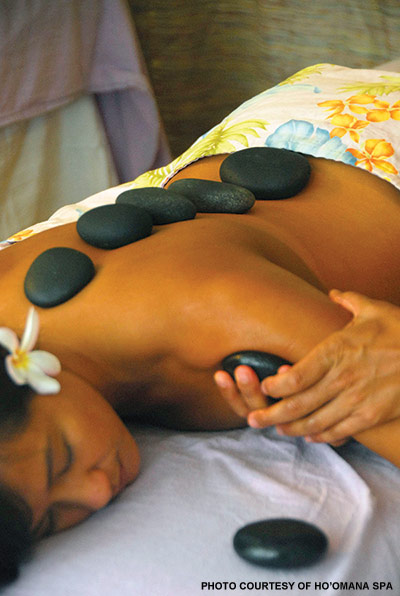 Hawaiians believe that mana, life force, dwells within the bones. Lomilomi practitioners use a variety of techniques to skillfully unlock the tension in the muscles and ligaments surrounding the bones, which allows mana to circulate freely. “Sometimes, says Naluai, “there can be a miraculous healing.”

Naluai knows something about miracles; her career in the healing arts has been marked by the kind of encounters that some call coincidences, others divine intervention. In college she majored in physical therapy, obtaining her master’s in sports medicine. Soon after, she had the rare opportunity to study with Margaret Machado, a renowned native Hawaiian healer who, in the 1970s, was among the first to share lomilomi with the world.

Traditionally, the science and lore of lomilomi was kept secret. Each Hawaiian family had a healer who would pass his or her knowledge on to a chosen apprentice. But like many indigenous arts, lomilomi was in danger of extinction; too few elders remained to teach the younger generation. Machado felt it best to open her oceanfront home in Kealakekua, on Hawai‘i Island, to anyone willing to learn.

In 2000 Naluai arrived. She and a dozen other students camped out on the lanai, where they learned to massage using their forearms, palms, knuckles, elbows, knees, and feet — even sticks and heated stones. Machado taught them to collect sea salt and black volcanic sand for exfoliation, and to sweat out toxins in a lauhala-thatched sweat house.

Practicing la‘au lapa‘au (plant medicine), they drank herbs to better tolerate the heat, and rubbed fresh aloe onto their skin. 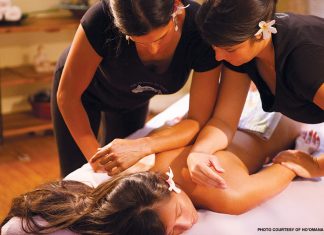 Aligned with the Ancestors

Lomilomi has the potential to "heal a person's path backwards and forwards," says Jeana Naluai, owner of Ho'omana Spa.