Yes, Maui’s beaches are famous for their beauty. Red sand, white sand, gold sand, black sand — it’s an embarrassment of riches. And yes, sometimes it is tempting to take a book, or a nap, under a tree in the lovely light of late afternoon, or pull up a chair and pour a glass of something tasty while you simply enjoy the view. But while Maui’s beaches are certainly perfect for doing “nothing,” they also give us the world’s most stunning settings for doing something. 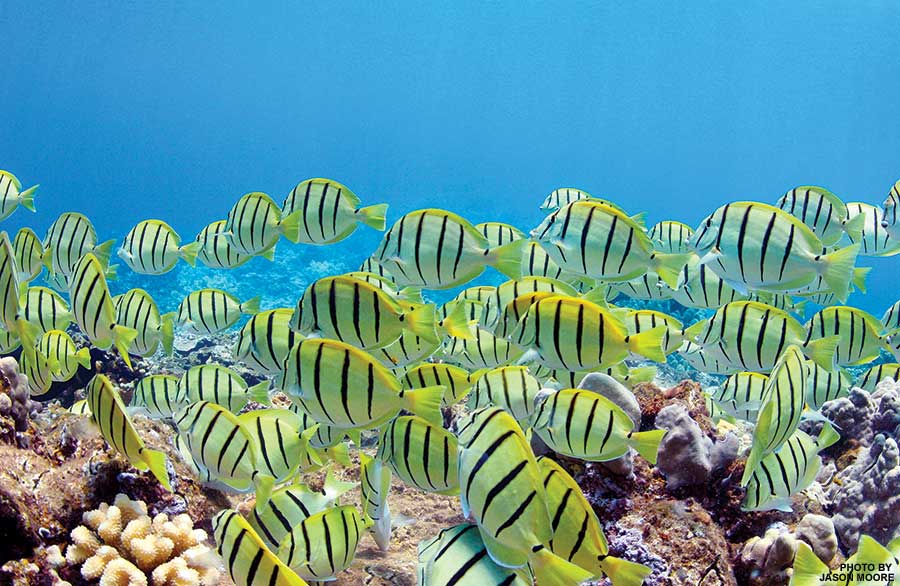 Marine conservationist Liz Foote is the founder and executive director of Project S.E.A.-Link; her day job is promoting healthy oceans and reefs. When I ask her to name Maui’s best snorkeling beach, Liz laughs, because, really? This is Maui. When I lean on her to choose, she says, “A top contender would be Kahekili Beach Park in Kā‘anapali. I helped advocate for the Kahekili Herbivore Fisheries Management Area there. Throughout the years it has topped the list of beaches with the most variety of fishes, based on citizen science surveys.”

Kahekili Beach Park has bathrooms, showers and a long, golden beach with the reef just feet offshore. Get there in the morning, before afternoon trade winds start creating currents. Liz points out that, “Unlike many other protected areas, this is not no-take, no-access or no-fishing: fishermen and snorkelers are welcome here.” It’s just that some fish, like parrotfish and surgeonfish — herbivores that graze primarily on coral-smothering algae — are legally protected. “It’s great,” says Liz, “to see people on Maui motivated to take care of the snorkel spots that they love, like Kahekili. And in the six years it has been protected, fish numbers there have come up.”

Keep an eye out for elegant triggerfish, slender bird and saddle wrasses, the obviously named orangespine unicornfish, and lavender tangs — among the five most common fish on the reef. Feeling lucky? Try to find an elusive flying gurnard, or spotted eagle rays, or maybe even a rare, endangered, hawksbill turtle.

Matt Holton is a volunteer assistant coach for the Kīhei Charter Track and Field team. He’s also come in first among Hawai‘i residents at the Honolulu Marathon — three years running. Who better to call about the best running beach on Maui?

He says, “One of my favorite beaches to run, because there is so much space, is three-mile-long Sugar Beach in North Kīhei, preferably at low tide. No other beaches are that open and away from traffic. I start by the canoe club around 6:30 a.m. When the waves are breaking, but not too big, there are glassy barrels along the shoreline, tide pools on the Mā‘alaea side to explore, canoe races to watch, and the chance of seeing whales during the season. I’m always drawn to the background noise of waves on the shore. Like running, it has a rhythm. And I appreciate being off of paved surfaces. I’ve run [Sugar Beach] with shoes and without, but the feeling of sand going through your toes — it has that feel and that connectivity.”

According to his website, twenty-three-year-old waterman Kai Lenny learned to surf at four, windsurf at six, stand-up surf and stand-up paddleboard (SUP) at seven, and kite surf at nine. Kai’s name means “ocean” in Hawaiian, and he has grown to fully inhabit his name. I caught up with Kai just as he returned from Europe and he was kind enough to fight jet lag and chat about what he considers the best Maui beach for SUP.

Kai says he goes all over Maui to find flat water or great waves for paddling, even out to the legendary surf break “Jaws,” where he once saw a massive tiger shark and had to decide, as he put it, “what you are more comfortable with, a giant shark or a giant wave.” But his favorite user-friendly beach to SUP is Kanahā Beach Park. “It’s just really fun for going out and catching a ton of waves” he enthuses. “In the early morning there is no wind; it’s just a sheet of glass. Once I saw a manta ray there so big under my board that I thought a huge rug had fallen off a boat. It just dwarfed my seven-and-a-half-foot board and went under me; it was magic.”

His advice? “If you have the right gear and knowledge, your experience is going to be better and you’re not going to get into trouble. First visit a local surf shop like Hi-Tech Surf Sports, which can tune you into the right gear. And always check with lifeguards to make sure the ocean is safe that day. Wear an ankle leash to secure the board to you, and be aware of your surroundings.

“SUP is the only water sport in the world that you can do on any kind of water, fresh or salt. I can go anywhere on the planet and know I will get a good workout and have fun. It’s kinda like the Swiss Army knife of surf sports.” 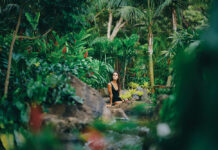