If you want to know what’s happening in Maui’s luxury real-estate market, there’s no better person to ask than Mary Anne Fitch, director of Hawaii Life One and Hawaii Life Real Estate Brokers, an exclusive affiliate of Christie’s International Real Estate. A certified international property specialist, Mary Anne is one of Maui’s most respected realtors, specializing in the West Maui luxury market. So ask her we did.

A very robust market. I expect a dramatic increase in sales this year. Prospective buyers are seriously considering investing in second homes.

Do you think it’s a stable market?

I think the market is starting to bubble, but I’m not seeing big spikes in residential or land markets. For example, in 2016 the volume of home sales was just over $1 billion. In 2017 it was $1.125 billion—an 8 percent increase. What is very interesting is the level of condominium sales. In 2017, they rose by 22 percent over the previous year. When you combine residential, condominium and land sales, 2017’s total volume was $2.2 billion, compared to just under $2 billion in 2016. That’s a healthy increase of 14 percent.

What is the big attraction of luxury condominiums?

Amenities. They offer a truly luxurious lifestyle with access to restaurants, services, activities, concierge, anything you desire. And they are located on gorgeous beaches. Sales at The Montage Kapalua Bay have been very strong, and should continue to be so in 2018. Spacious three- and four-bedroom residences sell for between $3.5 million and $8 million. Sales have also been strong at Coconut Grove and Ironwoods at Kapalua, and Honua Kai on Kā‘anapali Beach; as well as Andaz, Wailea Point and Wailea Beach Villas in South Maui.

What is the inventory like in the luxury home market?

If we focus on $3 million and up as the luxury market, forty-eight Maui residences sold in 2017, up from forty-four in 2016. Twenty-eighteen has gotten off to a great start. Some sellers made the decision to close this year to take advantage of the new tax law. Early sales include a Launiupoko Estate that closed at $11.35 million, the highest sale ever in the Launiupoko market—by twofold. A Mākena Beach house closed at $9.25 million, and another closed on Baby Beach in Lahaina for $3.7 million.

What do you think makes Maui more attractive than other high-end destinations for second-home investments?

Value, and the ability to use the property year-round. I know that, with prices like $10 million for a luxury home, that may sound crazy—but it’s not. Most high-end areas such as the Hamptons, Nantucket, and Florida offer only four months or so of great weather. And they command very high prices. Maui offers gorgeous weather all year. If you aren’t going to be using your second home here, you can make it available to family and friends, or perhaps even rent it out. And we have good private schools. That has opened the door to some families relocating permanently. Maui is an incredible value.

Ten million? Is that average in the luxury market?

Ten million and up represents the high end of the luxury market. In 2016, only five Maui residences sold for over $10 million, including an $18 million sale in Spreckelsville. The highest priced sale in 2017 was also in Spreckelsville, adjacent to the home that sold in 2016. It sold at $16 million. Both Spreckelsville sales were legacy properties with considerable acreage. We also had a sale in Mākena for $15.5 million.

Do you see a trend toward buying legacy properties?

Not at this time, since there are very few on the market. Those types of properties rarely change hands. One trend I do see is that the very high-end sellers are choosing not to list their properties on the open market. Instead, they prefer a quiet offering.

What is a quiet offering?

It’s when a high-end seller doesn’t want a lot of curiosity seekers. So they choose an expert agent, one who works primarily with referrals among their existing clientele and prospectives. I know of three current quiet offerings on Maui, each an oceanfront residence, with prices ranging from $18 million to $59.5 million. None of those properties will be listed openly. They will sell within a network of seasoned realtors who specialize in that realm.

Where is the money coming from?

Are there any “bargains” left on Maui’s luxury market?

Yes, oddly enough. We have some gems that have been reduced in price over time; they represent true value. When I look at the numbers that properties in other parts of the world command—in places such as Monte Carlo, the South of France, even Malibu—it’s astonishing what a bargain Maui is. There are several oceanfront properties in Olowalu that I consider a terrific value. Oceanfront will always be in demand.

What do you see for the next five years?

I feel strongly that Maui will become even more of a global market. We are attracting a brand of buyer who does not question the price, but rather values a lifestyle. Maui offers that. 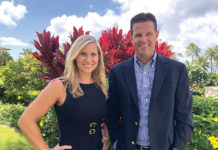 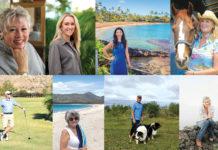 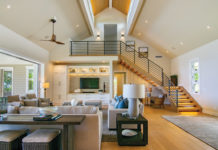