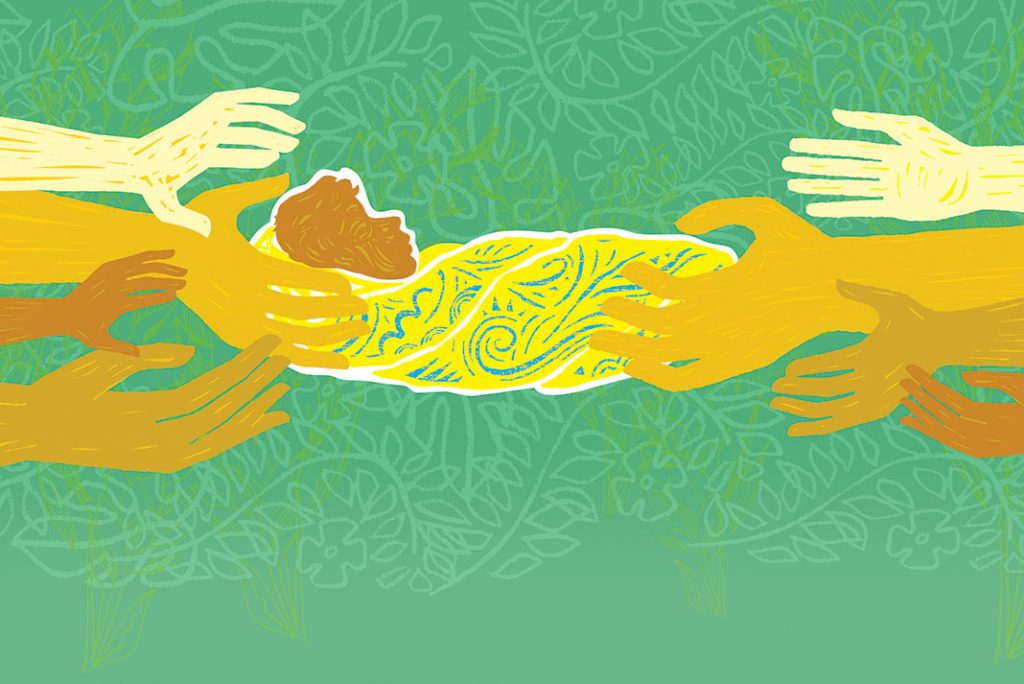 There’s a saying in English that you can’t choose your family. But with an ancient and enduring Hawaiian tradition called hānai, sometimes you can.

Hānai is, loosely speaking, the Hawaiian word for adoption, but its meaning is less rigid than its western equivalent. For one thing, hānai children know their biological families and usually keep close ties to them. In fact, in most cases, babies are placed in homes with blood relatives.

It still is. When Hōkūlani Holt was born, she was taken directly from the hospital to live with her mother’s parents in Waiehu. “My grandparents asked for me,” she says. “They went three times to the hospital, till finally my father said yes.” Her grandparents, who had raised fifteen children of their own, missed having youngsters in the house, and took in not just Hōkūlani, but also several other cousins.

An esteemed kumu hula (hula teacher), Hōkūlani believes her hānai upbringing “absolutely contributed” to  her path. “My grandma [a kumu hula] was pure Hawaiian, and my grandpa was half, and they spoke Hawaiian. It was a country lifestyle, with Hawaiian cultural practices around me all the time. So it’s not that she taught me in the western sense; it’s that she lived it, and I learned.”

She laments that there seems to be less hānai nowadays, as Hawaiians increasingly perceive it as “giving away your children.” During the nineteenth century, missionaries were reported to have looked with disdain upon the custom, comparing the practice to doling out puppies.

But those involved in hānai, both traditionally and today, never saw it as “giving away,” but rather as “sharing.” The family didn’t get smaller, it expanded. Hōkūlani says that she was the common bond that strengthened the relationship between her birth mother and her grandparents. “They kept in touch much more than they would have otherwise.”