When people think of “Upcountry Maui,” they are likely thinking of Haleakala Ranch — whether they know it or not. Take for example the prettiest drive on the island, what people commonly call the upper Kula road, which scales the mountain from the “Five Trees” intersection at King Kekaulike High School to where habitations cluster near the Kula Lodge. It’s five miles of pastoral beauty, an area reserved for plants and clouds, long views, occasional groves of monumental eucalyptus, but mostly fat green swells of pasture. Sometimes you’ll see cars stopped on the roadside, passengers gawking at a throng of white lambs that leap in the deep grass, or at strapping horses contentedly grazing. This bucolic world was not crafted by nature alone. For the past 125 years some 30,000 such acres have been groomed and managed by the largest family-run company on the island, Haleakala Ranch.

Parceled into five discrete swaths on the slopes of Maui’s larger mountain, the ranch includes the entire sweep of Crater Road up to the boundary of Haleakala National Park, and the lush fields around Makawao town. It includes the rocky, dry sprawl of Kama‘ole, which travelers can view from the heights at Sun Yat-sen Park, on the belt road past Kula, looking all the way down to Kihei. (The little park occupies land that Haleakala Ranch gave in 1965 to the people of Maui.)

Some of these heritage landscapes are not so readily visible. During the 1980s the ranch put 5,000 acres of native-forest watershed in a conservation easement that is managed by The Nature Conservancy. The ranch has also fenced 1,200 acres of subalpine shrubland called Pu‘u Pahu Preserve, which rises from 6,000-foot elevation nearly to the mountaintop. This acreage protects a variety of near-extinct plants, including a species of geranium that has only fifty or so individuals living.

Certainly quite visible, though, is Haleakala National Park, which the ranch cooperatively transferred to the Federal government in various decisions throughout the 1920s. Other evidence of the company’s commitment to the health of the mountain: its active membership in both the East Maui and the Leeward Haleakala Watershed Partnerships; also its selection of Scott Meidell as vice president and general manager.

Meidell came to the job after eleven years at Pu‘u Kukui Reserve, where he worked to protect wilderness areas on West Maui. “A big part of our ranch operations is conservation,” he says. “As far back as the late nineteenth century, the ranch was discussing conservation zones and proper land management with the Territorial government. My job has been to manage our relationships with The Nature Conservancy and the watershed partnerships. This kind of thinking is consistent with the basic vision and goals of the company.”

Though it is a corporation, Haleakala Ranch is also a tribe, run by a family-based board that looks to the past as it experiments with the future. Retired ranch secretary Camille DuBois Lyons remembers childhood days when a kid could climb on a horse and ride unfenced slopes from Makawao to the Crater. “The generation I lived in — no locks and keys — those days are over,” she says wistfully. “But I want the ranch to be run by people who live on Maui and care about it, people who are not into it for the money, who want to put back into the mountain and preserve the land.”

Camille is part of a 125th anniversary committee that (among other things) has prepared a history of the ranch — a history that is equally a genealogy — to be shared with family members this summer at a weeklong reunion. To recommit to the mission of the ranch, these sundry and sometimes far-flung relations, representing some eighty subfamilies, will gather for pasture parties under open-air tents, hike through pristine native zones the ranch protects, and plant a grove of native trees along the Crater Road. They’ll hear about the challenges of making a profit with grass-fed cows on a Pacific island at the beginning of the twenty-first century. Looking back and looking ahead. This is a party with a purpose.

“I love this company,” says Frances “Effie” Cameron Ort, who is working with Camille Lyons and Kristina Lyons Lambert on event planning. The three cousins (variously removed) are zealous about “keeping the family, the investors and heirs, in love with the company as well.” Ort says that the planned gathering evolved from core questions: “How can we bring ourselves together, rediscover each other, renew the passion that H.A. and Sam had?”

By mentioning H.A. and Sam, Ort is instantly looking back. Harry A. and Samuel Baldwin were the oldest and youngest sons of Henry Perrine Baldwin, who was elected first president of Haleakala Ranch in 1890, two years after its incorporation in the Kingdom of Hawai‘i.

The son of missionary parents, “H.P.” and partner Samuel Alexander created the irrigation system that now waters lush acres of sugarcane across central Maui, and he represented the island in the Territorial legislature. With profits from sugar and pineapple, H.P. bought land up and down the slopes of Haleakala. The uplands, not suited for agriculture, became a beef operation.

H.P.’s sons consolidated these ranchlands as a distinct corporation and a distinctly family-based company.

Harry A. Baldwin was a smart and defiant kid, a natural leader. He attended Punahou School in Honolulu but got himself expelled — one stormy night he rode his horse into the school hall to give it shelter, and the school president scolded him with such blistering language that Harry retaliated by shaving the tail off the man’s horse. Harry graduated from M.I.T. in 1894, then came home to work at Ha‘iku Sugar Plantation. He fell in love with a Honolulu girl named Ethel Smith, who was only fifteen. Her parents made them wait two years to wed.

In 1918, Harry and Ethel built a mansion a mile below Makawao town and named it Kaluanui. Decades later, their grandson Colin Cameron — Effie’s father — made the historic building available to Hui No‘eau Visual Arts Center as its home. In a happy sort of symmetry, the Hui is hosting a public exhibit on the history of Haleakala Ranch now through summer 2014.

Like his father before him, Harry Baldwin served several terms in the Territorial legislature. In 1920, as president of the senate, he gave Hawai‘i’s women the right to vote and hold office, and he liberalized the public school system.

Unlike Harry, Sam preferred the mountain to the city. (One suspects that a dichotomy runs through the Baldwin family — business or horses?) Sam developed the breeding herd, brought in more nutritious grasses, and built up the ranch’s dairy operation, which persisted up to the dawn of the twenty-first century. Sam also helped establish the Maui County Fair. By all reports he was a humorous, compassionate man — he even put wooden floats in the livestock watering troughs so that the birds could get a drink.

Sam’s predilection for open skies helped establish the ranch as a family-run entity. After Harry’s death in 1946, Sam took over as ranch president. His son Richard, nicknamed “Manduke,” became ranch manager in 1934, and served as president from 1968 to 1976 — the year Manduke’s son Peter took the reins.

Under Peter Baldwin’s leadership, Haleakala Ranch celebrated its centennial in 1988, and in 1991 joined the East Maui Watershed Partnership to protect 100,000 acres of forest habitat.

But times were changing. In 1998, the ranch sold Haleakala Dairy to Meadow Gold. In 2000, Peter retired and was succeeded by Willard “Buzz” Stluka, the first president of Haleakala Ranch who was not a member of the Baldwin family.

Neither is the current ranch president, Don Young. Nor is Greg Friel, head of livestock operations. Friel came with experience from Ka‘u District on Hawai‘i Island, from Kaua‘i Island, and Hana, Maui, and he’s a student of the challenges of raising non-feedlot cattle in the new century. “Normal isn’t working anymore,” Friel says with serious demeanor, a strong man who certainly looks as if he had spent his life riding horses. Then a glimmer of irony in his eye. “We’re opening the Hawai‘i chapter of the lunatic fringe.”

Friel is dedicated to bringing cattle to market from here on the mountain, grass finished, not shipped to feedlots, not shot with loads of antibiotics. The ranch is committed to Maui Cattle Company — a consortium of six local ranches — and its distribution of clean, island-raised beef to local restaurants and markets. He’s also focused on multispecies grazing: goats, sheep, and cattle together. You can’t get much of a Western roundup out of goats and sheep, but they will graze on plants that are harmful to cattle and to the mountain landscape. Whether he’s on the Internet, connecting with other “fringe” ranchers, or sitting in his truck tearfully watching axis deer mow down one of his pastures, Greg Friel is always thinking about how to make a ranch succeed on this island at this time. 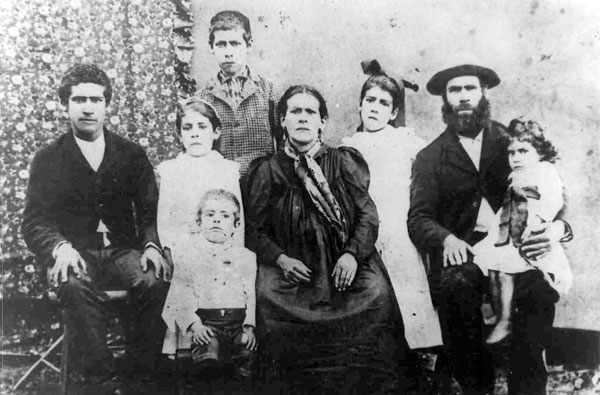 In Sam Baldwin’s day, Haleakala Ranch employed over a hundred workers. Today the number is twenty, governing the same acreage. Thirteen are herders, tending 2,000 cattle, 2,000 goats, and 500 sheep. The cowboys check the fencing, watch the water and mineral supplies, and move the livestock from pasture to pasture. Now they use GPS and other computer technology, and they drive ATVs and Polaris buggies.

The story is really not about cows or even about ranching. It’s about land management. Open space. Preservation of primeval forest. Running a good business. Having a damn good time with horses. Helping the people.