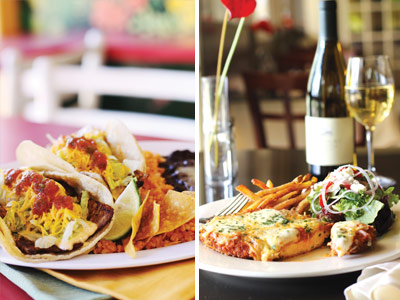 Every November, Maui No Ka Oi Magazine invites readers to take a few minutes from their busy schedules to vote for the best foods served up on the Valley Isle throughout the previous year. Casting a vote for your favorite eatery is not only self-empowering, it’s the perfect way to thank all the hard-working folks in the local food-and-beverage industry for making life a little sweeter for diners day after day. Sweeter still, profits from the Aipono Awards Gala and Aipono Wine Dinners benefit scholarships and programs for the Maui Culinary Academy.

We are grateful to all of you who responded this year, sending in a deluge of ballots on paper and online. On Sunday, April 15, we delivered the good news to Gold and Silver Aipono Award winners in thirty-six categories, who were cheered on by colleagues and coworkers at the Aipono Gala, held at the Hyatt Regency Maui Resort & Spa. 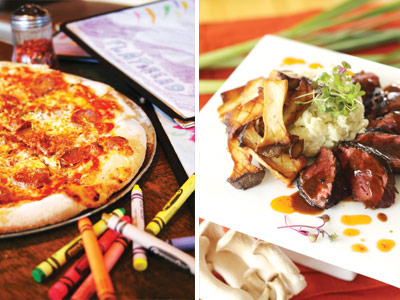 This being the tenth anniversary of the Aipono Awards, we went all out at the Gala, channeling our inner Carmen Miranda at a Copacabana-themed evening (or was the theme coincidentally selected to honor Caramel Miranda, the fruity, gooey, delicious creation of Lifetime Achievement Award-winner Mark Ellman?).

As you’d expect, the stars came out for the event, and none rose higher than Star Noodle. By evening’s end, the staff boasted multiple awards, including Restaurant of the Year. The top honor came as no surprise; few other Maui restaurants have generated online buzz like this stylish diner, whose maestro, Sheldon Simeon, won Aipono’s Chef of the Year in 2011, and was nominated for a James Beard Award. By now, you’ve likely eaten at Star Noodle, recommended it to your friends, and even declared at least two of the chef’s dishes your new personal favorites. (Vietnamese crepes and caramelized Brussel sprouts are mine!)

Fortunately for Maui, our industrious chefs continue to raise the bar and open new restaurants, even when economy watchers raise an eyebrow. For their courage, inspiration and amazing food, I’d like to raise a glass (preferably filled with Cucumber Breeze) to Honu, the Best New Restaurant of 2011, and runner-up Japengo; both are famous for their beautiful interiors and innovative cuisine.

Maui chefs and other industry insiders who voted for the Chef of the Year award passed the baton to Four Seasons’ Executive Chef Roger Stettler. The well-deserved nod from his peers was based on Chef Roger’s prowess at overseeing the tony resort’s fantastic food-and-beverage operations. In spite of his super-busy schedule, this wunderchef still finds time to dedicate himself to Maui Culinary Academy’s Noble Chef committee and other community-enhancing endeavors.

As much as I love to try new things, I live by the old saw “Make new foodie friends, but keep the old.” Thus, I never tire of my favorite Maui haunts, Pineapple Grill, Lahaina Grill and Mama’s Fish House, which each won multiple awards again this year. Hearing their names called repeatedly during the award ceremony, I was reminded of something Meryl Streep said at the 2012 Oscars. To paraphrase the grand dame, if you’re tired of seeing the same people on the winner’s roster—too bad! Like Meryl, top dogs keep winning because they are very, very good at what they do and we love them for it.

On the other hand, fresh faces are always welcome additions to the scene. Which is why MNKO initiates new Aipono categories every now and then: to lure the potentially shy (but nonetheless exceptional) into the limelight. Take, for example, the new Best Coffee Shop award. Although Ono Gelato is better known for–surprise!—handcrafted gelato, now that they have nabbed the Gold, they’ve opened our eyes to their expertise in the delivery of caffeine. Kudos to Ono for featuring Kimo Faulkner’s Kaanapali Estate coffees. A close second in the java race was the Coffee Store Napili, the daily meeting place of many a great athlete and businessman.

Another new category, Best Epicurean Twist on a Local Favorite, honors one of Maui’s many creative chefs who fashion gourmet versions of common island dishes. Appropriately, our readers selected Star Noodle again, most likely for its enchanting versions of saimin and soba. The Fairmont Kea Lani’s Ko restaurant captured the category’s Silver, and the Maui County Farm Bureau picked Ko’s Executive Chef Tylun Pang for its Friend of Agriculture award. No doubt the voting in both cases was inspired by just about everything on Chef Pang’s haute cuisine Plantation menu—from gourmet pancit noodles to banana lumpia.

Although we all seem to love food from South of the Border, the Best Mexican category has been inexplicably nonexistent in previous Aiponos. Obviously there was a pent-up demand, since just about every Mexican restaurant received votes. Amigo’s emerged the winner, with Las Pinatas hot on their heels, earning the Silver. Now that Oscar’s Taco Truck is getting cozy in a new permanent Honokowai space and Fred’s in Kihei continues to dish up mighty fine carnitas and Taco Tuesdays, this category is sure to generate keen competition in the coming years.

Finally, the fifth new category of 2012, Best Shorts & Slippers Dining, was awarded to my personal favorite toes-in-the-sand location, Hula Grill. As I’ve often tweeted, there is no finer way to bask in the glories of a Maui sunset than by dining ocean side, sipping a mai tai from a kitschy tiki glass while an island strummer sings ditties dedicated to weekend relaxation. Next Saturday, I’ll be sure to raise a glass to the 2012 ‘Aipono winners!