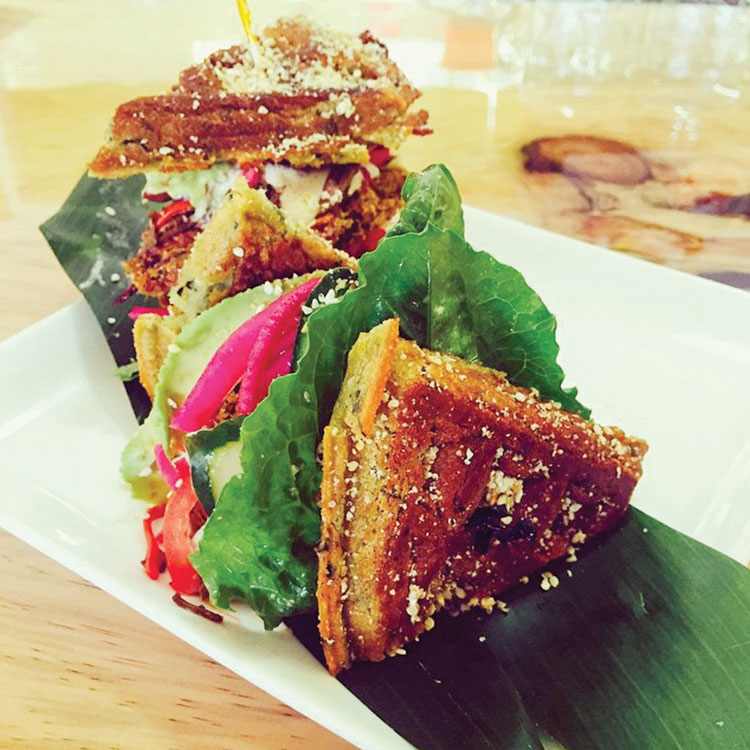 I’ve been stalking Chef Shanaan Fader for a few years now. The former lead chef of a local health-food deli, he says, “I was offered the job to open Maka by Ed Thiel, the owner of Mana Foods. Basically, he said, ‘Do it.’ And he walked away. It was like being given a gift.” Fader’s mise en place may not be  every chef’s cup of kombucha. Dehydrating, puréeing, juicing and fermenting drive his novel menu; a minimum of five cooks in the kitchen allows for preparing everything from scratch — no canned goods whatsoever. 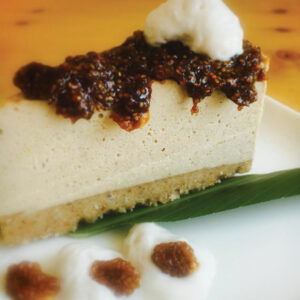 Faser is known for his perfected recipes for coconut kefir, coconut yogurt ice cream and exotic presentations of (mostly) raw vegan fare. He says, “When I moved to Maui from New York, there were so many great local products, like the coconut. So I made it a point to use these ingredients in my dishes.” Those dishes include fresh, organic Maui produce (supplemented minimally with produce from the continent), served with protein-rich dehydrated nut breads and nut cheeses; and a chickpea waffle bread that is the perfect foil for Fader’s “vegetarian burger” — a mix of root vegetables, greens andMediterranean spices. And for dessert, how about a probiotic feast? Fader makes his New York-style cheesecake with — what else? — coconut yogurt. The raw-food “cookie” base combines Brazil nuts, cashews, organic coconut sugar, and more; it’s juxtaposed with a silky-smooth cheesecake in all-natural flavors like coconut, lime, or pittaya (dragon fruit)and vanilla. If you’re searching for the elusive durian-raspberry-coconut ice cream, look no further. Shanaan has made some for you!