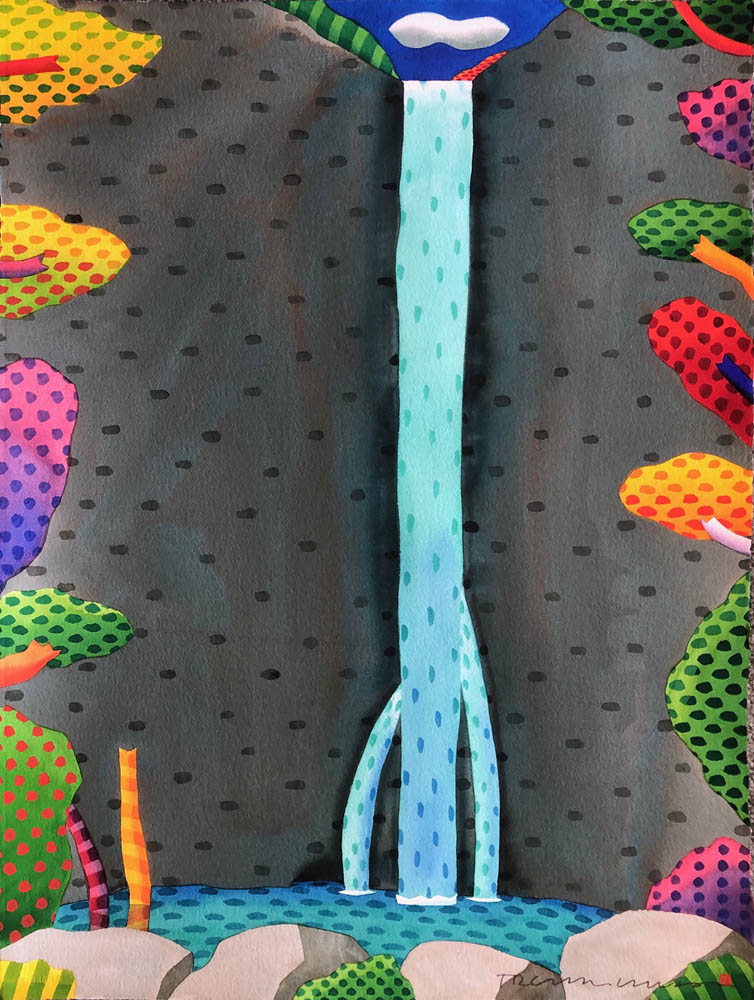 Ian Tremewen grew up with parents who were artists. So in 1973, when he walked into Village Galleries for the first time, he says, “I felt right at home.”

He had attended art school, but was still pondering whether to pursue art as a career. Then Lynn Shue took a few of Ian’s drawings, and gave him a part-time job at the gallery. “I felt very comfortable, cutting mats and talking to people about art,” he says. “When I’m in the gallery, it’s like catching up with old friends.

“As an artist, it’s important to grow; your work should change over time. Lynn encourages that, and it’s pretty gutsy — you’re taking collectors on a trip. When an artist is working in a representational manner, you can drop suggestions. But when the work is more abstract, like mine, it’s harder to critique. Lynn will say, ‘I really like that,’ make suggestions, then ask, ‘What do you think?’

“You can tell when somebody respects you and your work. I’ve been in different galleries, in different countries, over the years, and nobody is like Lynn. When I say I wouldn’t be an artist if it wasn’t for Lynn, it’s true.” 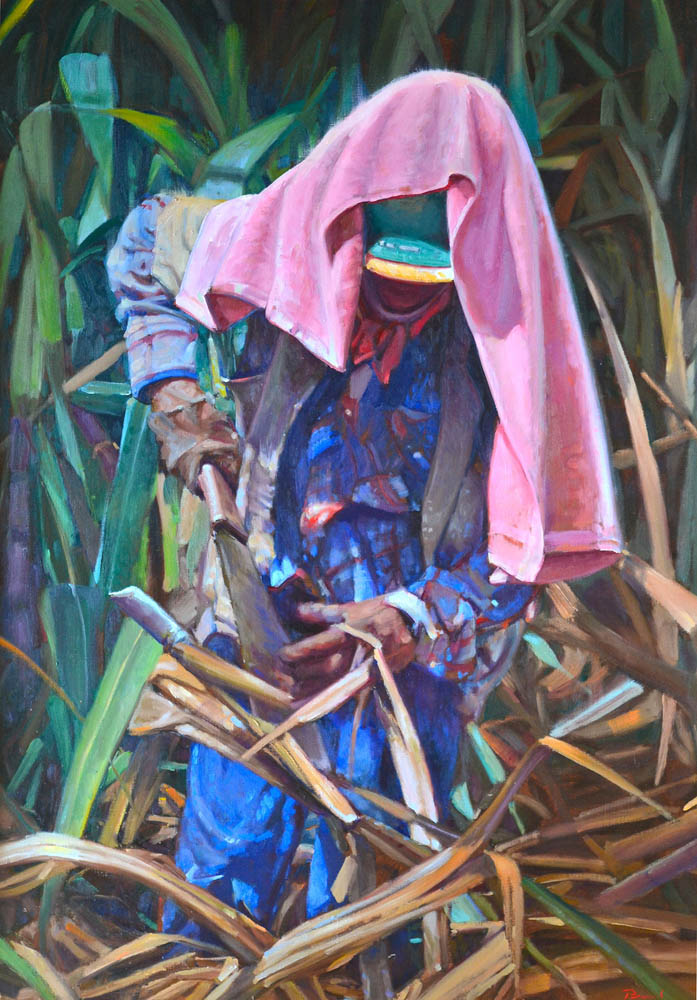 Macario Pascual was in elementary school in 1967, the year a handful of artists formed the Lahaina Arts Society. He was in high school when Village Galleries opened, in college when Lynn Shue saw his work displayed at the society.

“I tell her she robbed the cradle,” he laughs.

“Macario went to college in Honolulu, partly on a scholarship from the arts society,” Lynn recalls. “In summers, he’d paint and show works with me.”

Two or three other galleries had shown his work, but Macario soon realized that they weren’t for him. “I wanted to be with a gallery that would let me grow,” he says. “Galleries come and go, and many will control the prices, and be slow to pay. And if you’re exclusively with them, and don’t sell, you’re gone. Lynn would pay in two weeks, and if she knew you needed money, she’d write you a check even before a painting sold. 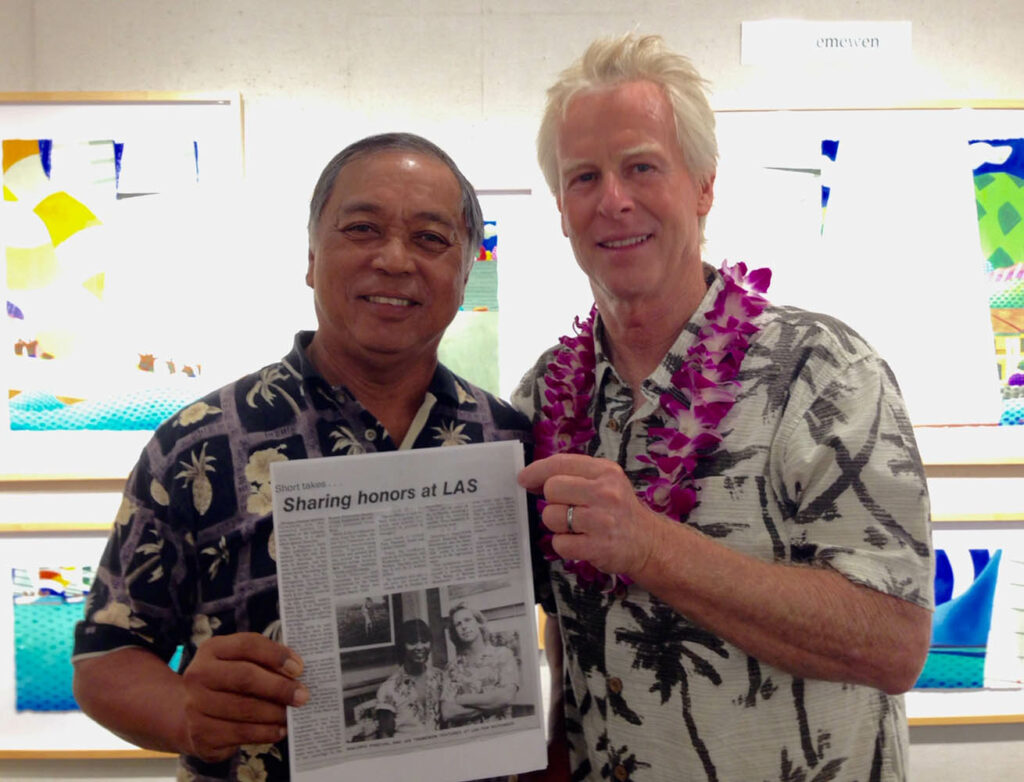 “Another thing I love about her gallery: Lynn has never restricted me. Other galleries wanted you to paint seascapes and waterfalls; those would sell — and the walls of a gallery are prime real estate. But there’s only so many sunsets or waterfalls you can paint; after a while, you lose the passion. Lynn took what I painted, so I could keep painting things that excited me, like cane workers and pineapple workers. That started a very good run with her gallery; she gave me shows that sold out.

“I just had my forty-fourth or forty-fifth show with her. That’s how long our relationship has been.”

Fred KenKnight was displaying his art in La Jolla, California, when Anne met him. “In 1976,” she recalls, “we purchased a van and traveled all over the country.” Wherever they stopped, Fred painted. “People would come up and buy the paintings.”

Steve Jackson was the friend who walked into Village Galleries and introduced Lynn to Fred’s art. “His parents lived in Pa‘ia, and Steve kept asking us to come,” Anne says. They did. By then Lynn had been carrying Fred’s work for five years — without their having met. “We’d get an envelope from Village Galleries, and there’d be a check inside,” says Anne. “And always a note from Lynn, saying ‘I love your work.’ When we walked into the gallery, there was Lynn. We felt like longtime friends.”

Jon KenKnight was seven the year Art Maui started. His older brother, Dan, asked Lynn if they could enter Art Maui. “Lynn told them, ‘I think you should,’” says Fred.

“Jon got in!” Anne adds with a grin. “The next year, Art Maui changed the rules; you had to be eighteen. But Lynn sold their little watercolors in the gallery. She’s been like an aunty to the boys. I call her the Mother Teresa of art.” 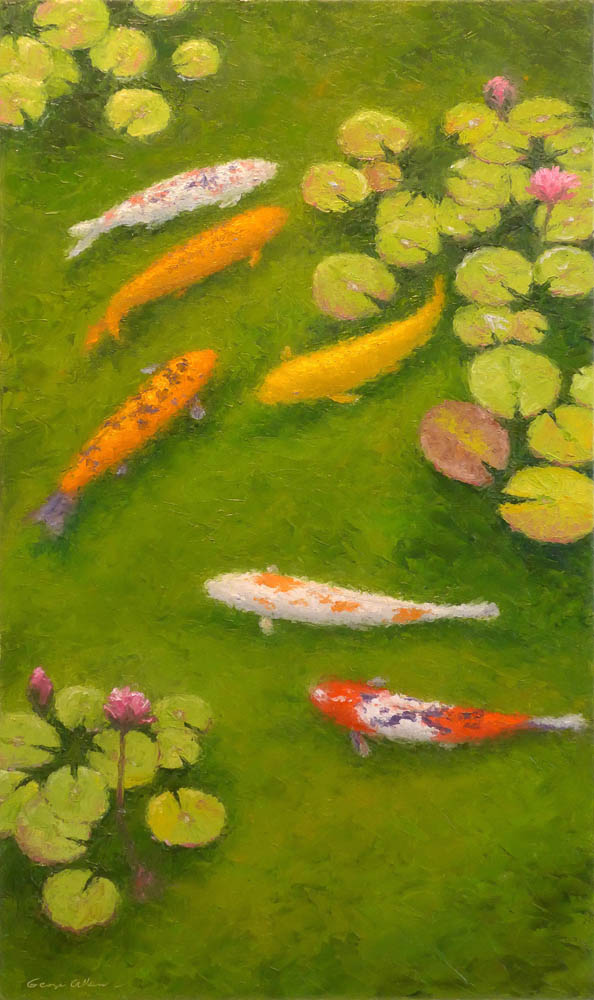 George Allan arrived on Maui in 1973, sailing into Lahaina Harbor aboard the Carthaginian, the 1920 steel-hulled sailboat that berthed at Lahaina Harbor for decades, serving as a museum for the town’s whaling past.

“Can I be gushy?” he asks. “Lynn put me on my feet, got me going in art full-time. When I got here, I was selling my stuff for $25 on the street. I’ve been with her for forty-six years.

“And of course, Anne KenKnight has always been important. She’s been the manager of the Ritz gallery ever since it opened.

“One night the ladies there were going out for a drink, and I said I’d watch the place. They were gone two or three hours. When Lynn came back, I said I’d sold one thing: a brown print. She said, ‘What was its name, and who was the artist?’ I didn’t know. All Lynn did was laugh. She asked what the print looked like and figured it out.” 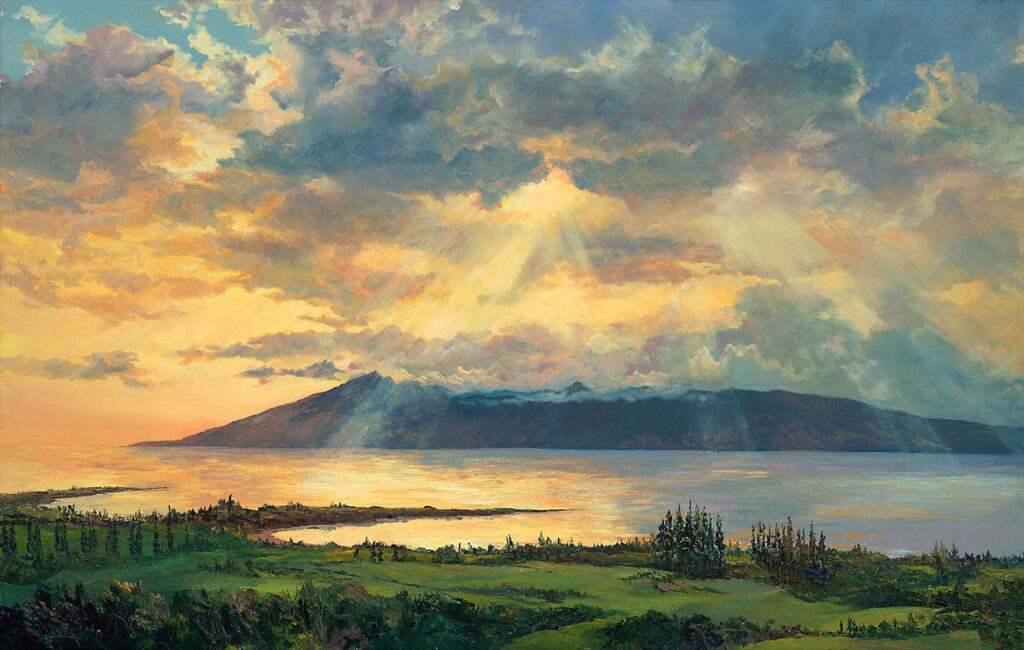 Betty Hay Freeland moved to Maui not long after her husband, Keoki, became the head of Pioneer Mill, back when it was still an active sugar mill.

“She had painted before,” Lynn recalls, “but not seriously. One day she saw a piece of art and said, ‘That’s too expensive. I can paint that.’ She did.”

“I was still living on O‘ahu,” says Betty Hay. “A drug store in Pioneer Inn showed my small paintings. When I came back to Maui, they said this gal [Lynn] had taken them to this place called Whalers

Village that was just opening. I’ve been with her ever since.” 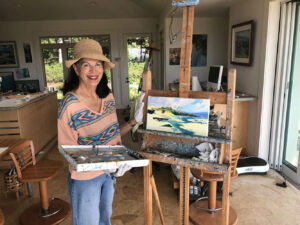 Betty Hay was one of the artists who helped Lynn buy the gallery on Dickenson. “You’d get repaid as your work sold; she wouldn’t take commission. And you’d get an annual show.”

How many paintings has Lynn sold for her over the years? Betty Hay laughs. “I don’t know. I’m not even sure Lynn does. She’s in it because of her love for the arts and the artists.”