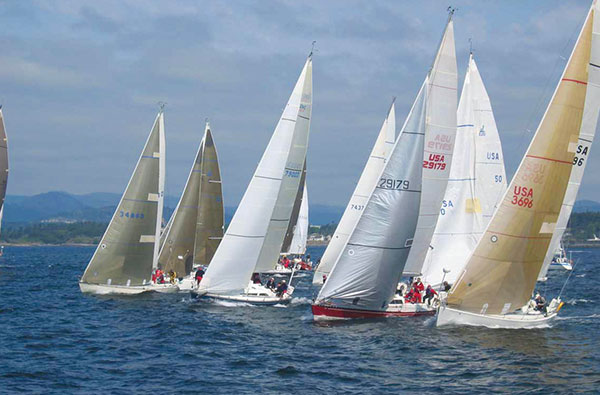 What can happen during a 2,300-nautical-mile yacht race from Canada to Maui? Anything from nausea-inducing thunderstorms that strike at three o’clock in the morning, to rogue waves that pummel crew from port to starboard, to windless days that leave boats wandering like driftwood, says veteran sailor David Sutcliffe. “What will happen without a doubt is dehydration and sleep deprivation, and, of course,” he adds, “the thrill of experiencing one of life’s biggest adventures.”

Founded in 1965 and held every other year since 1968, the Vic-Maui International Yacht Race is the granddaddy of Pacific Northwest races both in distance and difficulty. Sailboats launch from Victoria, British Columbia, on Canada’s west coast. Crews scramble from the get-go, maneuvering against headwinds through the Strait of Juan de Fuca while dodging oil tankers and cruise ships for fifty-five miles before reaching open waters. 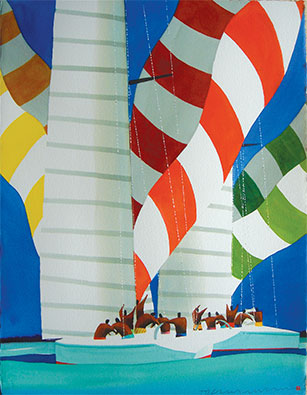 Battling through the strait, according to Sutcliffe, a past winner who also chairs the event, is one aspect that sets Vic-Maui apart from other races to Hawai‘i. The other is trying desperately to avoid the North Pacific High, a moving high-pressure system with a nearly windless center. “You might be going nowhere for days,” he says. “That’s actually harder on a person’s psychology than sailing in a storm.” On the final leg, crews must latch on to trade winds that power them toward the Islands.

But out at sea, nature is both madman and muse. Pods of leaping spinner dolphins are a common sight, and sperm whales — of Moby Dick fame — have been known to glide alongside boats. Nighttime brings billions of stars into stunning focus. “The air is so clear out there, they look three-dimensional,” Sutcliffe says.

The race starts on July 3, and spectators can track the movements of all fifteen boats via satellite by visiting the Vic-Maui website (vicmaui.org), which is what friends and family on Maui will be doing while awaiting the crews’ arrival at Lahaina Harbor. That brings to mind another difference between this race and other transpacific contests: This is the only one where the finish isn’t O‘ahu.

“We really like Maui,” Sutcliffe says. “I couldn’t imagine finishing anywhere else.”