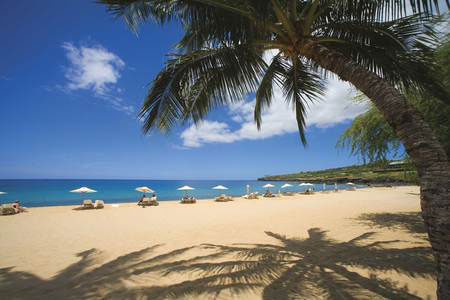 Ever notice how some weekends last longer than others? A long weekend, when approached with the right frame of mind, can have life-altering effects. By temporarily shrugging off your to-do list, you can let spontaneity inspire a whole new set of priorities.

In that spirit, I offer you three of Hawai‘i’s best long weekends: epic journeys capable of turning back the clock to that blissful time in life before we had to be somewhere fast. In fact, where we’re headed, you can’t get anywhere fast. Travel happens around two to five mph on rain-forested highways or coastal trails, by foot, ferry, four-wheel drive, or mule. And leave your cell phone behind—it won’t work where we’re going, anyway.

I’ve occasionally heard tourists complain about the exhausting drive to Hana. Auwe! (That’s Hawaiian for “what a shame!”) They traveled all that way and missed the miracle?

The world-famous road to Hana embodies the truism: “It’s the journey, not the destination.” In this case the destination also happens to be heavenly. To enjoy it, you must abandon any notion of convenience. Nothing is convenient about the serpentine sixty-three-mile “highway”—a mere sliver of pavement weaving between rain-forested cliffs and sheer drop-offs to the roiling Pacific below. Exhale your control issues with each hair-raising S turn. Roll the windows down. Pull over to pick guavas or dip your toes in a waterfall-fed pool. And trade off driving with your travel partner!

This adventure prepares you for Hana town: an organic wonderland where the weather often serves as the evening’s entertainment. Swirling fingers of mist creep in from the deep valleys. Fat raindrops spatter banana leaves with staccato notes. Lightning dances out at sea while thunder stomps through the mountains. In the morning, warm sunshine erupts in a hundred sparkles, causing everything and everyone to ripen and bloom.

Don’t miss daybreak in Hana. Strap on trail-running shoes and head to Wai‘anapanapa State Park to view the sun ascending from the sea. Jog along the salt-sprayed lava stones of an ancient coastal path. (You’ll need shoes with plenty of grip.) Stop to stretch and admire the sea arches, blowholes, and archeological sites along the way. Take a rejuvenating dip in the chilly cave pool. (Experienced locals bring underwater flashlights to explore lava tubes that lead back to the sea.) Warm up by catching the day’s first rays on the startlingly beautiful black-sand beach.

The Hotel Hana-Maui offers an alternate way to greet the morning: daily yoga classes. After a round of sun salutations, hit the ranch store for Hana-grown coffee. Visit Ono Farms fruit stand down the road for the world’s best organic papayas and bananas.

Stock up on snacks for your next adventure: hiking to hidden Kaihulu Beach. From the parking lot at the end of Hauoli Street, find the path winding around Kauiki Hill. (Be aware that the trail is steep and slippery, with no railings, and some folks enjoy the beach sans swimsuits.) Stunning coarse red sands washed by crystal blue waves welcome you at the trail’s end. After dousing yourself in the beach’s spa-like natural whirlpool, continue on to famed Hamoa Beach. The salt-and-pepper sands here provide a soft platform for excellent bodysurfing waves. Shuck a coconut and live like a local.

Venture further down Hana Highway to ‘Oheo Gulch, where you can hike through a magical bamboo forest to Waimoku Falls. Go ahead: imagine yourself skimming the leafy tops of the branches, like the martial arts masters in Crouching Tiger, Hidden Dragon. No one is nearby to giggle at you.

After your muscle-bending adventures, only one remedy will do: a treatment at the Hotel Hana-Maui’s Honua Spa. Then, for the only entertainment in town (besides the weather), pull up a stool at the Paniolo Lounge. Local musicians will lull you into relaxed bliss with sounds of old and new Hawai‘i.
Make Yourself at Home:

Of the three weekend destinations, Lana‘i is the one with a measure of convenience. The forty-five-minute ferry ride from Lahaina deposits you just steps from Manele Bay, a gorgeous beach frequented by spinner dolphins. (During winter’s rough seas, the ferry ride can be an adventure in itself. Down a few Dramamine tablets if you’re at all worried.) If you’re a guest at one of Lana‘i’s two Four Seasons properties, staff is onboard to assist with your luggage. If you’re not, stand around looking lost long enough and someone will help you. People on Lana‘i are like that.

Amble aboard the resort shuttle, which will take you everywhere there is to go outside of four-wheel drive. It’s free for hotel guests; non-guests can use it for a fee. Plan to rent a jeep for a day of exploring Shipwreck Beach and the ghost towns on the island’s wild western coast.

Hunt for petroglyphs using the hand-painted map available at the Four Seasons’ concierge desk. (It’s pretty enough to frame.) Plow confidently through the thick sand of the coastal roads; any hesitance will result in a time-consuming stall. In fact, that’s a good rule of thumb for your weekend adventure. Like my grandfather always says, “Go for it!”

On the way back into town, the Lodge at Ko‘ele offers top-class skeet shooting and archery practice. Indulge in a war whoop or two while blasting clay pigeons and navigating the wild terrain by golf cart.

Now that your sporting appetite has been whetted, satisfy it with a mean game of foosball at Hale Ahe Ahe (off the lobby at the Four Season Manele Bay). Sink into the leather couches at this swank cocktail lounge for a bird’s-eye view of the sun setting into the sea, an earful of live Hawaiian music, and a mouthful of gourmet bar food: wild mushroom pizza and kalua pork nachos.

Gourmands should reserve a table in the Lodge at Ko‘ele’s Formal Dining Room—truly one of the state’s best (and least celebrated) dining experiences. Flawless service, an air of bygone formality and regal indulgence, a wine cellar stocked with treasures, and fresh local produce and venison add up to five-stars. Bring a sweater for an after-dinner stroll through the resort gardens.
Make Yourself at Home:

Moloka‘i . . . my sister has almost forgiven me for our first trip to “the Friendly Isle.” We arrived late, after an eternity-and-a-half-long ferry ride, which she spent stoically fighting seasickness. No one arrived to greet us at the dock, thanks to an Internet booking glitch.

Night had fallen. My cell phone didn’t work. Feeling like the worst big sister ever, I wondered where and if we would sleep that night. Two ladies cruising the harbor (is there anything better to do on a Friday night on Moloka‘i?) offered help. We slept on their living room floor. People on Moloka‘i are like that.

In the morning they deposited us at the Moloka‘i Mule Ride office—an antiquated barn where a young muleskinner readied our steeds. My sister climbed onto a grayish-black mule named Po‘ele. (Had we attended Hawaiian studies in school, we might’ve known that Po‘ele doesn’t mean “lightning,” as our guide claimed, but rather, “dark, black, vanishing in darkness or ignorance.” Sorry, Sis!)

The lush trail leading down to Kalaupapa peninsula offers ravishing views at every turn. I could stare from the saddle to the seafloor, roughly 1,700 feet below. The muleskinner’s soft whistles kept the mules in line and calmed my nerves. Not my sister’s. She spent the two-hour descent white-knuckled, clinging to the shred of hope that she’d survive as Po‘ele insisted on passing other mules on the narrow trail. (Maybe “Lightning” was his middle name.)

At sea level, Kalaupapa peninsula reveals its awe-inspiring terrain. In this land of superlatives, the world’s highest sea cliffs spill with waterfalls, and dramatic lava islets jut from the waves offshore. Sadness and beauty rival one another at stunning Kalawao, where hundreds of Hawai‘i residents were abandoned to suffer from the effects of Hansen’s Disease (once called leprosy) in exile. Haunting, heartbreaking, and geologically intriguing, this landscape will linger in your memory. My sister breathlessly declared it the most beautiful place she’d ever laid eyes on.

Further adventures beckon “topside” (what old-time Kalaupapa residents called the area beyond the cliffs, restricted from their reach). Mo‘omomi preserve is one of few untouched coastlines in the main Hawaiian Islands. The Nature Conservancy purchased the site from Moloka‘i Ranch in 1988, recognizing it as one of the state’s last best places—a rare, intact coastal dune system. Home to twenty-two native plants, several of them critically endangered, it’s a nesting ground for green sea turtles and native seabirds.

It’s culturally significant as well; since the eleventh century, Hawaiians have gathered salt, limu (seaweed), and shellfish at Mo‘omomi—subsistence practices that continue today. Sign up in advance for one of the monthly hikes led by Conservancy volunteers. They’ll navigate the treacherous entry road for you and point out easy-to-miss treasures: buried fossils and turtle nests.

If you’ve worked up an appetite, push through the saloon-like doors of the Kualapu‘u Cookhouse. Dare to try the panko-crusted Monte Cristo. (For the uninitiated, it’s a ham, turkey, and Swiss sandwich tempura-fried and slathered in whip cream and strawberries. Yowza!) Wash it down with a cup of Moloka‘i-grown coffee.

While the living room floor was cozy enough emergency accommodations for my sister and me (she’s already asking about next trip over), you’ll want to reserve a room at Moloka‘i Ranch Lodge or Hotel Moloka‘i. But don’t rule out making friends on this traffic-free island, where everyone still waves hello. Authentic aloha spirit reigns here, rather than the polished tourist industry version found elsewhere. It might be unfamiliar at first. But if you’re lucky, it might just rub off on you—the best possible souvenir. And when you return to your regular life, don’t be surprised if  “kick back” or “hang loose” starts appearing on your to-do list.
Make Yourself at Home:

• (Moloka‘i Ranch has closed since the printing of this article.)