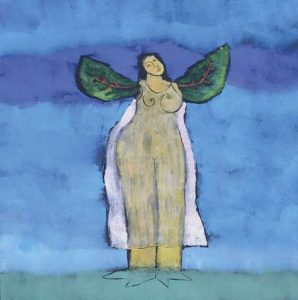 “No Mo Plastic” campaign coordinator Heather Riley says local businesses jumped at the idea to banish plastic. Many had investigated switching to alternatives themselves, but found the high costs prohibitive. Together, they can buy lower-priced bulk quantities.

Local designer Tami Snodgrass created the logo for the reuseable canvas totes—silk-screened with soy-based ink. To pay for the initial order of bags, local artists have donated their work on eleven hand-painted oversized jute handbags that will be auctioned off for project seed money. You can view them on display at various Pa‘ia’s boutiques. Bid for these beauties online at: nomoplasticbag.com/artists. Auction deadline is November 24th.

According to the No Mo Plastic website (www.nomoplasticbag.com), consumers use plastic bags for twelve minutes before disposing of them. Those bags linger in the environment for decades. Plastic does not biodegrade; it photodegrades, breaking into increasingly smaller bits, contaminating the soil and waterways, and ultimately—and fatally—entering the food web when ingested by animals.
—Shannon Wianecki 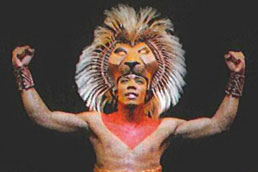 Long Live the King!
(And we’re not lyin’)

The national tour of The Lion King, playing now through December 9 at the Blaisdell Concert Hall, roars with vitality, bringing the familiar animated Disney tale to larger-than-life presence—well worth a puddle jump to Honolulu. Be prepared for sensory overload. The chicken-skin “Circle of Love” opening is a spectacle of anthropomorphic characters that saunter, march and fly. Lanky giraffes, leaping antelopes, soaring birds, lumbering elephants and graceful cheetah descend the aisles to gather onstage. The entire theater is filled with haunting African song, wildly inventive costumes, and eye-popping stage design. Throughout the show, actors move with gorgeous animal instinct while delivering first-rate performances.

The Lion King first appeared in 1998, winning six Tony Awards, including Best Musical, featuring songs by Elton John and Tim Rice and choreography by Garth Fagan. The play’s tremendous success, however, is most often credited to Julie Taymor, director and creator of the ingenious costumes and set design. Masks and puppetry are used to portray the animals, yet the faces of the actors are never hidden. Human expression is as important as the costume, and neither is compromised. Equally remarkable is Taymor’s use of native African materials, voice, and cultural sensitivity. Gugwani Dlamini, as Rafiki, the wise baboon, delivers a deeply satisfying performance, adding emotional power to the African elements. Geno Segers (a retired rugby player) is a hugely convincing Mufasa, his deep bass voice a complement to the energetic and endearing young Simba, played by Trevor Jackson. Kevin Gray is a wonderfully wicked Scar. Youngsters will not be disappointed, as the plot and characters remain true to the original animated feature, including the Disney wit and comic sidekicks. The Lion King is a royal treat for young and old. 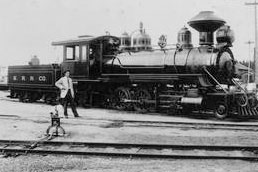 Woo-woo!
Tracks all the way to Wailuku.
Woo-woo!
The first train of Hawai‘i.

Trains hauled goods to stores and mills, pineapple from field to cannery, and passengers to school or work. The military took over the rails during World War II, transporting everything from food to amphibious vehicles. After the war, as cars, trucks and buses became common, railroads all over Hawai‘i shut down. It was on Maui in 1966 that the Islands’ last working steam engine made its final run, relegating rail in Hawai‘i to a few miles of track for tourist rides. Ironically, decades after that last journey from Pauwela to Kahului, many people today suggest railroads as a solution to Maui’s traffic woes.
—Jill Engledow 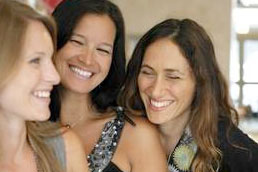 I pledge a toast: here’s to out-sparkling your champagne flute on New Year’s Eve. That golden, light-catching libation is a thing of beauty, yes, but designers and boutique-owners who live and work on Maui think we can look better.

So says Tamara Catz, whose self-named store is on Hana Highway in Pa‘ia. “If you asked me five years ago, I would have told you how to dress more casual chic, more Maui-style. But now I say go for it, full on. Dress like you’re in the city.” To walk her glamour talk, Catz’s winter collection mixes structured metallic-fabric blends — embellished with beading or geometric patterns—with breathable jersey, creating comfortable dresses that are truly wearable in Hawai‘i’s humid climate.

Catz thinks the trend here is becoming “more dramatic,” for example, wearing a dress that’s “super long . . .or super short,” an oversized dress or something with puffy sleeves, “but then cinching a belt at the waist to show your silhouette.”

A former designer for Catz, Maggie Bijl now owns her own shop, Bohemia Boutique in Wailuku. She agrees that today’s style “is becoming almost 1940s. Very structured with little waists, even pencil skirts.” Adding, “Everything is coming back to the body now.” (Good thing showing some skin never goes out of style in the Islands!)

But, according to Catz, the dress itself is only one part of a sophisticated party ensemble. “To just do the nice dress with flip-flops . . . no! Express yourself. Do the nice dress and the high heels. Have the earrings, have the belt, have the hat, have the rings.”

Ah, pretty baubles. “Costume jewelry is really in,” says Bijl. You can raid Granny’s jewelry box for pins and brooches, artfully organizing them at the waist, up the lapel to one shoulder. But for the ultimate sparkle? Impress the likes of even Holly Golightly with some diamonds from Tiffany’s.
—Ashley Stepanek 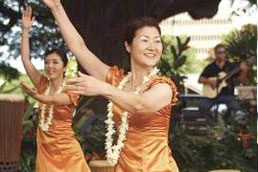 Attuned to the Ancients

There’s a place on Maui where old Hawai‘i meets new. It’s the Bailey House, located at the mouth of ‘Iao Valley. Built in 1833 on the royal compound of Kahekili, Maui’s last king, it was once the residence of Edward Bailey, missionary and painter. He and his family established the Wailuku Female Seminary on the property. Today the Bailey House is a museum, archive and gift shop operated by the Maui Historical Society.

Every Thanksgiving weekend it is also the backdrop for the museum’s annual concert and craft fair, E Ho’oulu Aloha—To Grow in Love. The celebration is a Who’s Who of Hawaiian music and dance: Uncle Richard Ho‘opi‘i, legendary master of falsetto; Uluwehi Guerrero, celebrated kumu hula; and Lei‘ohu Ryder, musician and teacher. According to Roz Lightfoot, Bailey House’s executive director, the concert is “old Hawai‘i. It’s what the Bailey House is about; not just preserving but also sharing.”

This preservation doesn’t come cheap. The museum’s archives house valuable documents, photographs and artifacts—expensive to maintain—and thus the concert, the society’s only fundraiser.

For ticket and other information about this November 24th event (at the museum’s Main St., Wailuku, location), call 244-3326.
—Nancy Kanyuk