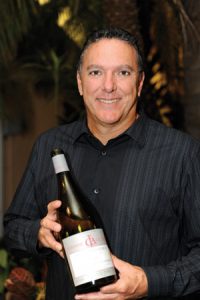 Earlier this year, Spain inspired the globe by winning its first World Cup. Soccer isn’t its only triumph. The country is scoring in the wine world, too, with satisfying, exotic flavors at all price points, from picnic- and party-friendly wines, to adventurous and enticing indigenous varietals.

Travel around the country, and you’ll find that Spain represents some of the most exciting values for the consumer: lush Tempranillo/Cabernet-styled wines from the Ribera del Duero region; old-vine Garnacha (Grenache) from Calatayud, and Monastrell (Mourvedre) from around Jumilla—each of them a treat for everyday drinking.

La Mancha’s example of the classic Tempranillo grape offers exciting potential; the region’s light reds compliment many foods and pair beautifully with our local fare. In the northeast, bordering Portugal, the coastal area of Rias Baixas is home to fresh, floral wines from the Albarino grape. Their seashell minerality creates fantastic combinations with oysters, shellfish and seafood of all types. Rueda’s Verdejo varietal delivers a dry, Sauvignon-like wine with a distinctive aromatic touch

Spanish wine pioneer Jorge Ordonez and Master Sommelier Sara Floyd send many of their wine offerings to Hawai‘i. Seek these out for your next fiesta. Salud!

Charles Fredy is an advanced sommelier with the Court of Master Sommeliers, and a certified specialist of wine with the Society of Wine Educators. A thirty-two-year veteran of the wine-and-spirits industry, he is director of sales and marketing for Chambers & Chambers Wine Merchants Hawai ‘i.