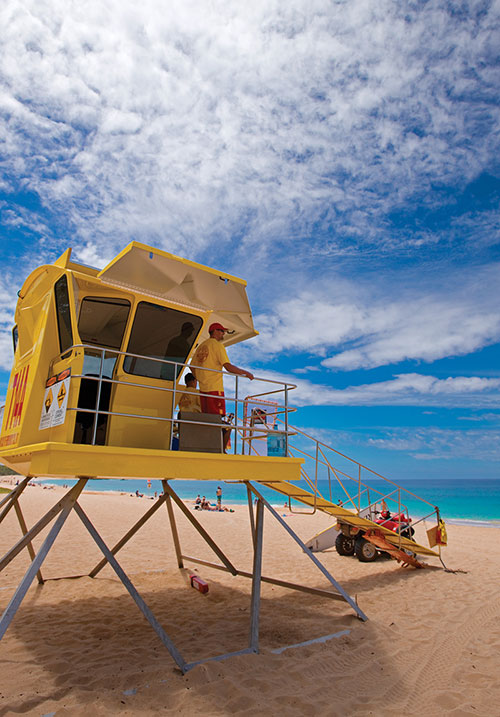 As she lay in a hospital bed with a fractured collarbone and sprained wrist, Seattle resident Tonya Martinez suddenly realized how “Big Beach” earned its name. “It was a vacation to remember,” she says wryly, recalling her 2002 encounter with the monster wave that nearly swallowed her alive.

Big Beach, the remote expanse of coastline that stretches across Makena State Park, is home to a powerful shore break that can unleash colossal waves and relentless rip currents—often without warning. Yet the setting is deceptively alluring, which makes it particularly dangerous for anyone unprepared to square off against such an unpredictable—and unsupervised—force of nature. Fifteen years ago, liability issues forced county lifeguards to relinquish their posts at Big Beach, leaving residents and visitors alike to brave the shore break miles away from rescue personnel.

But on May 1, 2009, Maui celebrated the return of lifeguards to Big Beach, thanks to a long-awaited memorandum of agreement between county and state officials. “It’s about time,” says Martinez. “People will feel safer.” Guard towers are now stationed at both ends of the park, staffed by lifeguards who will keep a close eye on swimmers, surfers, snorkelers—and everything else under the sun.