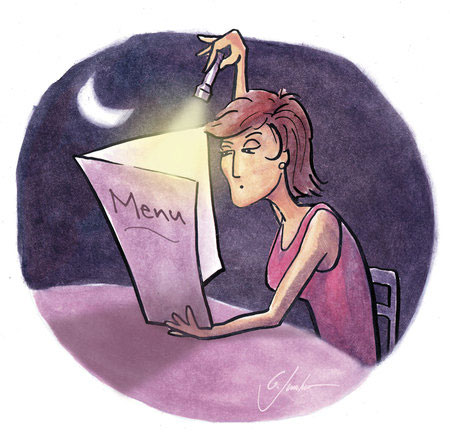 Speaking of this year’s wine fest—have you oenophiles out there recovered yet? Whew! The title of Kent Torrey’s cheese seminar sums up the weekend’s festivities: “The Big, the Bold, and the Intense.” Cheese whiz Torrey served a husky, kiawe-smoked barbecued chevre from Maui’s Surfing Goat Dairy, along with fancy fromage from Holland, Spain, and Italy. The “Cult Cabs” seminar was another fest favorite. Sommeliers shared a few small-batch New World cabernets that have accrued international cult status. Lucky guests swirled, sniffed, and sipped high-dollar pours to their hearts’ content. Add “dizzyingly expensive” to “big, bold and intense” and you get the picture.

For more affordable fare, save your scrip for Filipino pancit, Puerto Rican pastelles, Hawaiian-Japanese poi mochi, Spanish tripe stew, Chinese chow fun, Korean kalbi ribs, and Portuguese malasadas at the Maui County Fair. (If you’re not hungry yet, you probably don’t have a “Born and Raised” bumper sticker on your car.) Talk about a melting pot!

Sample a trés gourmet version of this plantation-era cuisine at Ko, the Fairmont Kea Lani’s new restaurant. If you crave Perrier Jouet with your pancit, this is your place. Thanks to MNKO’s guest wine expert, Charles Fredy, Ko offers one of the snazziest drink menus in the Pacific. Fredy revived some oldies but goodies: daiquiris with muddled strawberries, circa 1896, and the ancient Sazarec—ultra-hip with today’s trendsetters. Miz Gossip was particularly tickled by “Three Nenes”—a lovely medley of Grey Goose l’orange, Citron, and La Poire Vodka. All that and a super-informative sake list, complete with diagrams. One teensy complaint, as far as Ko goes: the courtyard plunges into darkness seconds after sunset. Your befuddled Gossip was given a mini-flashlight with which to squint at the menu.

Gossip’s divine sources say that D.K. Kodama will unveil a plantation era-themed restaurant of his own, Cane and Taro, in Rusty Harpoon’s former spot. Hmm . . . Cane and Taro . . . Ko . . . You might say that sugar-plantation cuisine has really caught fire. Gazing deeper into her crystal ball, Miz Gossip sees something in the future for Bev Gannon . . . could it be a new restaurant? Yes . . . but where? Quick, pull out the ouija board. W-A-I-L-E-A!

Finally, sharpen your pencils, fellow foodies! The ‘Aipono Awards ballot will be in the next issue of MNKO. Yes, you can vote online. Now get out there and research!