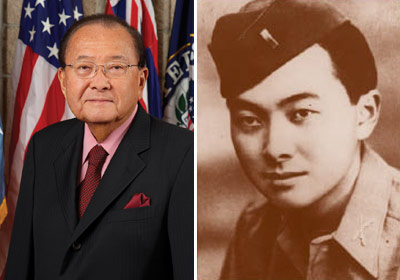 On December 17, 2012, America took a respite from a host of troubles — the Newtown school shootings, Hurricane Sandy, and political paralysis in Washington — to mourn the death and remember the life of Hawai‘i’s Senator Daniel Inouye.

The national press celebrated his courage on the battlefield during World War II, where he lost an arm and earned the Congressional Medal of Honor, and his career as the Senate’s longest-serving member. Hawai‘i newspapers highlighted his legacy of fighting for marginalized minorities, especially Japanese-Americans interned during WWII, and native Hawaiians.

To diversify the state’s economy, Inouye helped develop the assets of all the Islands. Maui seemed to especially benefit from his largesse and skill, perhaps because he felt an emotional tug. His beloved first wife, Maggie Iwamura, came from Wailuku. His mother, Kame Imanaga, was born in Pu‘ukoli‘i, and after being orphaned, was cared for by Hawaiian families in the plantation community, a time she recalled as the happiest in her life.

Maui also benefited from Inouye’s close relationship with the late Masaru “Pundy” Yokouchi. Every year, at the Maui Economic Development Board’s Ke Alahele fundraising dinner, the senator would remind the audience that he’d gotten involved in the Maui Research & Technology Park in Kihei because Yokouchi had called him and said, “I have a story to tell you.” Pundy’s persistence paid off. Inouye not only supported the project, he steered Hawai‘i’s first supercomputer to the R&T Park.

Three decades later, in August 2011, at the launch of the renamed University of Hawai‘i Maui College, Sen. Inouye announced the procurement of a $20 million National Science Foundation grant as part of the funding for the Advanced Technology Solar Telescope at the Haleakala High Altitude Observatory. Distributed to the college over ten years, the grant will help pay for education in science, technology, engineering and mathematics (STEM) for native Hawaiians.

The senator had been invited to be the event’s keynote speaker by UHMC Chancellor Clyde Sakamoto, who in his youth had interned on Inouye’s staff. The senator proved a supportive boss, later helping Sakamoto to nurture vital educational and economic initiatives for Maui County. Responding to the needs of Lana‘i’s displaced agriculture workers, Sakamoto crafted the beginnings of a massive Rural Development Program for which the senator ultimately procured a $44 million grant (See “Visionary,” MNKO March/April 2012).

Inouye’s support for young people was extraordinary. He once rescheduled a business-conference lunch so that he could chat over ice cream with students from Maui’s Excite Camp, which introduces middle-school girls to STEM careers. Jeanne Skog, president of Maui Economic Development Board, remembers, “He seemed as much in awe of them as they were of him. The exchange between him and students told a lot about where his heart and core values were.”

Inouye’s strategic vision for the island’s future was based on coupling funding for projects with support for education, so that Maui residents could take advantage of the opportunities those projects would bring. Leslie Wilkins, MEDB’s vice-president and founder/director of Women in Technology, told me how Inouye obtained funding for the STEM-related program while teaching MEDB staff how to write peer-reviewable papers and leverage the initial dollars to find partners and identify targets for further fundraising. Inouye was an unabashed defender of Congressional earmarks for such projects, and as Wilkins recalls, “He told us when he saw our students and programs, [he] could say to Congress that the money spent in Hawai‘i was well spent.”

There was no cause Inouye was more devoted to than healthcare, specifically Maui’s community health centers in Hana, Wailuku, Lana‘i and Moloka‘i. Dana Howeth, executive director of Malama I Ke Ola Health Center, says that between 2002 and 2009, Inouye procured $5.6 million to renovate the former Ooka’s grocery in Wailuku into a 36,000-square-foot health center that provides comprehensive health services to the underserved. “We are part of his legacy,” says Howeth. “We are here because of him.”

Inouye showed up regularly at business functions and other events, and could be humble, accessible and surprisingly candid. Clyde Sakamoto, chuckling, recalled that at that celebration for UH Maui College, the senator had looked around, turned to Sakamoto and said, “You know, Clyde, you cockroached a lot of money for the college.” It was a droll and down-to-earth moment between two veteran campaigners who knew how the political sausage gets made, but were proud of what they’d achieved together, especially the baccalaureate degrees that Sakamoto had fought for. Inouye acknowledged as much when he said, “It was an uphill battle to develop the four-year applied degrees [but] a wise investment, as far as I was concerned. Every naysayer in Honolulu made us more determined. The people of Maui County will benefit in the years ahead.”

Perhaps Senator Daniel Inouye’s greatest virtue was the sheer commitment to serve. Jeanne Skog reflected that his wartime experience may have determined “how he dealt with all afterwards: meet with adversity, figure out how to deal with it, press on.”